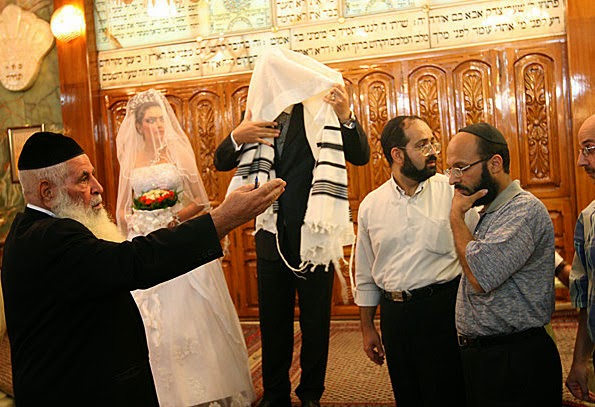 
Relations between Iran and Israel are almost non-existent, except for the bizarre fact that Iranian pistachios flow freely into Israel. Claudio Gallo  from the Italian daily La Stampa takes the pulse of the local Jewish community, and asks if pistachios are the best hope for diplomacy.

In the most popular part of south Tehran, not far from the bazaar, there is a famous Jewish institution: Sapir Hospital and Charity Center. It is an old building with white walls on Mostafa Khomeini Street, named after the late son of the imam, but everyone still calls it by the name it had before the revolution: Cyrus Street.


The hospital is named after a Jewish doctor who died in the 1930s fighting the typhus epidemic that decimated the city. Sapir is funded by the Jewish Association in the capital as well as the Islamic State, though both patients and staff are 97% Muslim. The medical director is Ciamak Morsadegh, a surgeon with the physique of a sumo wrestler who is also a member of the Iranian parliament representing the Jewish community.

Just out of the operating theater, Morsadegh explains that there are about 30,000 Jews in Iran (a figure contradicted by the latest census, which puts the numbers at under 10, 000 - ed) — the largest community in the Middle East after Israel — and half of them live in Tehran. "Every community has its own problems," he says, "But we live well here. There are more than 50 synagogues in the city, and a Jewish ghetto never existed here like it did in Europe (not true - Iranian cities had their mahaleh: the Tehran ghetto was called Oudlajan) . We are free to follow our religion as we please."

"We don’t need security outside synagogues," he adds, "Unlike in other parts of the world. There are a few limitations, however: A Jew can’t get to the higher ranks of the army or state bureaucracy. He will never be a minister or the president."

Military service is mandatory, as for everyone, but there are special permits during Jewish holidays. Among those killed in the Iran-Iraq war were 15 Jews (another source puts the dead at 150 Jews). "Things that really worry us, worry the rest of Iran too: jobs, inflation, the cost of living," he says.

Because of a topographical irony, one of the two kosher restaurants in Tehran is on Palestine Street. The owner, David Shumer, stands at the register. "We’re fine here," he says. "We’re fully integrated in society."

What about visiting Israel? "It’s not difficult. I’ve been there once." It’s still not so easy, though, as permits (especially multiple ones for families) are almost impossible to obtain. (Family members are kept back as hostages) . The truth is that Islamic authorities fear Israeli spies, and it complicates the relationship irreparably.

On the opposite side of Cyrus Street from the hospital, there is a small synagogue called Molla Hanina. It even has its own Facebook page, though it’s not possible to use Facebook in Iran. "In a synagogue, unlike in a mosque, men and women can pray together," Marjan, 20, proudly explains. Everyone here assures me that they have no problems with the authorities.

Oddly, the tenuous thread that unites the countries seems to be pistachio nuts. Israel is one of the largest consumers, and Iran one of the biggest producers. A few years ago, the Israelis quarreled with the United States to be allowed to continue importing Iranian pistachios. Could nuts actually spark diplomacy someday? Whatever the long shot, it seems to be the only hope.

If, as I suspect, the pistachio business is owned and controlled by regime elites, I'd rather Israels started grown pistachios domestically.