Would you honour the German Nakba? 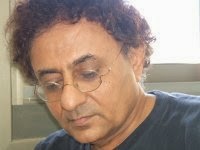 This excellent op-ed by Ben Dror Yemini (pictured) in Ynet News exposes the world's hypocrisy over the Nakbas of many nations. Take Germans displaced by World War ll, in contrast to Palestinian refugees displaced by the first Arab-Israeli war. Guess which one is considered the 'crime of the century'? (With thanks: Jonah)

The month of May had, with an interval of a few days, two milestones. On May 9, the world celebrated victory over the Germans in World War II, and on May 15, Nakba Day events were also held around the world.


The Allied victory over Germany did not end with outpourings of reconciliation, quite the reverse. Between 12 and 16 million ethnic Germans were expelled from central European states at the end of the war and in its aftermath. Between 600,000 and two million were killed during those expulsions, which included innumerable pogroms and massacres. MV Wilhelm Gustloff, a German ship carrying refugees, was sunk in January 1945 by the Soviet navy, taking with it 9,500 souls, but who remembers? What is more, representatives of the vanquished and of the refugees were not invited to the May 9 celebrations - their narrative did not appear.

And yet those who celebrated this great victory over evil crossed lines less than a week later to remember the great injustice that befell the Palestinians. They never dreamed of honoring the German Nakba, only the Palestinian one.

Now and then there have been proposals to pay compensation to those exiled to Germany. The countries concerned, such as Czechoslovakia and Poland, rejected the idea outright. No one denied the brutal pogroms and expulsions. "If someone were to sue us", they made very clear, "we would demand the money from Germany as war damages." Time passed, the wounds festered, but there was no compensation, and certainly no return. The European Court of Human Rights would take up a suit brought by a deportee – and promptly reject it.

The ethnic Germans, most of them innocent, were not the only ones who underwent forced displacement. Tens of millions in Europe and in Asia experienced same trauma in the same decade, both before and after the war's end. This is what happened to some 700,000 Palestinian Arabs.

And this is what also happened to 850,000 Jews. The Jews had a Nakba, so did the Palestinians, and so did the Germans. There was also a Polish Nakba, and a Hindu Nakba. Nakba was the cruel reality of that time. It was a global Nakba. For every nation, a Nakba.

According to Palestinian historian Aref al-Aref, some 13,000 Palestinian Arabs were killed in the 1948 War of Independence. We should indeed feel remorse for each death, but we should also take into account the fact that - according to impartial reports of the number of casualties, relative to the size of the population, or the number who fled or were expelled - the Palestinian Nakba was smallest of them all.

For the sake of comparison, in contemporaneous population exchanges between Poland and Ukraine, 100,000 people died out of the 1.4 million who were expelled from their homelands. Is anyone organizing a worldwide remembrance in their name? And yet, it is the Palestinian Nakba that is remembered around the world.

The Palestinians suffered. Every expellee suffered, paying the price for the actions of their leaders. The Palestinians had chosen Haj Amin al-Husseini to lead them, and growing evidence has been uncovered in recent years of his involvement in the extermination of the Jews.

Al-Husseini made clear that "the basic condition of our cooperation with the Germans was the freedom to exterminate the Jews of Palestine and the Arab world." He was one of the originators of the "Farhud" in Iraq, the first Nazi-inspired pogrom against the Jews in an Arab state. He worked against a deal to secure the release of Jewish children. He was the creator of "Operation Atlas" of 1944, which apparently included a plan to poison a quarter of a million Jews living in Palestine. He was not the only Arab leader of the time to identify with the Nazis – Fawzi al-Qawuqji and others did exactly the same.

Here and there one can hear claims that there is no connection between the problem of the Palestinian refugees and that of the Jewish refugees from Arab states. This is a ridiculous claim. A series of pogroms directed against the Jews in 1940s - primarily in 1948 in Aden, Syria, Libya, Iraq and Morocco - were a combination of anti-Zionism and anti-Semitism. Similarly, the Arab League decided in the same year to freeze Jews' bank accounts and to confiscate their money to fund the war effort against "Zionist aspirations in Palestine." This was the Arab struggle, managed by the Arab League and the Arab Higher Committee, and headed by al-Husseini.

So there is indeed something absurd about the claim of "no connection". The Palestinian problem is commemorated because the Arab world has systematically refused any offer of restoration. The Arab states even opposed UN General Assembly resolution 194, which offered the possibility of some kind of Palestinian return to their former homeland under certain conditions, on the grounds that it included recognition of a Jewish state under the Partition Plan.

it is about time that a mainstream journalist said what Ben Dror Yemini says here.

I have been saying it for years.
http://ziontruth.blogspot.co.il/2005/06/europe-agreed-to-massive-annexations.html

"We Muslims make the mistake of thinking Europeans really care about us, especially the Palestinians. We are wrong. Europeans simply hate the Jews more than they hate and fear us." - Ali Salim

This quote provides the only explanation you need for the double standards that exist.

Syrian Jew, of course. Salim has a lot of insight. Arabs/Muslims slaughter each other right and left in Syria, Yemen, Sudan, Iraq, etc. And the West doesn't care because they can't blame the Jews.

That quote from Ali Salim on the West/Europeans reminds me of a Midrash talking from the aftermath of Esau losing his birthright to Jacob, when Esau sought to ensnare Ishmael in the following plot by marrying Ishmael’s daughter.

"You – Esau said to Ishmael – kill your brother Isaac. I will kill my brother Jacob. Then we will become one nation, remaining sole heirs to all of Abraham’s legacy and property! Ishmael refused (seeing that Esau was unstable): ‘Am I then like Cain who killed his brother?! No, I will not do as you suggest.” Esau’s intention was to then kill Ishmael, and he would be left the sole heir."

While the above is surprising in the sense that in today's world muslims claiming themselves to be Ishmael's descendants seem to be both unstable and murderous whereas Esau's descendants in the West appear to be just unstable in despite the rational facade (while using muslims as proxies against the Jewish peopel without dirtying their own hands), it pretty much explains the Western self-destructive trait of hating Jews more than they hate / fear Muslims.

See the satire on Der Shnakbe
5:39 from Latma TV
"Their dreams were destroyed...."