Why did a senior ayatollah visit a synagogue? 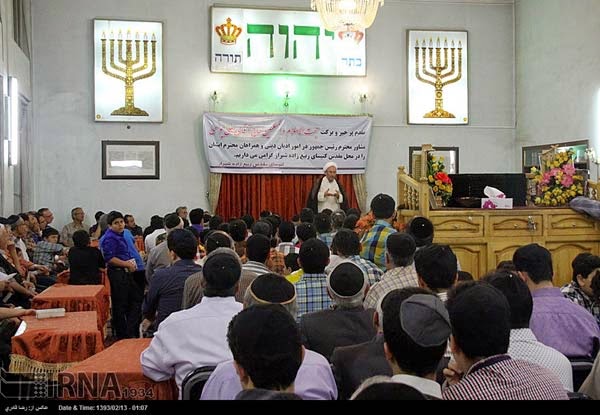 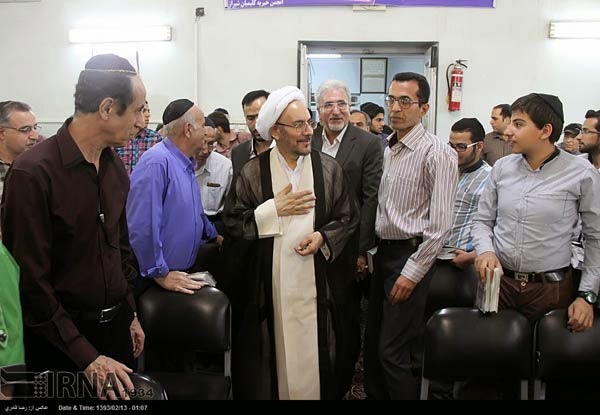 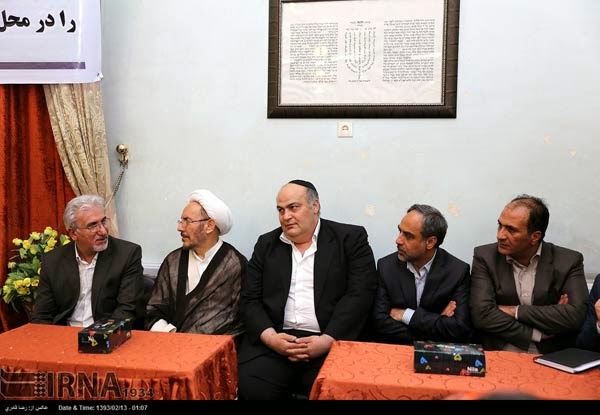 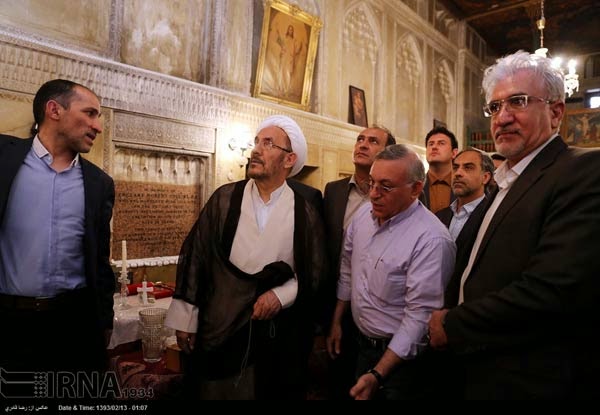 Ayatollah Younessi visiting non-Muslims in Shiraz on 1 May. The third photo from the top shows the lone Jewish MP, Siamak Mor Sedq, sitting to the right of the Ayatollah. The bottom picture was taken in an Armenian church in Shiraz.


Did a senior adviser to Ayatollah Rouhani, the President of Iran, visit a synagogue in Shiraz in order to denounce Zionism? Ayatollah Younessi came close to legitimising the influence of non-Muslim religions in a public relations exercise aimed at reassuring Jews and Christians in Shiraz that the regime will protect them from extremists like Al-Qaeda. However, he was careful to make the obligatory distinction between Judaism and Zionism.

According to Debka:
"most remarkably, he admitted that historical research and archeological excavations in the last 150 years had corroborated the Biblical account of the deeds of the Persian emperor Cyrus the Great (550-530 BCE).

(The Bible recounts that Cyrus issued a fabled decree for the emancipation of slaves, including the Jewish people, from Babylonian captivity, and allowed them to return to their homeland in Judah and rebuild their Temple in Jerusalem.)
That reference alone will undoubtedly be enough to bring Iran’s radical elements down on Yunessi’s head for his temerity in gainsaying precepts laid down by the founder of its Islamic Revolution.  Ayatollah Ruhollah Khomeini declared the Jewish Bible a forgery because of its many contradictions of the Koran text and denounced all Persian rulers prior to his revolution as symbols of despotism and repression.

According to the Islamic Republic News Agency:

"The Presidentˈs special assistant for ethnic and religious minorities Ali Younesi said religious extremist notion like that of the al-Qaeda has no place in Islamic thinking because it poses threat to global peace. He made the remarks here in southern country while talking to a gathering of Iranian Jews Friday evening. He said other divine religions such as Judaism, Christianity and Zoroastrianism too dismiss such extreme notions.


"Younesi further stressed that the general policy of the Islamic system in Iran and the present government in particular is that no Iranian be deprived of its rights for religious reasons.

"Representative of the Iranian Jews in the parliament Siamak Moreh Sedq said that members of the Jewish community have all throughout the history proved to be ˈgood Iraniansˈ fulfilling their national commitments.


Debka adds:  Yanessi did, however, take the precaution of pointing out that it would be a mistake to equate Judaism and Zionism because, he said, some Jews are anti-Zionist."

MIRACLES WILL NEVER CEASE
sORRYY FOR ALL MY PREVI9OUS TYPING MISTAKES? CATARACT IS NO LAUGHING MATTER
SULTANA

re.ps
it's because they are very smart aleckies.Also they know that the US would like to hear that
sultana

OT: In yesterday's Independence ceremony, intrepid military correspondent for Kol Israel, Carmela Menashe, lit the in honor (among others)
"of the glorious Iraqi Jewish community who left its assets behind and immigrated to Israel".


Carmela Menashe was born in Iraq.

"Why did a senior ayatollah visit a synagogue"?

Because it's in his job description.

He mistook it for a museum?

off topic/
The New English Review links to an article on a pogrom against Tunisian Jews in the JPost.

in order to disturb the sanctity of their Friday prayers!

Why? To spread Taqqiyah, you don't believe him do you? Mohomet killed the Jews in Kaybar, and Quresh...why don't you think there are any Jewish citizens allowed in Saudi Arabia today? It is the law and will of their god for it to be Judenrein, as a start for the rest of the world.....1st the Saturday people, then the Sunday people - you haven't heard of this?