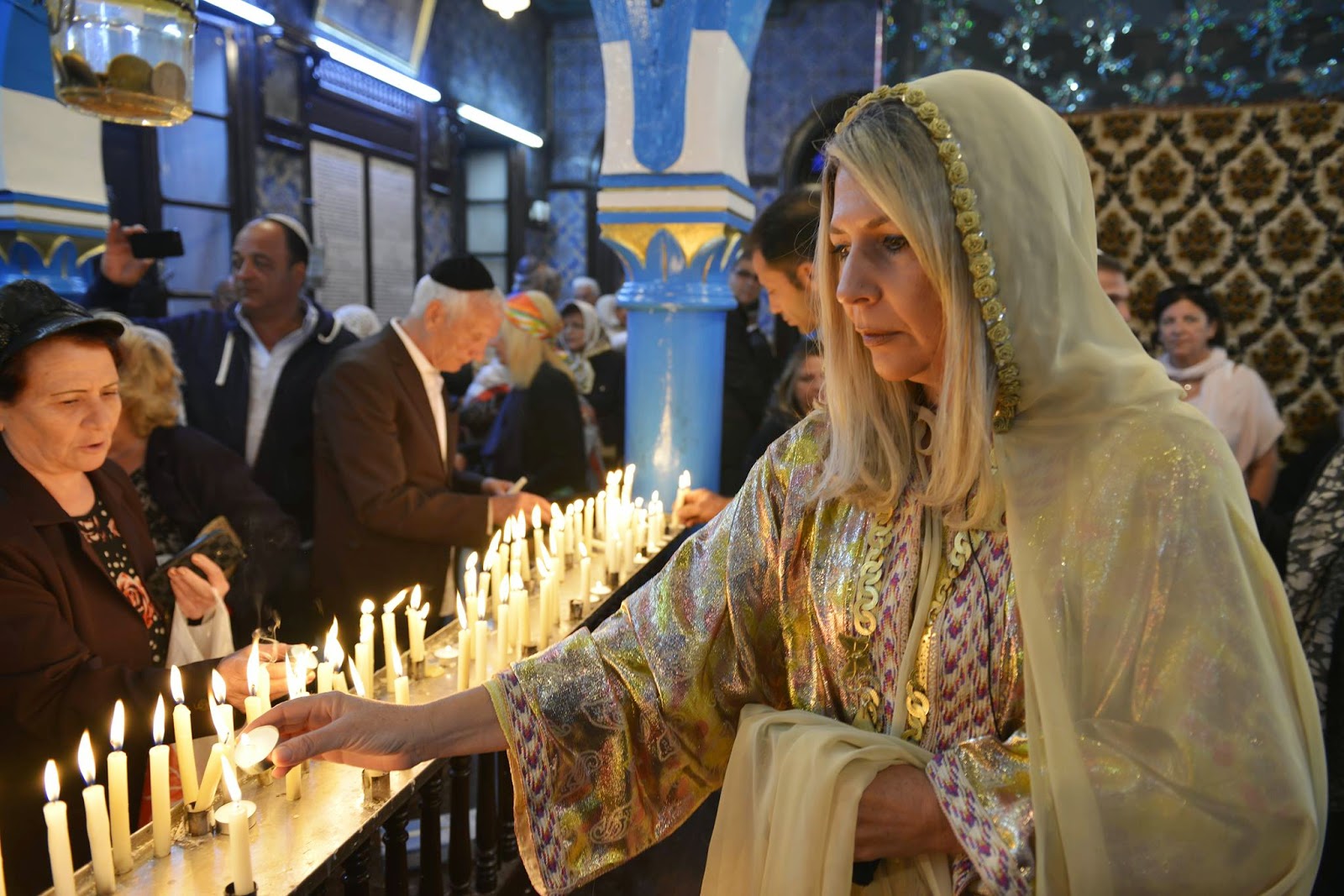 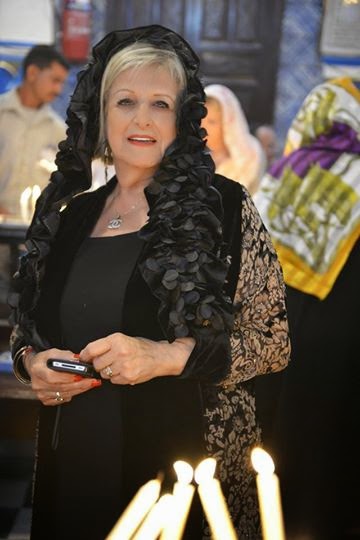 Two elegant pilgrims at this year's festivities, which attracted around 2,000 tourists

There was no clearer message delivered to the 1,500 - 2,000 Jewish pilgrims who attended this year's pilgrimage to the Al-Ghriba synagogue on the island of Djerba than the speech (French) by the country's personable minister of Tourism, Amel Karboul. 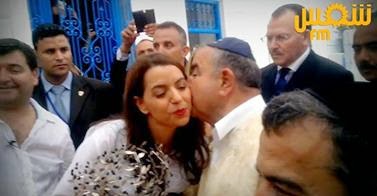 Minister of Tourism Amel Karboul gets a kiss from Perez Trabelsi, leader of the Djerba Jewish community

Mme Karboul must, along with the rest of the government, be heaving a sigh of relief that the annual Lag ba'Omer pilgrimage passed off without incident. All officials concerned pronounced the event a success. Tensions between Islamists, who accused the government of 'normalising' relations with Israel if they let in tourists travelling on Israeli passports, and pragmatic politicians such as Mme Karboul who appreciate the importance of Jewish tourism to the Tunisian economy,  were running high in the run-up to the pilgrimage. But the pragmatists won the day.

MEMRI has a good summary of the arguments on both sides of the debate. The summary ends with extracts from an article by an Al-Hayat journalist, Ahmed Maghrabi. He makes the distinction between welcoming Israeli tourists (he does) and supporting the Zionist enterprise (he doesn't).

The journalist Nizhar Bahloul of Business News wrote that Tunisia does not have the moral right to exclude Israeli tourists. There is no question of 'normalisation'. Besides, it is good for business:

"Current Prime Minister Mehdi Jomaa, [the head of the Jewish community in Djerba] Perez Trabelsi, and the Tunisian Hotel Federation have [all] reminded us that the El Ghriba pilgrimage is important for Tunisian tourism. An MP from Wafa, one of the most extremist Tunisian parties, pretended not to understand the connection between the Israelis' visit and tourism. Do we need to remind him that most of the tour operators in Europe, who fill up our hotels, belong to the Jewish community, and that they will not tolerate discrimination against their co-religionists?...

"Furthermore,... there is a question of principles. Tunisia does not have the moral right to prohibit anyone from performing his religious rites just because it controls access to this religious site. This is both indecent and immoral. Muslims are well acquainted with the sense of injustice [felt] whenever Israel denies Palestinians access to the [Al-Aqsa] mosque in Jerusalem. We Tunisians should not behave like the Zionist Israelis do in Israel. Don't we often say that Islam is of a religion of peace and tolerance? Then let us implement these values!"

Don't be under the illusion that Tunisia cares about its Jewish minority. Tunisian human rights organizations have spoken about the discrimination suffered by the Jewish community. Tunisia uses us in order to make money and to promote their country as "tolerant". Nothing more.

Jews are the barometer for the stability of the world or of any given country.
It doesn't matter if it's two or twenty thousand, their presence and safety sends a signal to potential non-Jewish tourists or travel agencies or foreign governments that the country is stable and safe.

Look at Algeria where there are no Jews: their tourism industry is practically non-existent. And how much tourism is there in Yemen? In Iraq?where Jews are not allowed? in Libya?

On the other hand, look at Morocco with all its festivals and thriving tourism industry and countless tours landing everyday and every hour in its airports. And Dubai where Jews are allowed.

Conversely, the present flight of Jews from France should tell us that it won't be too long before widespread violence erupts in that country.

Give it up guys, there are to few Jews in Tunisia and the birth rate is negative...That community will be gone soon enough. Israel needs bolstered and the remaining Jews should leave for there, the Jewish % of Israel is in decline while the Muslim % is growing...That is not good news at all for Jews since we know how tolerant islam is..

Libyan tourists like to visit Alexandria and the north west coast while the Gulf tourists are visiting Cairo and the east coast. טיסות זולות לחול