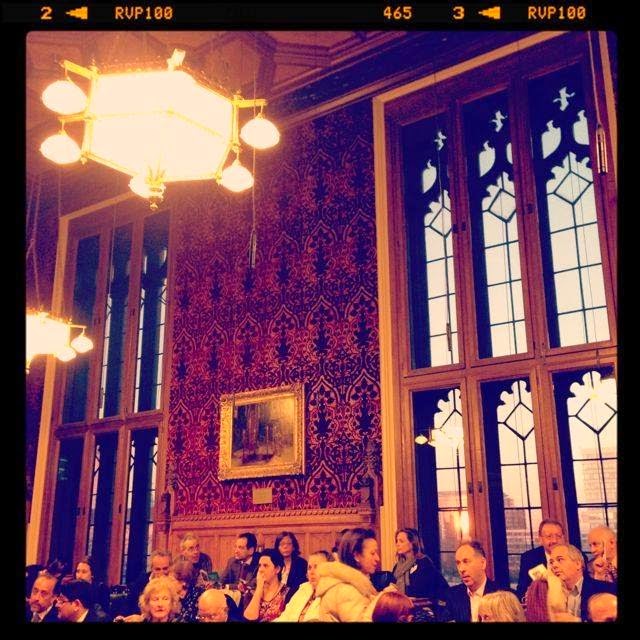 Hugh Robertson MP,  Minister of State at the Foreign and Commonwealth Office responsible for the Middle East, replied to a recent question in the House of Commons by Ian Lucas MP, his opposite number in the shadow cabinet. The exchange was as follows:

Ian Lucas: To ask the Secretary of State for Foreign and Commonwealth Affairs when he last raised (a) Palestinian refugees and (b) Israeli refugees (sic) in talks concerning the Middle East peace process. [193139]

Hugh Robertson: I raised the issue of Palestinian refugees during my visit to Israel, the Occupied Palestinian Territories and Jordan in November 2013. We are clear that this issue must be addressed as part of a final status agreement which includes a just, fair and agreed settlement for refugees. I have not raised the issue of Israeli refugees (sic) in talks concerning the Middle East peace process.

JJAC's director Dr Stan Urman met with Ian Lucas and other MPs prior to Harif's Westminster briefing in March. The meetings revealed a worrying ignorance of the issue even amongst 'pro-Israel' members of Parliament.

Mr Lucas is Labour MP for Wrexham in North Wales. It is to the credit of Mr Lucas, who represents a constituency with not a single Jew in it, that he immediately acted to make representations to the UK government about Jewish refugees. He expressed his disappointment at Mr Robertson's reply.

Ian Lucas also asked Hugh Robertson about the establishment of a UN Compensation Commission to compensate Jewish and Palestinian refugees affected by the Middle East conflict. In his reply, Mr Robertson failed to refer to the International Fund proposed by ex-President Clinton in 2000, the basis for current thinking on compensation for both sets of refugees:

Ian Lucas: To ask the Secretary of State for Foreign and Commonwealth Affairs what his policy is on the establishment of a UN Compensation Commission to compensate Jewish and Palestinian refugees affected by the Middle East conflict; and what assessment he has made of the potential effect of such a fund on the peace process. [193136]

Hugh Robertson: The United Kingdom is willing to take steps to assist in the establishment and implementation of a UN Conciliation Commission as advised in UNGAR 194 of 1948. We stand ready to do all we can to support the Palestinians, Israelis and the United States to achieve the lasting peace that the people of the region need and deserve. However, we have made no formal assessment on the effect of a UN Conciliation Commission on the peace process.

In response to a complaint by Bob Blackman MP (Chairman of the Westminster briefing on Jewish refugees on 19 March)  that he received no letters from constituents on the issue of Jewish refugees, Harif, in association with We Believe in Israel, launched a letter-writing campaign urging members to contact their MPs.

A sample letter on the Harif website urges the British government to "take a stance similar to that of the USA and Canada – namely to acknowledge the injustice that was suffered by more than 800,000 Jewish refugees from Arab countries, and to ensure that it recognises this tragedy alongside that of the Palestinian refugees in its position on the Middle Eastern peace process. "

Already the response has been heartening. Mike Freer MP, Glenda Jackson MP and Mark Field MP have replied saying that they have raised the question of Jewish refugees with Hugh Robertson.

Please write to your MP (or Parliamentary representative if outside the UK) asking for official recognition of Jewish refugees.

I really doubt the British Prime Minister will do anything about the issue of Jewish refugees.
He has enough on his plate
sultana

I take issue with the article using the term "Israeli refugees (sic)" as if, according to the article, the only Jewish refugees worthy of being talked about are those from "Arab" countries. The minister was right - Israeli refugees (.) Just as from "Arab" countries, Arabs also caused a Jewish refugee problem from various parts of Israel between 1920 to 1948 from their homes where they have lived for generations.

But what about those Jews forced out of their homes in Arab countries who did not resettle in Israel? Do they not have rights worth discussing?