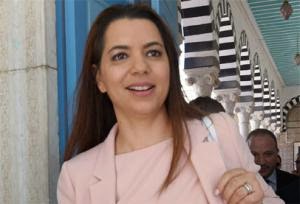 
An anti-normalisation 'fail' in Tunisia as the country puts the economy before ideology.The Global Post reports:

Censure motions against two Tunisian ministers accused of promoting "normalisation" with Israel were withdrawn late Friday, just before deputies in the Islamist-dominated parliament were to vote on them.

The motions were filed last month against Tourism Minister Amel Karboul and Deputy Interior Minister for Security Ridha Sfar, with documents purporting to show that the latter gave written authorisation for Israeli tourists to enter Tunisia earlier this year.

Karboul was also accused of receiving an Israeli delegation.

It is an open secret that Israelis have been visiting Tunisia for years on the quiet.
And the parliamentary debate came just a week ahead of an annual pilgrimage that draws Jews from around the world to Tunisia's ancient Ghriba synagogue.
A vote had been expected in the evening but "the two motions of censure have been withdrawn", assembly president Mustapha Ben Jaafar announced to the assembled deputies.

"It was not our intention to attack the ministers. We wished to say that the normalisation of ties with Israel in a red line," explained centrist deputy Iyed Dahmani, an avid supporter of the motions just hours earlier.

Leftist deputy Faycel Jadlaoui said the decision not to vote on the motions was due to the responses of the two ministers and the fact that half of the 80 signatories to the motion had withdrawn their support.
However, the news came as a surprise to some deputies in the chamber and led to heated exchanges.

Karboul denied receiving an Israeli delegation. She also defended her comments supporting the entry of tourists regardless of nationality, to boost a key sector of the Tunisian economy that was battered by the turbulence that followed the 2011 revolution.

And Sfar defended himself against charges of promoting normalisation with Israel, saying he merely followed procedures that have been in force for years.
"The case is purely administrative... We do not deal with Israeli papers," Sfar said, explaining that the tourists coming from the Jewish state had been issued with Tunisian passes, because Tunis does not recognise Israeli passports.

Minister tries to defuse passport row
Posted by bataween at Saturday, May 10, 2014