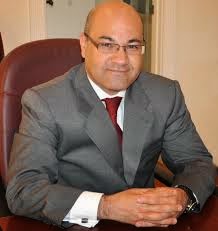 
An internal dispute has broken out over the 'deal' reached between the US and Iraqi governments to extend by two years the stay of the Iraqi Jewish archive (IJA) in the US. The Iraqi minister of Tourism and Antiquities has denied that his ministry approved the agreement announced by the Iraqi ambassador to Washington.

According to an article in the Arabic press, the minister says he does not have knowledge of the agreement, which would allow there to be more exhibitions of the Iraqi-Jewish archive in the US. If true, the agreement would not be valid, as  the archive belongs to the Department of Iraqi Manuscripts, part of his ministry.

However, the Iraqi ambassador to Washington, Lukman Faily,  representing the Iraqi foreign ministry, whose statement announced the original deal, has moved swiftly to reassure Iraqi Jews in the US, led by the New-York-based World Organisation of Jews from Iraq (WOJI), that the deal still stands.


It is noteworthy that the Iraqi Minister of Tourism and Antiquities belongs to the Sadrist stream. The party lost more seats than expected in the Iraqi elections held in April.

However,  Nouri Al-Maliki (the present prime minister) 's Alliance coalition held its ground, winning more seats than in previous elections. Al-Maliki is therefore the front-runner to lead the next government, although victory is not a foregone conclusion.


"Obviously, it would be be to WOJI’s benefit if the Iraqi foreign minister and the prime minister’s National Security Adviser kept their posts in the new government that would take months to form," WOJI chairman Maurice Shohet observed. "Both of these officials gave the Iraqi Ambassador the approval to come up with his statement. If they are replaced in the new government, it would take the Ambassador extra effort to convince the new Iraqi officials on the issue of the IJA. "
Posted by bataween at Friday, May 23, 2014

now is the time to go court in the USA over this matter. Otherwise, the Obama adminstraton might pull a quickie return of the archives to Baghdad. Sue for return of the artifacts to Iraqi Jews as rightful owners.

http://washingtonjewishweek.com/12489/iraqi-jewish-archive-staying-in-u-s-for-now/
Though both Iraqi officials and the State Department have kept quiet about the agreement’s details, including the length of the exhibit’s extension, the office of U.S. Sen. Pat Toomey (R-Pa.) revealed in a May 16 press release that the extension is for two years. Toomey’s office told Washington Jewish Week that the State Department informed it about the extension’s duration over the phone.
--malca