Ghosts of an ancient Syrian synagogue 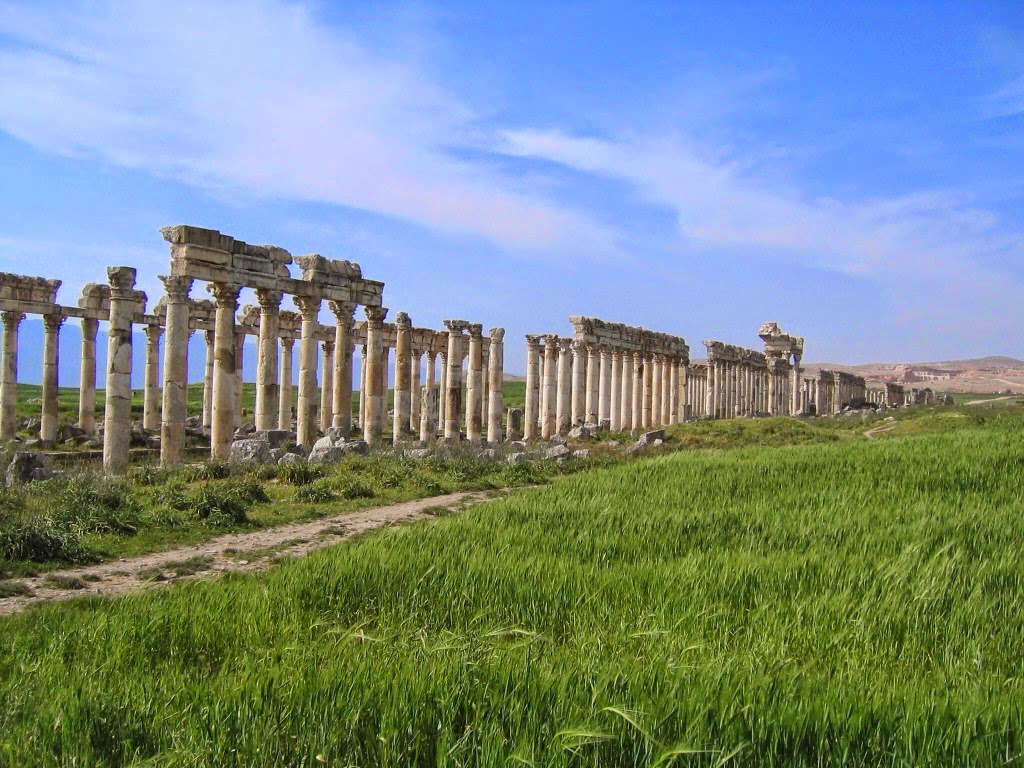 Apamea's famous colonnade has been disfigured by potholes and suffered looting in the civil war (photo: Adam Blitz)

One of the casualties of the Syrian civil war has been the city of Apamea, founded built by the ancient Greeks and Romans. Writing in the Times of Israel, Adam Blitz tells the story of its short-lived 4th century synagogue, a victim of Christian antisemitism, and built over by several churches.


In its day, the synagogue at Apamea was very much part of the urban landscape. As with the monumental synagogue at Sardis which was incorporated into a bath-gymnasium complex, the Apamean house of prayer was conspicuous to even the most inexperienced eye. It sat midway, immediately off the Cardo or Grande Colonnade: the main North-South axis upon which the Hellenistic and the Roman city were built. In the other direction on the Decumanus, eastwards and perpendicular to the Cardo, the synagogue could be found on the street descending from the great theatre in the shadow of the hill-top citadel which Pompey had razed long ago. Inside the synagogue was a large mosaic floor, approximately 120 metres square, sub-divided into geometric carpets and inscribed panels.

Unlike their fellow brethren at Dura Europos with its murals emblazoned with scenes of the patriarchs, the Apamean Jews adhered to the Second Commandment with its prohibition against representation. Nevertheless, strictures aside, these individuals failed to make any reference to their god whatsoever. Were it not for the smallest of Menorah, there would be nothing to distinguish the mosaic floor from that of an imperial villa save the twenty dedicatory inscriptions.

In one such inscription the same Iiasios would boast to his Fourth Century congregants that he “made the entrance of the mosaic (for) 150 feet (in the) Year 703 Audynaios (December) 7 a blessing to all.” Women too left their mark. Mnemosyne’s handmaidens featured prominently as wives in three conjugal inscriptions and as women in their own right. Nine donations testify to this fact. Abrosia, Domnina, Eupithis, Diogenesis, Saprika all lent their names to posterity as did Alexandria who “having made a vow made a 100 feet for salvation of all her own.” 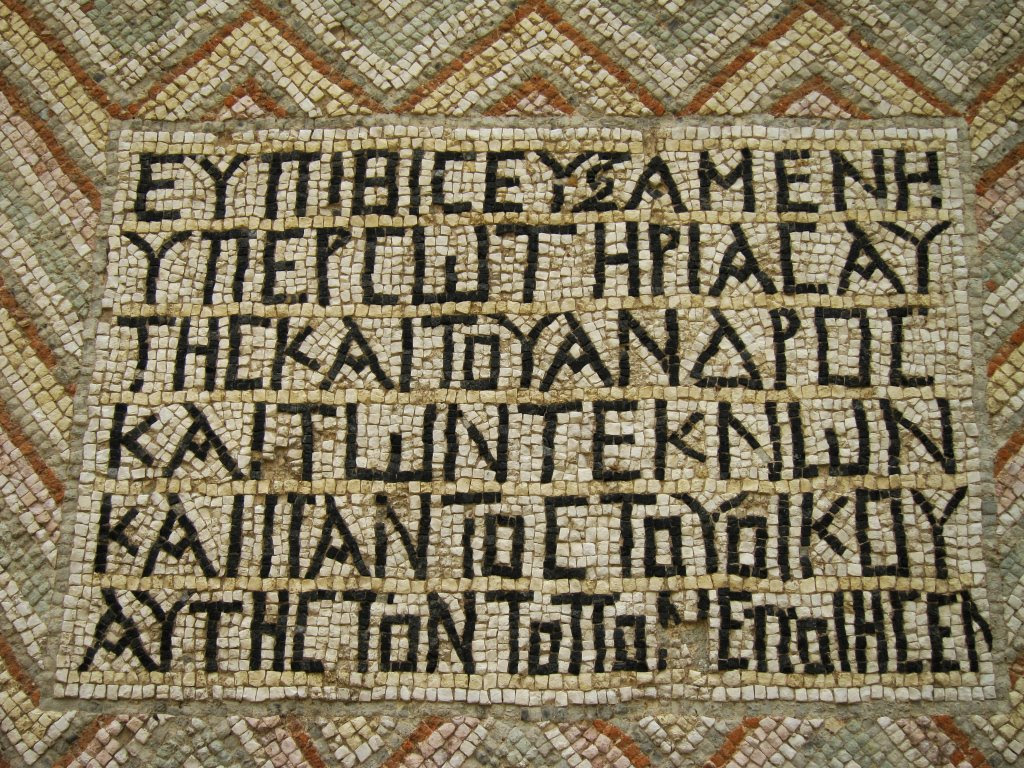 Donor inscription on the well-preserved synagogue floor, now in the Damascus Museum


All of the archaeological evidence points to the deliberate construction of the first of several churches built immediately over the synagogue floor.  This had the effect of sealing it from the then world which may well have been the prime motivation: an act of damnatio memoriae on the part of Church authorities to rid Apamea of its Jewish past and inter Mnemosyne*. Jean Charles-Balty, the former director of excavations at the site, dates the first phase of the Atrium Church to approximately 415-420 CE. In which case, the synagogue existed for barely twenty years before its demise.

This date corresponds closely with the textual evidence for the resurgence of anti-Semitism at Immestar (present day Qinnasrin), 25 kilometres South West of Aleppo and in close proximity to Apamea.  Socrates Scholasticus  writing in his Historia Ecclesiastica  during the reign of the Emperor Theodosius the Second [305-435 CE],  reveals  that  “at a place named Immestar situated between Chalcis [ad Bellum] and Antioch in Syria…[the Jews] impelled by drunkenness, were guilty of scoffing at Christians and even Christ”. He then recounts the sanction for the alleged murder of a Christian child by the Jews.

The emperors ordered their men “to find and punish the delinquents. And thus Jewish inhabitants of this place paid the penalty for wickedness. ”Whether the penalty resulted in destruction of a sacred site at Immestar or Apamea we cannot say for certain. However we do know that that, near and far, the synagogues at Antioch, north of Apamea, and Rabbat Moab in the Jordan were destroyed within a few years of each other; and that in 423 CE the Emperor Theodosius the Second was petitioned not to re-build the Antiochene synagogue. (...)

Today Apamea is one of the many “Dead Cities” of northern Syria. It has yet to be inscribed as a UNESCO World Heritage Site and remains on the Tentative List as it has done for the past fifteen years.