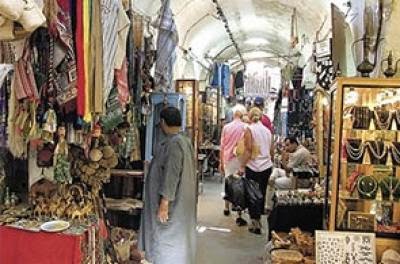 A souk on Djerba


The Jewish jewellers of  Houmet Essouk on the island of Djerba went on strike on 25 and 26 May following a stabbing of one of their number on 22 May. It's the fourth such incident since September 2013,  according to the Jewish website Harissa.

The stabbing victim was attacked by a religious extremist when he tried to stop him hurling insults at the Jewish shopeepers in the souk.

"We are asking the authorities to take this incident seriousy and not turn a blind eye. We are Tunisian citizens. There ought to be no difference between a Muslim and a Jew on Djerba. People of different religions have always lived together and should continue to do so," said Nahoun Mamou on Tataouine radio.

The day after the attack, the Tunisian Association for the Support of Minorities (ATSM) condemned the attack against a Tunisian and deplored the hostility which  the Jewish community of Djerba is facing from Islamist radicals. But the authorities have kept strangely silent.