Ben Cohen: the archive belongs in the US 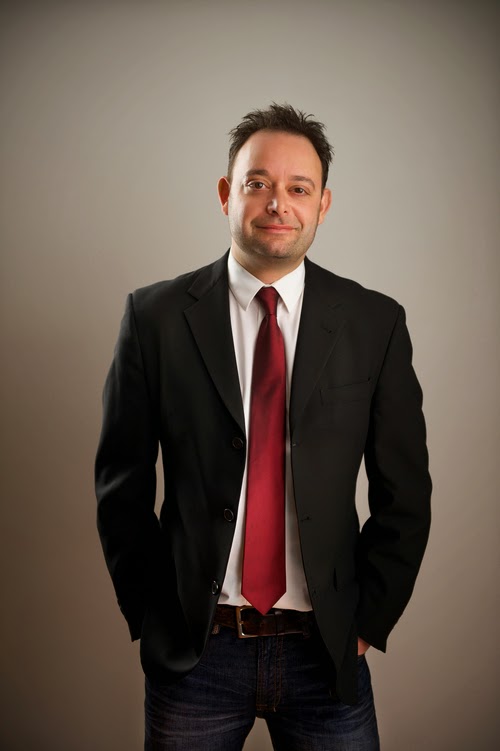 Ben Cohen
In spite of the Iraqi government acquiescing to extending the archive's stay in the US, the Iraqi-Jewish archive 's final destination has still not been decided. Ben Cohen, author of a new book on antisemitism,  shares his thoughts in his JNS column: the archive belongs in America, he writes. (Thanks, Ben, for calling PoNR a superlative blog).

The Jewish artifacts had been set to return to Iraq in June, in accordance with a 2003 U.S.-Iraq agreement that said the materials would return to Iraq after their restoration in America was complete. But in a major development on May 14, Lukman Faily, the Iraqi ambassador to the U.S., said in a statement that the government of Iraq had authorized him to extend the exhibition of the materials in the U.S. The decision, Faily explained, was based on the recognition that the exhibit has led to “an increase of understanding between Iraq and United States and a greater recognition of the diverse heritage of Iraq.”

Not mentioned was another, perhaps more pertinent, consideration: the archive has been the subject of an intense political battle in America that may end up in the courts. The key reason for this is the fact that the archive was seized by Saddam Hussein’s feared Mukhabarat secret police from a Baghdad synagogue in 1984—a good three decades after the vast majority of Jews had been driven out of Iraq. If the archive was stolen by the Ba’athist regime, then by that logic, the present Iraqi government cannot unambiguously claim ownership of it; indeed, there’s a strong case to be made that the true owner is the Iraqi Jewish community, through its representative organizations.

That was certainly the thrust behind the U.S. Senate resolution passed in February, which “strongly recommends” that the original agreement between the American and Iraqi authorities to return the archive to Iraq be negotiated afresh. Critically, that resolution asserted that “the Iraqi Jewish Archive should be housed in a location that is accessible to scholars and to Iraqi Jews and their descendants”—a position that would preclude the permanent location of the archive in Iraq itself, given that virtually no Jews remain there, and that none of the descendants of those Iraqi Jews expelled in the 1940s and ’50s plan on “returning” to that country anytime soon.

The prospect of legal procedures can be added to the political pressure. At a New York conference on the archive at the end of March, lawyer Nat Lewin urged action before the archive was returned to Iraq, confident that such an appeal by Iraqi Jews would meet with a sympathetic hearing in America. Moreover, as observed by Point of No Return, the superlative blog focused on Jewish communities from Arab countries, legal scholars agree that there’s a strong case for keeping the archive on American soil, since the understanding between the Americans and the Iraqis reached in 2003 does not have the force of an international treaty. “Under the 1909 Hague Convention, the U.S. considered itself committed to helping the ‘occupied’ nation—Iraq—protect its property,” said Point of No Return. “But the current statutes did not take into account cases where the property belonged to a religious minority.”

Against this background, it’s tempting to think that the archive will remain in the U.S.—either through rolling extensions consented to by the Iraqi government, or a more permanent agreement. Hence, I return to the question I asked in this column last September: in an ideal world, wouldn’t the archive return to Iraq, “safe in the knowledge that what is being shown belongs to our community, and that we are sharing it with the other ethnic and religious groups among whom we lived?”

In that same piece, I acknowledged that another reality prevails: anti-Semitism is rife in Iraq, which means that an honest reckoning the fate of its Jewish community simply isn’t possible—certainly not in the way that Germany has faced up to its responsibility for the Holocaust. Sadly, that same reality has been confirmed by the much-discussed new Anti-Defamation League survey of anti-Semitism in 100 countries around the world.

Ambassador Faily said of the archive May 14 that it is important for Iraq “to recover this precious piece of our cultural heritage that documents an era of our country’s history.” But save for the Palestinians in the West Bank and Gaza, anti-Semitic sentiments are more entrenched in Iraq than in any other country on earth. Seventy-percent of Iraqis believe that “Jews are responsible for most of the world’s wars,” while 81-percent think that “People hate Jews because of the way Jews behave.” Eradicating this poison is an immense task, certainly not one that can be resolved by placing the archive on display in a country that loathes the community it portrays. Not to mention the very credible fear that the archive could be lost or destroyed, given Iraq’s perilous security situation.

JTA report in Haaretz (Also in Times of Israel )