It should not be too difficult for the Iraqi Jewish community in the US to get an injunction to stop the archive from being returned to Iraq, a leading US lawyer has said.

Speaking at a 31 March New York conference on the legal issues posed by the question of the Iraq-Jewish archive, Nat Lewin said that the community should not wait until the archive was returned to Iraq before taking action. He thought the community would receive a sympathetic hearing in the US. 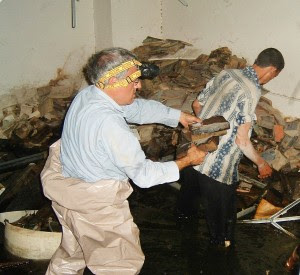 Harold Rhode, knee-deep in water, sifting through the tens of thousands of documents and books (photo: Adam Daifallah)

Harold Rhode, who was assigned to Baghdad as a defence analyst, told how the The Iraqi-Jewish archive was rescued from the waterlogged basement of the secret police headquarters in 2003. It was shipped to the US to be preserved, restored and digitised at a cost of $3 million. The archive is slated to go back to Iraq in June 2014 when an exhibition of 24 items from the collection ends at the Museum of Jewish Heritage in Manhattan.

While the material is being exhibited it is protected from seizure under the Foreign Sovereign Immunities Act.

There is a precedent for cultural property to be returned to its owners: the Russian government was forced to return the fifth Lubavitcher Rebbe's library to the international Hasidic organisation Chabad in New York. It had been seized by the Bolsheviks in 1917.

Among the owners are the family of Carole Basri, herself a US lawyer. Her grandfather, Frank Iny, had in the 1940s established and privately owned the Frank Iny Jewish school. A large collection of Frank Iny records has been found in the archive. 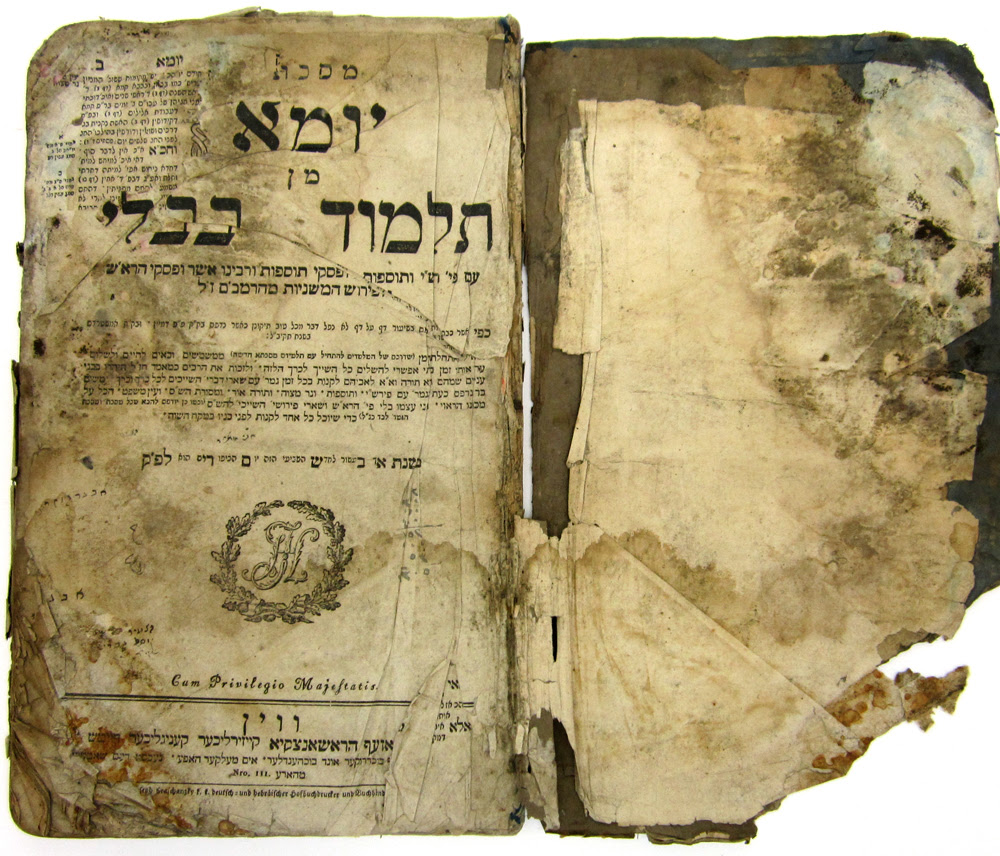 Page from a Babylonian Talmud (photo: US National Archives)

At the conference Carole Basri remarked that this year was the 2,600th anniversary of the start of the Babylonian exile. It also marked the end of the Iraqi-Jewish community. Save for five Jews still in Baghdad, the Jewish community had been 'ethnically cleansed'.

The memorandum of understanding obliging the US to return the archive to Iraq after restoration had been drafted in a hurry by the then government of Iraq, the CPA, explained lawyer Linda Lurie. The drafters had assumed that the archive was the cultural property of Iraq. They had had no time to look into competing ownerships.

However, the memo of understanding signed between the CPA and the National Archives did not have the force of an international treaty, pointed out Bruce M. Montgomery of the university of Colorado, author of an in-depth article on the archive. The archive could not be considered 'war booty'. Under the 1909 Hague Convention, the US considered itself committed to helping the 'occupied' nation - Iraq - protect its property. But the current statutes did not take into account cases where the property belonged to a religious minority.

Chairing the discussion, Malvina Halberstam, a  lecturer at Cardozo Law School, said that in the film 'The Monuments Men' US wartime personnel were ready to risk their lives to find and restore French works of art seized by the Nazis to France.

The Iraqi archive was part of the Jewish refugee problem, she observed.

Going to law to recover archive


Report by Sandi Fox of  PBS News (with thanks: Tom)

Restoring the culture of Jews from Arab lands (Foreign Policy)
Posted by bataween at Thursday, May 01, 2014

If you excuse me to say the Iraqis had reserved the heritage of his Jews, for so long it wasn’t destroyed from the date the Jews left Iraq.
The question what Harold Rhode, who was assigned to Baghdad as a defence analyst, telling of his efforts the rescued the Iraqi-Jewish archive from the waterlogged basement of the secret police headquarters in 2003." this sank heritage caused damages to reserved Jews heritage when US bombed Iraq in massive and inhuman way for liberating and take of the tyrant.

In my view Iraq should not be blamed for this damages

It is laughable to suggest the Iraqis did anything to preserve their Jewish heritage. Had the material not been discovered by the Americans, it would have been left to rot in that basement. If the Iraqis valued the Jewish material, they would have put it in a museum and not in the Mukhabarat HQ.

To bataween
put it in a museum, It is very laughable bataween, did you know what happened to the Iraqi museum?

at least will been lost under US control not Iraq?

who will responsible for that lose?
Again defiantly not Iraq or Iraqis, isn't?