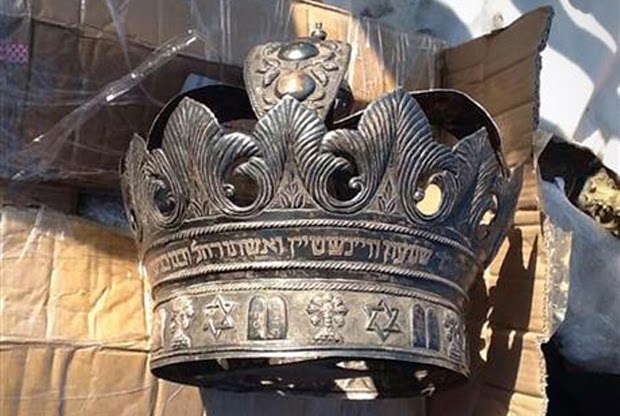 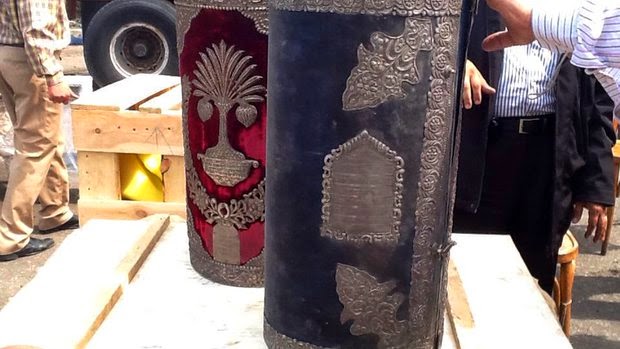 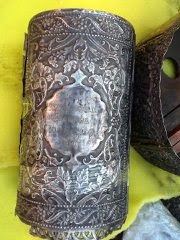 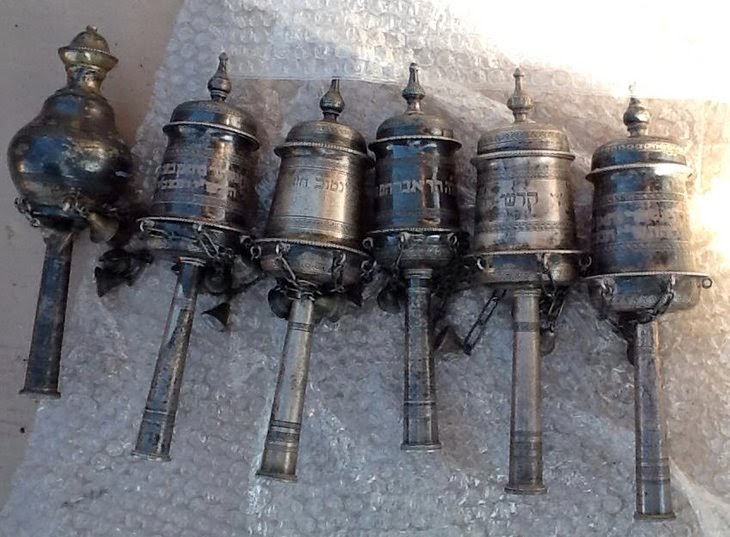 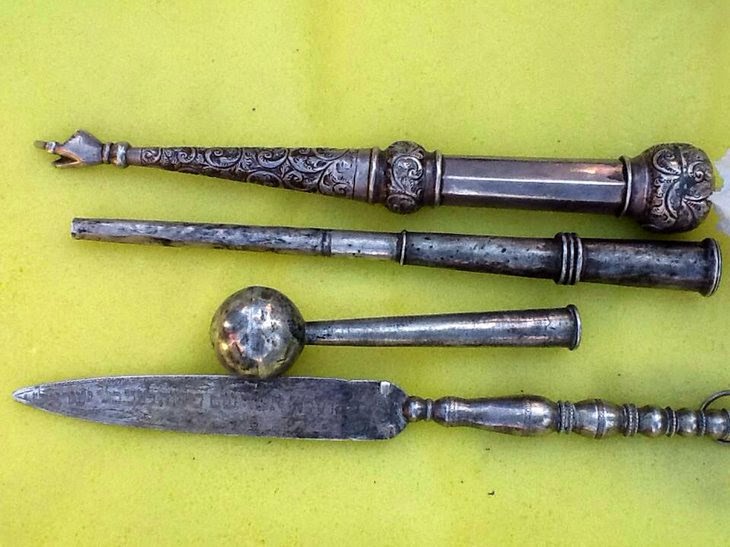 The Egyptian authorities have announced that they have intercepted a  hoard of Jewish artefacts on their way to Belgium. A smuggler's free-for-all is the result of the country's 'security vacuum' since the Arab Spring broke out two years ago. A Torah crown inscribed with the name Weinstein suggests that the hoard could have come from one of the country's Ashkenazi synagogues. Jews leaving Egypt were not allowed to take with them Jewish artefacts more than 100 years old: Egyptian law considers these antiquities.

CAIRO (AP) — Authorities in Egypt say they have seized a cache of Jewish religious artifacts that smugglers wanted to ship to Belgium at one of the country's main ports.

Antiquities Minister Mohammed Ibrahim said in a statement Friday that officials found the artifacts while searching cargo Thursday at the coastal city of Damietta.

Among the artifacts are a cylindrical wooden box plated in silver, which would have held Torah scrolls. Officials also found a silver knife dating to roughly 1890 with inscriptions, and bells commonly hung in synagogues.

A committee will study and date the cache, which the statement says "embodies a period of religious tolerance in Egypt's history."

Egypt has experienced a security vacuum since its 2011 uprising. Thousands of artifacts have been stolen.

Times of Israel
Posted by bataween at Saturday, April 19, 2014

Seeing as the Egyptian government of the day basically forced these congregations to leave Egypt I find it ludicrous in the extreme that ANYBODY could consider Egyptian state ownership of these items as legitimate...