Syrian Jews would have been slaughtered 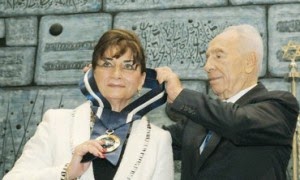 
It is sometimes forgotten that many Jews got out of Arab countries because of a very real threat to their lives. Slaughter is precisely what Judy Feld Carr, the 'saviour' of Jews from Syria, believes would have awaited this community had they not been smuggled out to freedom. Only 11 still live in the country today. Article in the Algemeiner:

Canadian humanitarian Judy Feld Carr, recognized last year in The Algemeiner’s ‘Jewish 100′  list for her work in rescuing Syria’s Jewish community, told the Daily Beast that if Jews were stuck in Syria today, they would have been slaughtered.

For 28 years, Feld Carr worked secretly to smuggle some 3,228 Syrians out of the country to freedom. In addition to her operation, there was an airlift in 1992 organized by New York’s Syrian Jewish community, with as many as 5,000 Syrian Jews flown out of Syria secretly. Feld Carr said that by 2001, when she concluded her work, there were only about 30 Syrian Jews left in the country; today that number is believed to be 11.

Read article in full
Posted by bataween at Thursday, March 20, 2014

And who knows but that those eleven have since slipped out of the country and hopefully to safety.