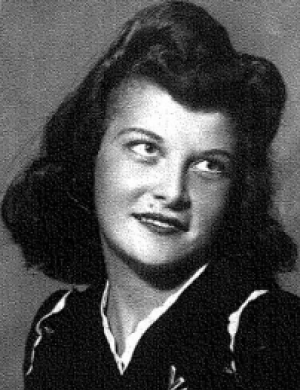 What did a model, sportsman and banker have in common? They were all banished from Egypt after 1948. The story of three remarkable Egyptian Jews is among 73 told in Ada Aharoni's new book The Golden Age of the Jews of Egypt - uprooting and revival in Israel. Article in Haaretz (with thanks: Orna):

Fortuna Cassuto (pictured), a beautiful young woman from Alexandria, Egypt, worked as the house model at a prestigious fashion house. The plant made clothes for Queen Farida, the wife of King Farouk, as well as luxury lines for Egypt’s well to do.

Cassuto was born in 1926 to a traditional Ladino-speaking Jewish family. The Cassutos, among the Jews expelled from Spain centuries earlier, originally lived in Jerusalem but fled to Egypt during the 1929 Arab riots.

Fortuna was often invited to the royal palace to display the fashion house’s new dresses to Queen Farida. A Bentley bearing the royal family’s crest would stop in front of her house and take her to the palace.

In the corridors she often encountered King Farouk, who would greet her with a nod, said her daughter, Tziona. Fortuna would wistfully recall the days of her youth in Alexandria, a bustling European-type city with luxury stores. She loved to walk along the Corniche, the promenade along the beach, and listen to the singing of Farid al-Atrash and Leila Mourad.

Thanks to her activity in the Zionist movement Hehalutz Hatzair, Cassuto met her future husband, from the Masri-Mishori family. They celebrated their engagement at a performance of the Palestine Symphony Orchestra conducted by Toscanini. In March 1946 they married in Alexandria’s Eliyahu Hanavi Synagogue.

On the day the State of Israel was declared, May 14, 1948, Fortuna’s husband was arrested; she was pregnant at the time. Every two weeks she visited him at Abu Qir, a detention camp where Egyptian Jews were imprisoned. She even brought the baby along.

The child was named Tziona because of the detainees’ longing to immigrate to Israel. She was the first baby born to a detainee at the camp.

After a year and a half in prison Fortuna's husband was released and expelled from Alexandria. Mother and child were waiting for him at the port; they sailed to Haifa via Venice. The officials at Haifa port gave her a Hebrew name. “You are beautiful (Yaffa), so that will be your name in Israel,” one of them told her.

Yaffa, the Egyptian Jewish model, now had to adapt to the young State of Israel. First the family was housed in tents in Pardes Hannah, later in the Be’er Yaakov transit camp and then on Kibbutz Yakum. To bathe the baby, she had to walk long distances to bring pails of water to the tent in the transit camp.

Later on her husband became the president of the association of Egyptian Jews in Israel. They had four children. She died in 2006; he died three years later.


The story of the Masri-Mishori family appears in the new book “The Golden Age of the Jews from Egypt – Uprooting and Revival in Israel,“ edited by Ada Aharoni, who researches the history of Egyptian Jewry.

The book records the destruction of the Egyptian Jewish community through the stories of 73 Egyptian Jews, who were expelled from their homeland at the outbreak of the Israeli War of Independence.

The book puts the number of Egyptian Jews on the eve of the expulsion at between 65,000 and 100,000. They were among the approximately 1 million Jews who lived in Arab countries at the outbreak of the War of Independence. They endured terror, arrests, murders, confiscations and expulsions.

To their aid came Aliyah Bet, the group that organized illegal immigration to Israel. Emissaries included Eliyahu Bracha, a native of Egypt, who in 1949 went back to his homeland under the cover of a French sports journalist. There he arranged visas and ships for Jews who wanted to leave Egypt. His story appears in the new book, which describes a chapter of Jewish history rarely detailed.

He was the pride of Egypt's Jews, was the best player on the team, and was showered with praise by the Egyptian press, wrote his son, Itzik Asher. He led the Egyptian team to victories in the European championships.

According to his son, Asher also sailed and rode a motorcycle; at 32 he was killed in a motorcycle accident. “Mourning in Egyptian sports: Basketball has lost a first-class player,” wrote a newspaper of the period.

Meanwhile, the tale of the Levy (Tantawi) family tells the story of wealthy Egyptian Jews. The father, Yom Tov, was the chief executive of a bank in Cairo and established a beit midrash (study hall) in the city’s Jewish quarter.

They lived in Helwan, a quiet town, in a big house surrounded by a huge garden, said his son, Pepo Levy. They lived a life of luxury with servants and two gardeners.

The family’s good life was cut short with the declaration of Israeli independence. Yom Tov had to burn hundreds of letters sent to him from Israel. In a speech to the Cairo Jewish community he warned that the time had come to immigrate to Israel. “Apres moi le deluge,” he said.