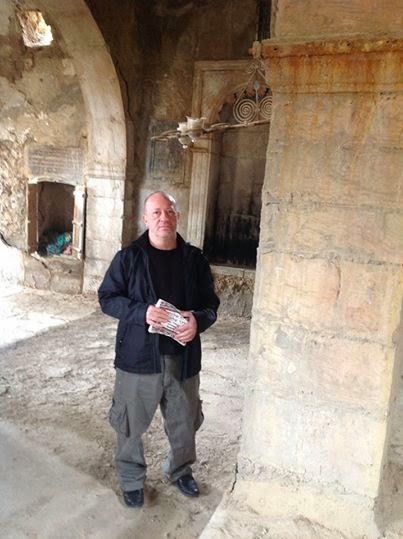 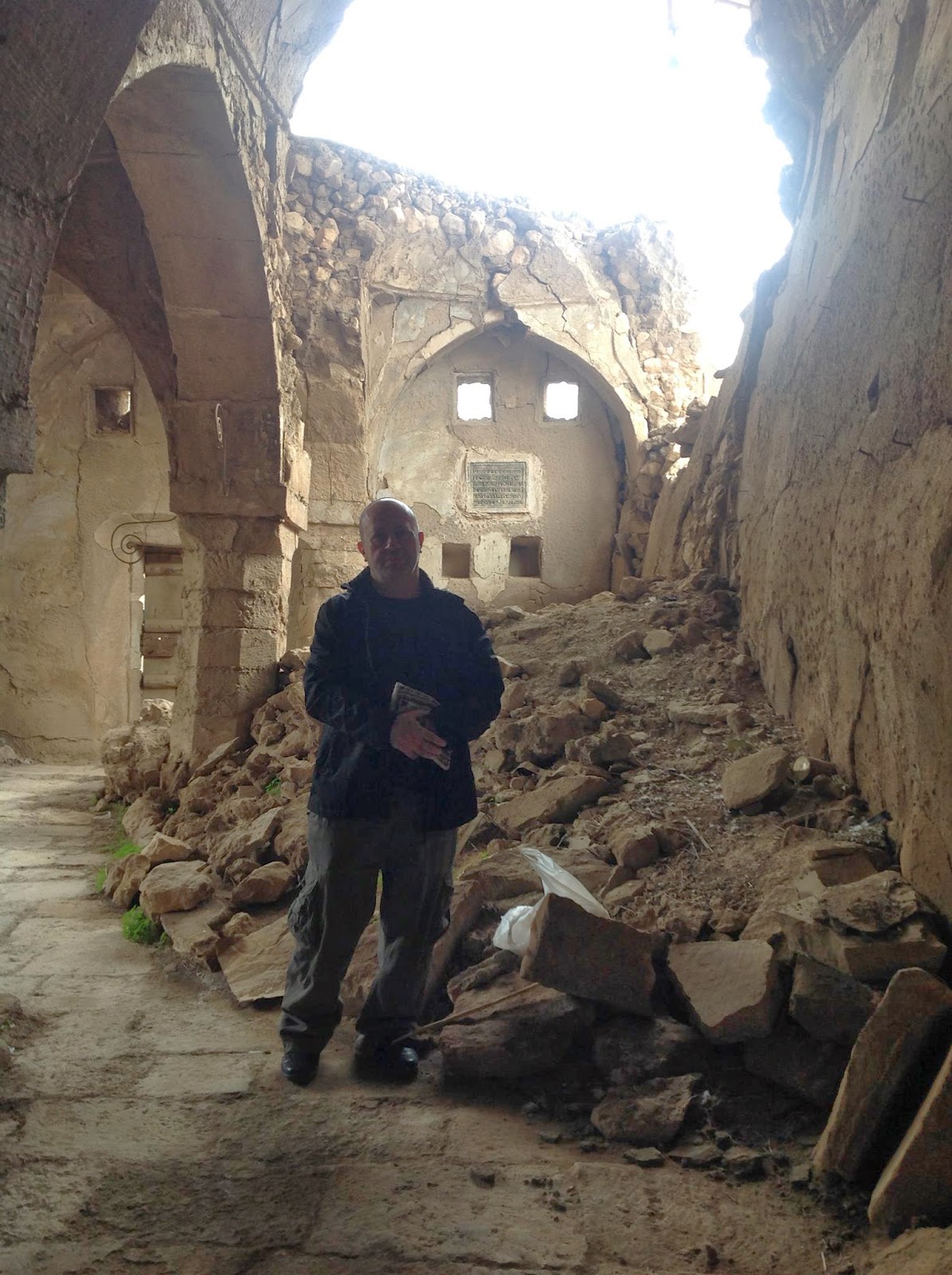 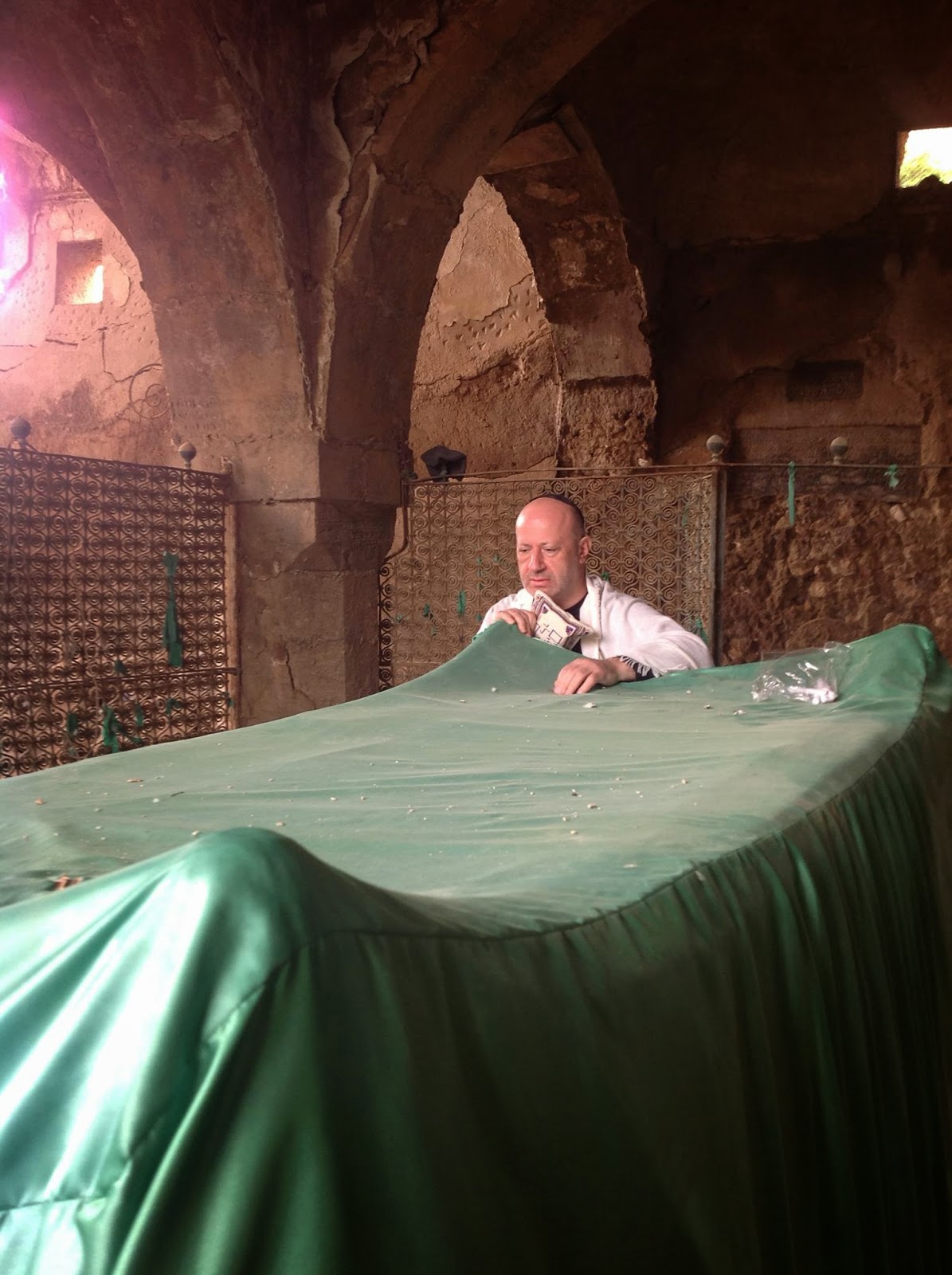 Al-Qush in northern Iraq is is a far cry from North West London, where Edwin Shuker lives. It's a village in Iraqi Kurdistan near the Assyrian city of Nineveh.

The photos show the Iraqi-born businessman and representative of the Board of Deputies of British Jews standing inside the synagogue housing the tomb of Nahum, once a popular centre of Jewish pilgrimage.

This tomb is purportedly the tomb of the prophet Nahum himself, although there are two other possible burial sites, one in ancient Israel and one in Judah.

In the centre of the synagogue is a simple plaster tomb topped by a green silken coverlet. On the walls are Hebrew inscriptions, some at least 2,000 years old.

Behind Edwin in the middle photograph is a plaque with an ancient Hebrew inscription.

In spite of reports that the shrine was undergoing restoration, the roof of the synagogue still appears in a state of partial collapse.

The prophet Nahum is only mentioned once in the Bible. Like his predecessor Jonah, he warned that the people of Nineveh had quickly reverted to their cruel and heathen practices and that the kingdom of Assyria was doomed to destruction.

Before they fled to Israel in 1948, almost the entire Jewish populations of Mosul and surrounding villages would arrive at the shrine to celebrate the festival of Shavuot. The highlight of their elaborate pilgrimage, known as “Ezyara,” was a dramatic staging of the giving of the Ten Commandments at a local stand-in for Mount Sinai, and a play supposed to pre-figure the battle of Gog and Magog. This was an event that, according to a popular saying, was unrivalled in the happiness it conferred upon participants.


A contractor contacted Point of No Return seven years ago with a plan for the repair and restoration of the site, but nothing has been done.

Point taken, have amended text to 'at least 2,000 years old'