How Jewish refugees play into peace 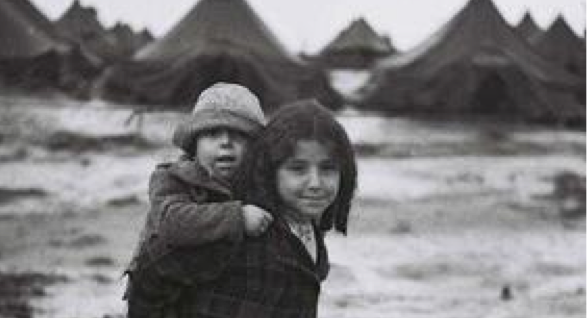 Middle East watchers won't have missed a flurry of recent statements reacting to  the framework Kerry peace proposals. They amount to this:

We won't recognise Israel as a Jewish state.

You've even heard from US officials that recognition of Israel as a Jewish state is no big deal. (Prominent Israelis also say they don't care if Israel is recognised as  a Jewish state.)


Commentators such as  Gilead Ini have patiently swept away all the posssible objections, red herrings and distractions here. It's all about the Palestinian refusal to waive their 'right of return' by overwhelming the Jewish state with millions  of returning refugees and their descendants, he explains.

That's where Jewish refugees come into the picture.

The Jewish refugee issue will promote peace - by making both sides recognize that a permanent exchange of roughly equal numbers of refugees took place.

The Jewish refugees need to assert their moral right not to return to Arab countries. These countries, by and large, are as hostile to Jews today as they were when they drove out their Jewish populations.

The Palestinian 'right of return' is an aspiration that will guarantee perpetual conflict with Israel, unless it is substituted with a humanitarian solution for Palestinian refugees.

Palestinians need to apply the model of successful Jewish refugee resettlement by being allowed to acquire full citizenship in a Palestinian state or in their host Arab countries.


Jews still nurse a sense of grievance about their forced exodus. An international fund to compensate both sets of refugees would go some way to achieving some degree of reconciliation.

So far, the commentariat has yet to make these obvious points.

A briefing titled Jewish refugees from Arab countries: A key issue in the Middle East Peace process will be held at the UK Parliament on 19 March. Full details here.