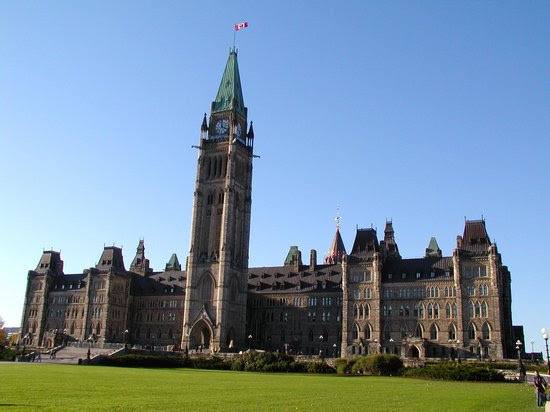 Bravo Canada! The government has come one step closer to correcting a foreign policy imbalance, by formally recognising the otherwise forgotten persecution of Jews in the Middle East (with thanks: Michelle):

Ottawa, ON – Today, the federal government formally accepted the recommendation of the House of Commons Standing Committee on Foreign Affairs and International Development that "Canada officially recognize the experience of Jewish refugees who were displaced from states in the Middle East and North Africa after 1948."

This decision is a response to the Committee’s November report on “Recognizing Jewish Refugees from the Middle East and North Africa,” the culmination of a substantial, all-party examination of the historic suffering of Jewish communities across the region, including extensive testimony by the Centre for Israel and Jewish Affairs (CIJA), Justice for Jews from Arab Countries (JJAC) and other Jewish community representatives.

“We commend the Government for accepting the Foreign Affairs Committee’s recommendation. Today’s decision brings Canada one step closer to recognizing the otherwise forgotten persecution of Jewish minorities across the Middle East. This is not only a matter of ensuring historical accuracy. Once implemented, it will correct a fundamental imbalance in a Canadian policy that acknowledges Arab refugees but makes no mention of Jewish refugees resulting from the Arab-Israeli conflict.

“It is noteworthy that the Committee’s ground-breaking report was the result of unity across party lines on Parliament Hill. We look forward to seeing the Government’s support integrated into Canada’s standing policy toward the Israeli-Palestinian conflict, on the premise that peace can only be achieved through a balanced and honest examination of Jewish and Arab refugees alike. Addressing the plight of Jewish refugees from Arab countries is an important step toward achieving a comprehensive, negotiated two-state peace with an absolute end to the conflict and all claims.”