Canada recognition may have major impact 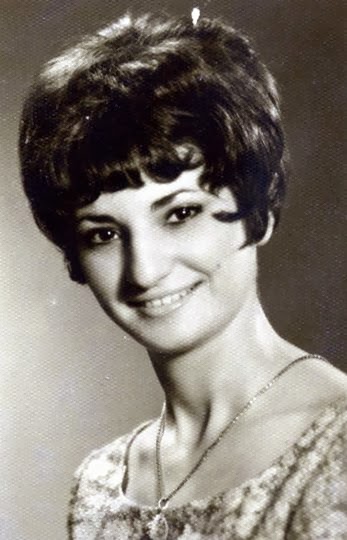 Lisette Shashoua as a student in Baghdad: recalled hangings


The Canadian cabinet's recognition of Jewish refugees from Arab lands may have a significant impact on foreign policy. John Iveson writes in the Canadian National Post:

Pictures of wretched Palestinian refugee camps have been familiar images on our television screens for decades. I visited the Aida camp in Bethlehem last month and can confirm they are desperate places — 3,500 people crammed into a few squalid blocks in the shadow of Israel’s security wall, living on UN handouts and the forlorn hope that they will return to their ancestral homes in Israel one day.

But while the plight of the nearly five million Palestinian refugees is widely known, it is less well recognized that 850,000 Jewish refugees were expelled from the Middle East and North Africa after the Jewish state was founded in 1948.

It’s true that no Jewish equivalent of Aida exists, but that does not detract from the experience of Jews like Lisette Shashoua, who fled to Canada from her home in Baghdad after the 1967 war.

She testified before the House of Commons foreign affairs committee last year, recalling 14 men who were hanged in public in 1969, including 10 Jews accused of being Israeli spies.

“They were hanged in the public square and the population was given the day off and invited to gather and dance in celebration underneath the dangling corpses. I still have nightmares about being back in Baghdad,” she said.

In a report released in November, the committee recommended that Canada formally recognize the experience of those refugees in its foreign policy — something that the Harper government did Tuesday.

In a brief statement, a spokesman for John Baird, the Foreign Affairs Minister, said: “Fair and equal acknowledgement of all refugee populations arising from the Arab-Israeli conflict requires the recognition of Jewish refugees.”

It’s not yet clear what that will mean in practical terms but at the very least it will be written into Canada’s official policy on the refugee issue and the impact on the Israeli-Palestinian conflict.

The move makes Canada only the second country outside Israel to recognize the plight of Jews in countries like Algeria, Egypt, Iraq, Lebanon, Libya, Morocco, Syria, Tunisia and Yemen, who were often expelled and their property confiscated without compensation.

The U.S. Congress passed a similar resolution in 2008 but it appears to have had limited influence on U.S. foreign policy. In the Canadian case, the government response to the all-party committee recommendation reflects a Cabinet decision, which may make it more influential in policy terms.

Jewish groups have lobbied for the change for some time, pointing out that many historical accounts ignore the story of Jewish refugees. While there have been 172 UN resolutions over the Palestinian refugee issue, none have addressed Jews expelled from countries where they had lived for centuries.

Adoption of the recommendation was key to completing, not rewriting, the historical record, they argued.

As the Palestinian numbers include the entire diaspora, and not the number who fled in '48, it would be nice to see the number of Jewish refugees from the MENA reflect the size of that diaspora as well.