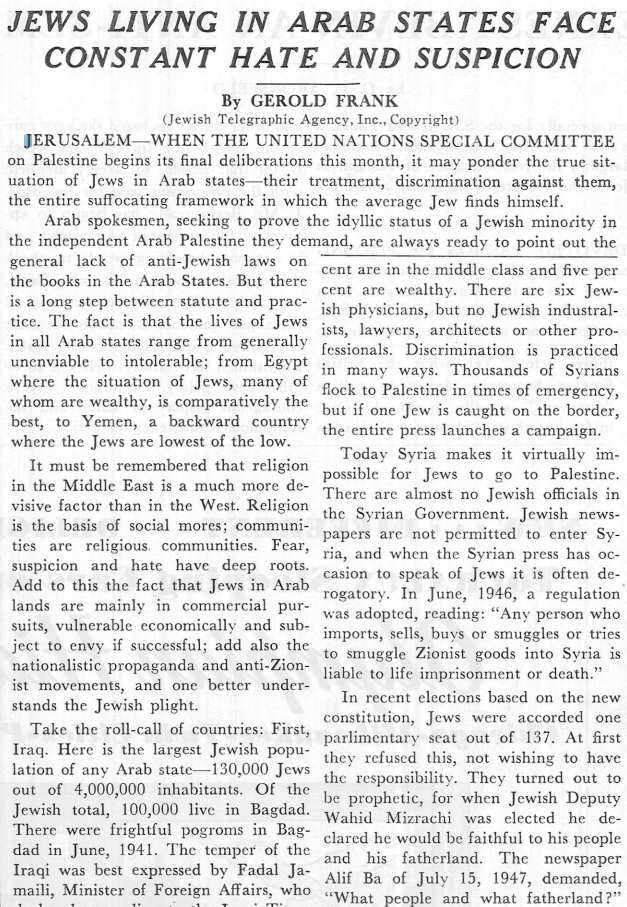 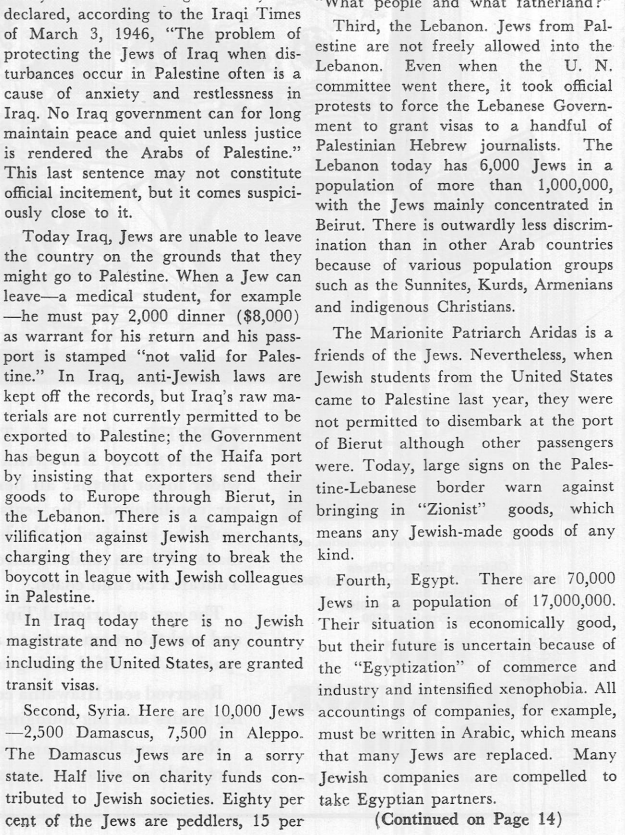 Here's a story that has been knocking around in my in-tray for some weeks: the excellent Elder of Ziyon has been burrowing in the JTA archives and come up with this telling article from August 1947 about Jews living in Arab states.

"The fact is," the writer Gerold Frank claims," that the lives of Jews in all Arab states range from unenviable to intolerable."

While Arab spokesmen point out the lack of anti-Jewish laws on the statue - that would change within a year - discrimination and vilification are widespread. Boycotts and restrictions are already in place. Links with Palestine are discouraged or prohibited altogether. A Jew in Iraq cannot leave the country unless he pays a hefty sum as warrant for his return. Jews are systematically excluded from certain professions in Syria. The loyalty of Jews to their countries of birth is questioned. The Egyptianisation of commerce and industry has already begun, compelling Jewish companies to take Egyptian partners.

All this BEFORE the creation of the state of Israel.

Email ThisBlogThis!Share to TwitterShare to FacebookShare to Pinterest
Labels: Antisemitism, Jews of Egypt, Jews of Iraq, Jews of Lebanon, Jews of Syria

The top image is not appearing.