This miraculous find does not belong to Iraq 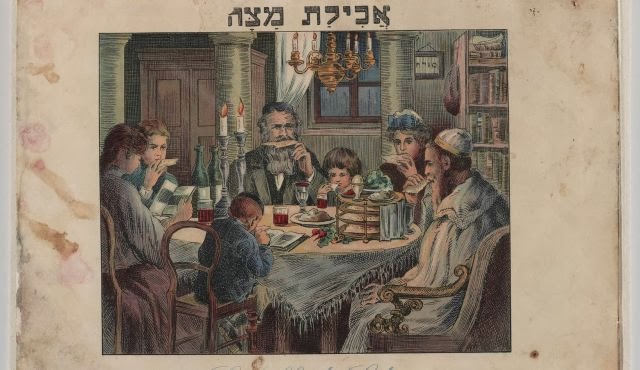 
The US shipped tens of thousands of documents out of Iraq after its invasion, but the forlorn and random reminders of Iraq's Jewish community are the only documents Iraq is insisting must be returned, writes Lyn Julius in her Huffington Post blog:

On a chilly December morning, in the presence of Iraqi government officials, the World Organisation of Jews from Iraq held a ceremony to bury unusable or pasool fragments of Torah scrolls at a Jewish cemetery in the aptly-named town of West Babylon, NY.

But the rest of the archive is scheduled to go back when the digitizing process is complete - probably in June 2014.

The prospective return of the Iraqi-Jewish archive has sent Iraqi Jews into paroxysms of outrage. US Jewish organisations, congressmen and senators have raised their voices in indignation. Several articles have appeared in the mainstream press and media calling for the archive not to go back to Iraq. Nearly 10,000 people have signed a petition.

Iraq is adamant: It wants the archive back. "They represent part of our history and part of our identity. There was a Jewish community in Iraq for 2,500 years," said Samir Sumaidaie, the former Iraqi ambassador to the United States. "It is time for our property to be repatriated."

Repatriated? That assumes that the archive was Iraq's property to begin with. There is a bitter irony in Iraq, which has driven its pre-Islamic Jewish community to extinction, having dispossessed them on the way out, demanding the return of 'its property'. It should be noted that the US shipped tens of thousands of documents out of Iraq after its invasion, but the forlorn and random reminders of Iraq's Jewish community are the only documents Iraq is insisting must be returned.

Legally, the US government did the correct thing to sign an agreement. Morally, it was a singular act of blindness.

The archive is the cultural property of the Iraqi-Jewish community, and save for five Jews still in Baghdad out of a community of 140,000, Jews no longer live in Iraq, but in Israel and the West. To return the archive to Iraq would be like 'returning stolen property to the Nazis'.

When Iraq did have a Jewish community, the regime took every step to persecute and destroy it. What is there to stop Iraq losing interest in the archive the minute it arrives back on Iraqi soil? Or more likely - selling the items off on the international market to the highest bidder?

There are practical objections to return, too. Despite assurances to the contrary, Iraq itself does not have the resources to conserve and store the archive safely. Daily bombings and the advance of Al-Qaeda on Iraqi soil hardly inspire confidence.

Even if the archive is digitized and accessible online, Iraq's Jews and their descendants, 90 percent of whom are in Israel, will be debarred from access to the original documents.

The issue of the archive not only draws attention to the mass spoliation of nearly a million Jews driven from the Arab world, but is a test case. Here at last is a unique opportunity to return Jewish property to its rightful owners. Will the US take it up?

The petition asking the US government to stop the archive returning to Iraq may be signed here.


Read article in full
Posted by bataween at Saturday, January 25, 2014