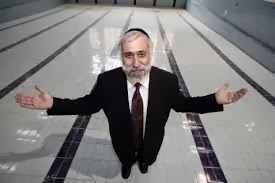 
On 8 January MK Nissim Zeev (Shas) proposed a motion to establish a "Knesset joint-Committee" to supervise the peace negotiations with the Palestinians led by minister Tzipi Livni.

Unlike the Knesset lobby caucus set up in November, the aim of this formal Knesset Committee will be to enforce the law passed in February 2010 mandating Jewish refugees to be on the peace agenda alongside Palestinian refugees. The law requires that every time the issue of Palestinian refugees comes up - politicians must mention the issue of the Jewish refugees. MK Zeev says he does this systematically.

The Committee will aim to make sure the subject and rights of the Jewish Refugees from Arab Countries are raised and taken into account during the negotiations. The motion passed with 14 votes to 0. It has only to be brought to the relevant Knesset Committee to be confirmed - a routine procedure.

Presenting his motion at the Knesset, MK Nissim Zeev said:

"At a World Jewish Congress meeting, held in Jerusalem sometime ago, Minister Tzipi Livni was asked if  she was dealing during the negotiations with the issue of the Jewish refugees from Arab countries. Her answer was: "Yes, but there is no connection between the Jewish and the Palestinian refugee problem, and that the link is to the Arab countries."

"It is a pity", added MK Nissim Zeev, "that Israeli diplomats and senior representatives of Israel avoid being clear and precise on the issue of the Jewish refugees, and that Tzipi Livni should continue to seek to forget the issue."

MK Nissim Zeev ended his presentation by informing the Knesset that the United Nations had just adopted a Resolution declaring 2014 as "The International Year of Solidarity with the Palestinian People" . MK Zeev declared  that it should be required to be "the Year of Palestinian and Jewish Refugees".

A session in the Education and Culture Committee at the Knesset will be held on 13 January to discuss the Bill proposed by MK Shimon Ohayon for a Memorial Day to be dedicated to Jewish Refugees from Arab Countries. The proposed date may yet change from 17 February to 30 November.