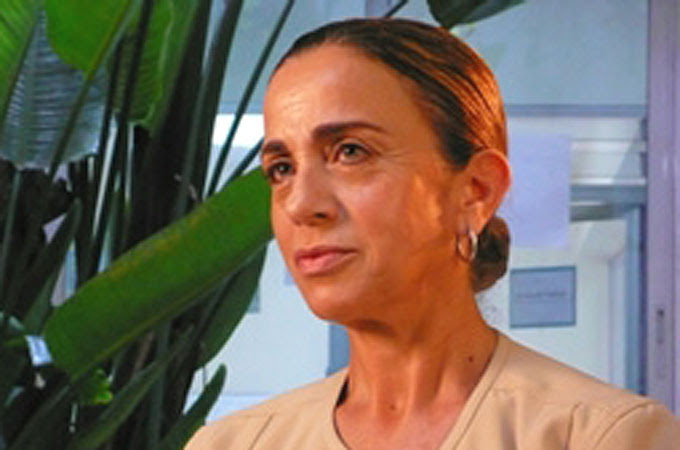 Fugitives from Israeli justice have been moving to Morocco. But local Jews, already facing Islamist threats, are worried what the presence of convicts and suspected sex offenders will do to their reputation. JTA reports: (with thanks: Michelle)

Surrounded by dozens of adoring followers at his grandson’s wedding this summer, Eliezer Berland looked like any other Hasidic rabbi marking a family celebration. But Berland is not like most rabbis.

The founder of the Shuvu Bonim religious seminary in Israel, Berland, 76, fled to Morocco earlier this year after being accused of sexual assault by two young women, both wives of his followers. Last month he fled again, to Zimbabwe, after his residency permit expired and Moroccan authorities declined to extend it.
Berland, a charismatic figure from the Breslov sect, drew dozens of followers to Morocco during his seven-month sojourn there - including his grandson, who chose to celebrate his wedding in Marrakech in the rabbi’s presence. Dozens moved there to be with him, and hundreds more showed up on holidays.

The traffic has helped focus attention on the presence of dozens of Israeli fugitives who have fled to this North African kingdom in recent years, prompting fears for the well-being of Morocco’s 4,000 Jews (the true figure is nearer 2,500 - ed), who have traditionally maintained a low profile in a country ruled by a moderate monarch locked in a quiet power struggle with an Islamist-led parliament.

“Berland was the last straw; he really had to go,” said Sam Ben Chetrit, president of the World Federation of Moroccan Jewry. “Morocco’s emergence as the go-to place for the Israeli mafia is very bad for Muslim-Jewish relations there, and many Moroccan Jews know it. The last thing we need is a suspected sex offender.”

Israel Police estimate that Morocco is home to several dozen Israelis with mafia ties who have invested more than $20 million in the Moroccan economy. Among those who have settled permanently or temporarily in Morocco are Meir Abergil, a convicted extortionist and leader of the Abergil crime family; suspected drug smuggler Moshe Elgrably; and Shalom Domrani, who Israel Police believe was the dominant figure in organized crime in southern Israel.

In Israel, Domrani and Abergil were rivals involved in bloody score-settling, according to Amir Zohar, a crime reporter for Israel’s Globes financial daily. But in Morocco, Zohar said the two coexist peacefully.

“With the right papers, they can get a Moroccan passport if they stay for a few months in Morocco,” Ben Chetrit said.

Berland has a long history of associating with criminals. According to Zvi Mark, a scholar of Hasidic movements at Bar-Ilan University, many of Berland’s early followers were secular Israelis with criminal records and violent histories.
Several Moroccan sources told JTA that Berland was helped in Marrakech by Gabi Ben Harosh, a former money launderer and organized crime figure who avoided prison in Los Angeles by turning state’s witness. Ben Harosh and Berland were often seen praying together in Morocco. According to some accounts, Ben Harosh helped Berland organize his trip to Zimbabwe.

Some Moroccan Jews are supportive of Berland. Jacky Kadoch, president of the Marrakech Jewish community, called the rabbi a genius and said the case against him is flimsy. But others have been more reluctant to roll out the red carpet.
“I get a very bad feeling when I hear of the arrival of a rabbi suspected of sex offenses and criminals linked to killings,” Maguy Kakon, a Moroccan Jewish businesswoman from Casablanca and the leader of a small centrist political party, told Israel’s Channel 2 news. “Jews were never suspected of murder or rape here. We are well respected. I won’t let them destroy that.”

Contacted by JTA, Kakon flatly denied making the statement before breaking off communication. But Shimon Ifergan, an investigative journalist for Channel 2, insists she made it during a 30-minute telephone conversation in July. Last year, before Berland’s arrival, Kakon was quoted by Globes as saying that Jews are well regarded in Morocco and she hopes “no Israeli criminals shame us and destroy that reputation.”

Read article in full
Posted by bataween at Thursday, December 05, 2013

Jews are well-regarded in Morocco? Do these people even talk to the populace? I'm sure the King respects Jews because of their wealth and business abilities, but I traveled in Morocco, and I communicate with young Moroccans via the internet.........Moroccans do not respect Jews and antisemitic hatred is on par with other Arab nations.

There you are: syrianjew, said it all.
You cannot undo years of antisemitism.
sultana

@SyrianJew : Dear friend, please avoid to generalize about the few exemples you encountered on the Internet, it's really not accurate. There are 40 millions of Moroccans out there (Muslims and Jews) and Morocco is the only Arab country who kept really close ties to its Jewish population, whether they live in or outside of Morocco. Many Israelis of Moroccan background come back very often in Morocco to either spend vacations, pray on their ancestors grave, visit the hundreds of preserved Jewish sites... how many Mizrahi Israelis can say so? Iraqis, Syrians, Yemenites, Lebaneses, Algerians Jews are all persona non grata in their old countries and most of the Jewish heritage of these countries belong to the past, except in Morocco. Most Moroccans muslims are against Zionism and are pro-Palestinians but it doesn't mean they hate the Jews. There are 36 synagogues JUST in the city of Casablanca, many Jewish schools were even Muslim kids go to learn and the only Moroccan Jewish museum in the Arab world... while Iraqi Jewish archives are currently... in Washington.

I understand that coming from Syria where the Jews were litteraly expelled and dispossessed from their citizenship and belongings you see all the Arabs as hating, but it's not like that in Morocco. Of course there are uneducated people who are racists, even between Moroccan muslims such as the Arabs vs the Berbers, the Northern vs the Southern. But most of us we see the Jews of Morocco as our brothers and sisters.

PS : we cannot be antisemitic because we are twice Semite than you : from our Arab lineage and from our Berber lineage.