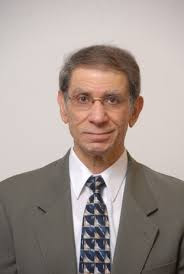 The US-based World Organization of Jews from Iraq has finally broken its silence on the question of the controversial Iraqi-Jewish archive (IJA). Before the US government returns the archive to Iraq, WOJI is anxious to see the entire archive digitised, a process that is only 40 percent complete. In its strategy of exhausting diplomatic channels with the Iraqis, which it has been quietly pursuing, WOJI has the support of major US Jewish bodies. Here is the full text of a statement issued to members of the Iraqi-Jewish community by WOJI President, Maurice Shohet.

"As you all know, the US National Archives and Records Administration (NARA) has been working on conserving and digitizing the Iraqi Jewish Archive (IJA), which was found in Baghdad in very poor shape and needing extensive remediation. The cost of the project is more than $3 million, of which $2.9 million was allocated by the State Department, with the rest coming from a National Endowment for the Humanities grant and private donations.  The World Organization of Jews from Iraq (WOJI) has been involved with NARA in this effort since the beginning as the entity representing the Iraqi Jewish community.

"Knowing that there is a signed agreement between the Iraqi and US governments providing for the IJA to be returned to Iraq in June 2014, WOJI has been focusing on ensuring that the conservation and digitization process is completed first, while simultaneously conducting quiet negotiations with Iraqi authorities in the hope that they can be persuaded not to return the IJA to Iraq.

"It is obviously extremely important that the IJA be preserved and digitized so that scholars, our community, and anyone else can have full access to the material.  We do not want to risk the IJA being recalled to Iraq before the process is complete, since the Iraqis have the right, according to the agreement, to request its return with short notice at any time.  Digitizing is now the standard treatment for valuable and historical material, as illustrated by a large-scale project undertaken by Hebrew University and others described in "Ingathering and Digitizing the Diaspora's Rare Hebrew Books."

"As I mentioned above, WOJI has been quietly proceeding on many levels in its efforts to keep the IJA from being returned to Iraq.  We have met with the Iraqi ambassador in Washington as well as State Department officials.  In our discussions we stress that all the materials in the IJA were confiscated from their Jewish owners by the Baath regime, and as such remain the precious patrimony of the community and should be returned to their rightful owners.  We remind our listeners that the Jews were persecuted and murdered, and now the community in Iraq no longer exists.  Throughout our efforts, we have received advice and support and remain in close consultation with top officials in several organizations, including the American Jewish Committee, B'nai B'rith, the Anti-Defamation League, the Conference of Presidents of Major American Jewish Organizations, Justice for Jews from Arab Countries, and the Babylonian Jewry Heritage Center in Israel.  Let me also note that David Dangoor, former president of WOJI, expressed our concerns in a letter to President Obama.  Finally, members of the US Congress are beginning to petition the State Department to prevent the return of the IJA to Iraq, and we will cooperate constructively with them.

"In our meetings and discussions, we have also raised other issues of great importance to our community.  We submitted a list of names and all known information about Jews who were abducted and disappeared after the Baath government came to power in 1968, requesting that their fates be investigated.  We requested that Torah fragments from the IJA that are unfit for use be buried in a Jewish cemetery, as required by Jewish law.  While we received written approval for this burial from the Iraqi government, it has not yet taken place.  We expressed our grave concerns about Jewish material still in Iraq and the security of our holy places.  Finally, we requested that Torah scrolls in Iraq be sent abroad to serve Iraqi and other Jewish communities, as was done even during the Baath regime.  The fact that we have made no progress on our requests reflects, at least in part, the current state of chaos, violence and anarchy in Iraq.

"Let me conclude by making it clear that WOJI’s strategy is to first exhaust all diplomatic channels in its efforts to keep the IJA from being returned to Iraq.  As I said, we have received strong support for this approach from the major Jewish organizations listed above.  It is our originally mandated objective and mission to establish and maintain open channels of communication with Iraqi authorities, not only for the IJA, but importantly for all the other issues that mean so much to us, such as the fates of our loved ones, Jewish communal property still in Iraq, and the Jewish holy sites there that need to be protected and preserved.  It is perhaps a long shot to hope that we can achieve these goals, but it is our responsibility to give it our best effort now and into the future."

I have been looking over some of the items in the NARA IJA exhibition. You should be aware there are autographs of Ben Ish Hai inthe collection. At least one unpublished. I will provide details soon in our blog: Giluy Milta B'Alma.Perhaps it will give more motivation for Organized Iraqi Jewry in the Diaspora to act to prevent the return of the IJA to Iraq.
Ezra Chwat,
Manuscripts Dept.
National Library of Israel