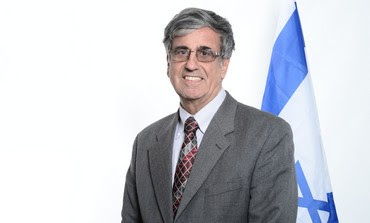 MK Shimon Ohayon's bill to establish a Memorial Day for Jewish Refugees from Arab Countries may soon become law. It is essential if victims of the '2nd Exodus' are to cease thinking themselves as '2nd-class Zionists', he writes in YNet News: (with thanks: Jeremy):

The Talmud says that during the days of Alexander III of Macedon, the Egyptians demanded that the Jews pay damages for the gold and silverware borrowed from them before the people of Israel left Egypt, which were never returned.

In response, a wise Jewish man argued that the Egyptian demand for historic compensation should be answered with a demand that the Egyptians pay the Jews damages for enslaving them for hundreds of years without giving them anything in return. The story ends with the Caesar's ruling, which gave the Egyptians three days to respond to the wise Jew's claim. They decided, for their own benefit, to withdraw their claim.


No property, no respect: Surprisingly, history appears to be repeating itself in our time. The Palestinians often complain to the world's nations about the damage they suffered during the State's establishment, when they say 650,000 people were forced to flee their homes, and they are therefore demanding compensation.


What they are "forgetting," and what we should remember and remind ourselves, is that immediately after the UN resolution on the establishment of a Jewish state in the Land of Israel on November 29, 1947, Arab states – led by the Arab League – began imposing sanctions on the Jewish communities in their territories, accusing them of cooperating with the Zionist enterprise in Israel.

In some of the countries, the Arabs rioted against the Jews and plundered their property, and in other places the Jews lost their workplaces and sources of income. As a result, the Jews were forced to flee the Arab states in great poverty and leave all their property behind.

In the 20 years after the State's establishment, 850,000 Jews immigrated to Israel from Arab countries without any property and without any respect, and so glorious 2,000-year-old communities were destroyed at once.


We remember Amalek's attack on us at our time of weakness in the desert very well, as well as the ingratitude of Ammon and Moab who did not help the people of Israel wandering the arid desert by handing out food and water. We haven't forgotten the deeds of the Nazis either, who murdered one-third of our people in the past generation. A nation which does not remember its past, and fails to draw the necessary lessons from it, will be unsuccessful in dealing with what the future holds.

In the Knesset' previous term, Foreign Minister Avigdor Lieberman worked to advance the commemoration of the suffering of Jews from Arab states, suffering which eventually led to their immigration to Israel. In one of the conferences held on this issue, former US President Bill Clinton suggested that the future fund for compensating Palestinian refugees would also compensate the Jews forced to leave Arab states.

It appears that today too, as in the days of Alexander the Great, bringing the past of Jewish refugees from Arab countries to the surface will at once cancel the worthiness of Arab states' current claims to receive historic compensation for the damage caused to the Palestinian refugees.

Have you heard about 2nd exodus?In the current term I am working to further advance the issue by submitting a bill setting a day to commemorate the Jewish expulsions from Arab states. This bill was born during conferences in Israel and worldwide, where I heard many Jews from Arab states tell the stories of their banishment from their countries of origin.


But the stories of Jews from Arab states were shared even earlier by the organizations representing the people who came from those countries, including Egypt, Iraq, Libya, Tunisia, Algeria, Syria, Lebanon, Morocco and Yemen. They felt that the Zionist ethos is dedicated almost entirely to the story of Europe's Jews, skipping the painful history of those who came from Arab countries.
Every Israeli child learns about the Kishinev pogrom, but has anyone heard about the Farhud in Iraq? Everyone remembers the Warsaw Ghetto Uprising, but hardly anyone knows about the Zionist underground activity in Arab states. The education system teaches about the first exodus from Europe, while the second exodus – the one from Islamic countries – is missing from textbooks.


Second-class Zionists: The exclusion of this story from the Zionist ethos has created and is still creating alienation among Jews from Arab states towards the Israeli society. It seems as though immigrants from some countries are the original Zionists, while the others only joined them later on.

with all my heart I wish you luck Hope all this happens before i depart!!!
sultana

with all m heart I w<ish you luck. I hope all of this happens before I depart!!!
sultana

there is a big problem in the Ministry of Education in this regard. Prof Yits'haq [or Yitzhak] Kerem told me that he had met with officials in the ministry in an effort to change the curriculum in the way that MK Ohayon wants. They could not really comprehend what he was saying, Kerem told me as I recall.

one problem is that many high officials in setting the school curriculum are people with permanent positions who cannot be pushed out or dismissed by a minister because they are considered professionals and are well-anchored in place.

In fact, this problem of "civil servants" fixed in place in concrete is found in other govt ministries and govt bodies, such as the Lands Management Authority. I could go on about that body for personal reasons. Then there is the Attorney General [also called Legal Advisor to the Govt] who has much too much power.

That is really appalling, Eliyahu. Is it really so difficult for them to understand?

Israel is plagued with entrenched civil servants in many fields. They can't be replaced easily and they sometimes come to represent special interests. Here I am not talking about education in particular. It is widespread throughout our governmental system. Now, the Attorney General has, many believe, highly exaggerated power over legislation and all sorts of affairs and policies and goings on that should be outside of his jurisdiction. But we don't have a full, written constitution, as you know.

The good news is that these people who have been rooted in their positions for decades are getting older and retiring. There is slow change. Minister Gidon Saar made some changes for the better in regard to what MK Ohayon wants, but I am sure not enough. These oldtimer Education Ministry officials were mainly Labor and Meretz [Mapam] appointees from the bad old days, as I understand the situation. But you can see that both the Likud and Yisrael Beytenu have made some positive changes on the legislative and foreign relations sides, and, as I said, during Saar's tenure in the ministry.

I must say that in the state religious school system, the situation was probably better. I know that my son was assigned to read "Sufa beyn haD'qalim" by Sami Mikhael, a youth novel which deals with the 1941 Baghdad Farhud.
One of my high school teachers (not in Israel) used to say that the school system was like a stagnant pond, the scum rises to the top. Having been a teacher myself, I know that many of the influential officials in my day were mediocrities and highly resistant to change. And especially if you challenge their expertise.


"Having been a teacher myself, I know that many of the influential officials in my day were mediocrities and highly resistant to change."

They make the best gatekeepers.

The minister of culture and Sports is Limor Livnat, who according to Wikipedia, doesn't have a secondary education.

Manny Shinwell, the British Labour Party Minister, also had no secondary education. But serving in Parliament for many years was a more than adequate substitute. Perhaps the same can be said of Limor Livnat's service in the Knesset.

Livnat performs well and she knows her way around. She is very assertive. She has been minister at least every time Bibi was prime minister.

But when it comes to bold decisions, it seems to me that she tends to defer to academic/professional authority.

I think that in making decisions relative to culture (as opposed to some other fields), one has to have more that the necessary knowledge to stand one's ground. But she yields to pressure from academics who brandish their credentials.

In any case, that's my impression but I may be wrong.