It wasn't all peace and harmony 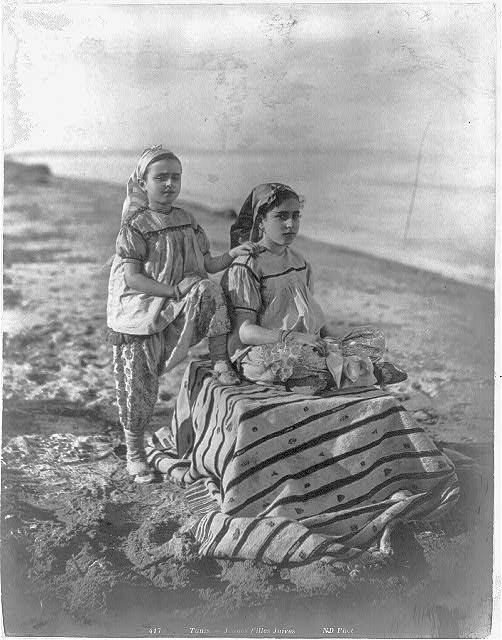 
Middle Eastern Jews have become more prominent in all walks of Israeli life. But their history is still subdued, argues Adi Schwartz in i24 News. Into the vacuum comes the Hebrew version of  Sir Martin Gilbert's book In Ishmael's House. But revisionist myths of peaceful coexistence have got there first:

Almost a million people vanished in the last few decades from the Middle East. Perhaps not physically; but the Jewish communities that flourished for more than two millennia throughout the region have disappeared almost without leaving a trace. Jews who lived in Arab countries found refuge mostly in Israel, but also in Europe and North America. Their heritage, however, in fact their mere existence, has escaped the attention of the international community.

The protection of Jews from European anti-Semitism, which culminated with the Holocaust, is considered Israel's raison d'etre. Even the leader of Israel's biggest ally, Barack Obama, said in his 2009 speech in Buchenwald that the State of Israel rose out "of the destruction of the Holocaust."

And what about the other half of Israel's population – those Jews who left Egypt, Syria, Morocco, Iraq, Yemen, Libya and Tunisia? Were they free of the persecution suffered by their brethren in Europe for centuries? In what circumstances exactly did 850,000 people emigrate from these Arab countries beginning in the 1940's, leaving behind just a handful of elderly Jews?

Israeli society has changed tremendously in recent decades and Middle Eastern Jews have become much more prominent in almost every segment of society. But their history is still subdued – in the first decade of the 21st century, only one PhD thesis was written in Israeli universities about the destruction of the Jewish communities in the Arab world. Schools do not devote comprehensive curricula to the subject: amazingly so, the last episode in the lives of these rich communities became a mandatory part of the Israeli matriculation exams only recently.

Into this vacuum enters a new book, translated from English and published in Israel. "In Ishmael's House" by acclaimed historian Sir Martin Gilbert is one of the first books in Hebrew to chronicle the lives of Jews in the Middle East from Muhammad's days in the 7th century to the present. Gilbert skillfully blends day-to-day stories and personal accounts with long term developments.

One of the main questions raised throughout the book is whether Jews lived in perfect harmony, as the myth goes, under Muslim rule; whether, as modern Arabs use to say, the problems between Jews and Arabs in the Middle East started with the appearance of Zionism in the end of the 19th century.

Gilbert's unequivocal answer is a resounding "no." While there have certainly been periods of peace and tranquility, Jews were never considered part and parcel of Muslim societies. They were always a distinguished minority, non-Muslim subjects of the Muslim state, who were assigned the inferior status of dhimmi (“dependent”). This position ensured the protection of their lives and property, the right to practice their religion, and a degree of internal communal autonomy. In exchange, however, Jews were required to submit to various forms of legal and social discrimination.

In the 14th century, for examples, the Jews of Egypt and Syria were forbidden to live in tall buildings, to raise their voices in prayer, to bury their dead in graves more impressive than those of their Muslim neighbors, or to hold clerical jobs. Until 1912, the Jews of Morocco were forced to walk barefoot or wear straw shoes outside Jewish quarters as a sign of respect for the Arab nation.

A long list of pogroms hardly left a mark on Jewish historiography. In the first decade of the 20th century a few such massacred occurred in Moroccan towns – in Taza in 1903 (40 killed), in Settat in 1907 (50 killed) and in Casablanca in 1907 (30 killed). For the sake of comparison, in the infamous Kishinev pogrom, which became a milestone in the history of Zionism, 49 Jews were killed.

Review by Adi Schwartz of In Ishmael's House (Hebrew version)
Posted by bataween at Tuesday, October 29, 2013

All the written or oral do and don't furiously resemble dhimmitude. But were we aware of that? I only heard that word when I came to Europe where they have a negative view of Jews!Of course it is now punishable by law to insult Jews but not in their heads;
i was walking down town and I heard a mother tell her daughter: don't go into that shop, it's a Jewish one! I almost died on the spot!In Cairo my nonno (grandfather) heard an Egyptian officer say: m wife is almost perfect khossara (a pity) she is Jewish!
sultana

I´ve read the book. It was an eye opener. A great work.

Yes, that book was the most impressive book on us Jews from Arab lands!
Thank you Sir Martin
sultana

One thing that stikes me, as an Ashkenazic Jew, is the notion that Jews actually "flourished" in majority Muslim countries, when prior to the Holocaust, the number of Jews living in Europe outnumbered Jews living in the MENA by about 10 to 1. If the Jews truly "flourished" in south Asia and "Arab" north Africa over 2 milenia, you wouldn't expect such a low ratio for non-Ashkenazim, especially when Ashkenazim were already departing continental Europe in waves for the British Isles and the Americas in the late 19th century.

It's a semantic trick. To Jew haters anything short of outright extermination is "Flourishing".