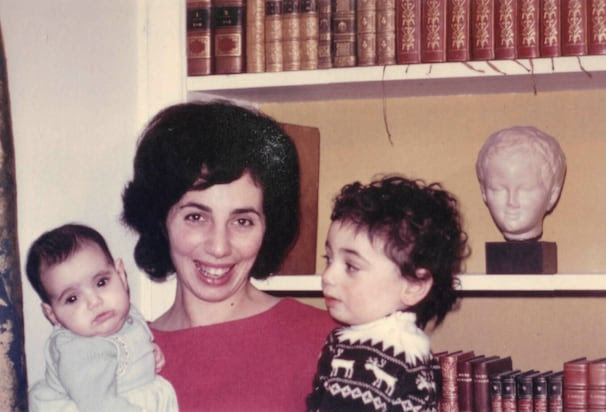 The late Farah Shina, whose outstanding school reports were found in the 'Jewish archive'.

If the 'Jewish archive' had been part of Iraq's patrimony, it would have been on proud display in the National Archives Museum in Baghdad instead of the floor of the secret police headquarters. Adi Schwartz advances compelling reasons on i24 News why the archive should not go back to Iraq:

The US announced that it will ship the entire collection back to Iraq in June 2014 after two exhibitions of select documents in Washington and New York. Thus, the Iraqi Jewish Archive has become contested cultural property – Iraqi government officials, as well as Jewish communal organizations, are both staking opposing claims to these artifacts and records.

Stanley Urman, executive vice-president of Justice for Jews from Arab Countries (JJAC), says that the Jewish community will do everything it can in order to keep the Archive out of Iraq. "While the Jewish community is certainly grateful for the restoration work done by the US," says Urman, "the agreement with the Iraqi government was based on a false premise" according to which the Archive is part of Iraq's patrimony rather than of Iraq’s Jewry.

The once-famous Jewish community of Iraq practically ceased to exist in the beginning of the 1950's after years of persecution, dispossession and discrimination. In the decade preceding their mass exodus from Iraq (mainly to Israel), the Jews suffered random outbreaks of rioting and violence (the 1941 Farhud, it may be argued, was not random at all - ed) .

The Iraqi government, on the other hand, claims that the Archive is a national Iraqi heritage, and that the US must fulfill its obligation according to the agreement.

In the last decade several governments asked to retrieve treasures that were seized by foreign countries. Greece, for example, demands to this day that the Elgin Marbles, originally part of the Parthenon and now on display in the British Museum, be sent back. Since the beginning of the 20th century, Egypt has been asking the Neues Museum in Berlin to return the Nefertiti Bust, one of the most famous sculptures of the ancient world.

But the Jewish Archive is altogether different. While in the case of Greek and Egypt, the treasures are indeed part of the national patrimony, the Jewish Archive cannot be seen as part of Iraq’s patrimony. If that indeed had been the case, the Archive would have been kept in the National Museum of Iraq and not on the floor of the intelligence unit's headquarters.

One can ask a broader question: if Jews and their artifacts had been such a crucial and central part of Iraqi culture, why did the Iraqi government do everything it could in the middle of the 20th century to get rid of them? To paraphrase the famous Biblical saying, did they kill them and then inherit them?
Not a day goes by without violence in Iraq. Mosques are being bombed and people are being killed. Under these circumstances, it seems that even if the Iraqi government wanted to vouch for the safety of the Archive, it would not be able to do so. Therefore, there is only one conclusion: the Iraqi Jewish Archive should remain with its rightful Jewish owners.

What kind of sick politics lies behind the US decision to return the archive to Iraq without first seeking out the rightful owners. Imagine if these were documents seized by the Stasi from East Germans deemed by ethnicity as "disloyal" to the regime.