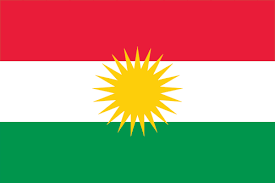 Kurdish Jews are clamouring to be represented at an August 24th conference marking the start of a 3-day conference in Iraqi Kurdistan. Many of the roughly 30 million Kurds worldwide hope will forge a united Kurdish National Congress. Arutz Sheva reports:

At a meeting back in July, it was decided (also amid some controversy) that the congress would be made up of 21 members: six members from Kurdish parties in Turkey, five from the Autonomous Kurdistan Region of Iraq, four from Syrian Kurdistan (Rojova), five from Iranian-occupied Kurdistan and one member to represent the Kurdish communities in Europe, where the majority of the Kurdish diaspora is located.

Now it seems, some of the members of the Jewish-Kurdish community in Israel would also like a seat at the table.

According to the Bas Kurdish news site a group of Kurdish Jews posted a message on Facebook requesting representation:

"When we look at the [proposed] Kurdish National Congress, we don't see any Jewish Kurds to represent Jewish Kurds, even though Jewish Kurds, like all other Kurds, are part of Kurdish heritage, history and culture."

The group further noted that there are "over 500 thousands Jewish Kurds" in Israel who still maintain their traditions and feel an affinity to the Kurdish people.

Most Kurds are Sunni Muslims, and the community is known for its moderate and tolerant brand of Islam. But a large Jewish population existed in Kurdistan for many centuries, eventually making aliyah (emigrating to Israel) during the 20th century.

Read article in full
Posted by bataween at Thursday, August 22, 2013

what the Italians sa to such hope is
"Campa cavallo che l'erba cresce" meaning
wait horse till the grass grows!!!