Not many Israelis have been to Iraq, but the intrepid Tzur Shezaf felt secure enough to reveal his true identity when he visited the tomb of the Biblical prophet Ezekiel in al-Kifl back in 2010. He films a group of boys gawping, "he's a Jew!", as if Tzur had arrived from Mars.

It is the most beautiful place Tzur has visited in Iraq. This place of age-old Jewish pilgrimage dates back to 800 AD, but the current building is from Turkish Seljuk times. The market used to be run by Jews for the pilgrims who came to pray at Ezekiel's shrine. They were housed in the rooms surrounding the courtyard adjoining the shrine. Apparently the shrine was closed to visitors until 2003.

The Hebrew inscriptions are still intact. Above the door to the tomb it says: " This is the monument of our master Ezekiel the Prophet son of Buzi the priest, may his merit (zekhut) defend us and all Israel. Amen. "

Tzur notes that the room that used to be Ezekiel's synagogue is being used as a mosque. The Torah scroll was stolen from the cupboard in the wall in 2003 along with various books, around the time of the US invasion of Iraq. But the synagogue still retains its Bima (or Teba, in Sephardi parlance), the raised platform from which the Torah scroll is read. Tzur affirms that a place which has a bima is still considered a synagogue.

The locals still remember the Jews who used to live in al-Kifl. One even remembers the names of some of the families. But the Jews are now all in 'Palestine' and will never return.

These still photographs of Ezekiel's shrine taken in Iraq in 2010/2011 are exclusive to Point of No Return (we are grateful to the senders). They show the shrine in a parlous state of repair. But the original decoration is still there to be admired. The layer of plaster and whitewash that covered much of the wall in 2003 has been removed.

The latest news to reach Point of No Return is that the Iraqi Ministry of Antiquities and the local Wakf were still wrangling over what renovation work should be done. In the absence of funds, nothing was being done to preserve the shrine, although work was proceeding on the nearby leaning minaret. The World Organisation of Jews from Iraq, based in New York, is trying to trace Ezekiel's missing Torah scrolls. 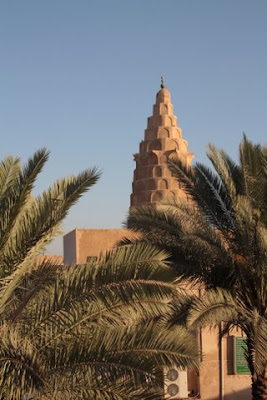 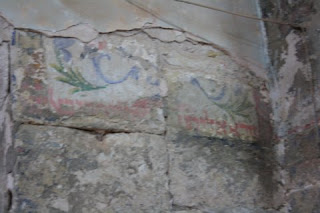 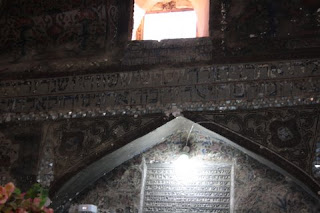 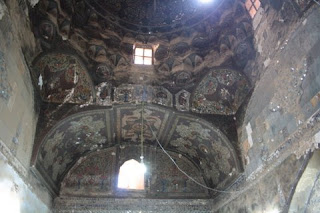 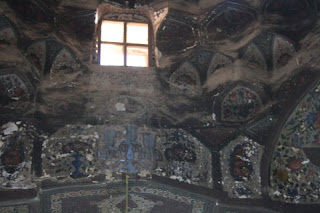 Tzur Shezaf in Libya
Posted by bataween at Monday, August 26, 2013

It's a beautiful place. Shows that our ancestors had great talent!

Terrific video, should be widely publicized.