Alice, don't be mad at Judy!

There is none so furious as a woman ignored, and from her post in The Times of Israel, Alice Harary Sardell (left) is one angry lady. She is angry that all the credit for rescuing the remnant of Syrian Jewry in  the 1990s is going to Judy Feld Carr (below), instead  of to Alice's US-based Syrian Jewry committee. Let's say that both ladies were heroic, and their work was complementary.

While Judy Feld Carr has been claiming for 20 years to have rescued the 4500 Jews of Syria, this is simply not true. It is an injustice to those who actually did the job.

She did admirable work rescuing numbers of individual Jews from Syria over the course of her involvement, however, the successful effort to 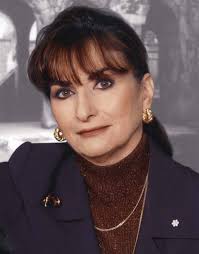 extricate the ENTIRE Syrian Jewish community, the modern day exodus from Syria, was not hers.

This was undertaken, spearheaded, and achieved by the United States Government and The Council for the Rescue of Syrian Jews, composed of members of the American Syrian Jewish Community.

This effort was not a secret mission and did not occur over 30 years. Rather it was achieved in just under five years from 1989 to 1994. It was actually very public and involved large scale demonstrations, Congressional resolutions, United States Presidential and Congressional delegations to Syria, as well as the intervention of many heads of state, and other foreign bodies of government such the European Parliament. This rescue involved the cooperation and involvement of American diplomats in Syria, every branch of the United States Government, lawmakers, and members of the American & international Jewish community and its organizations that supported our efforts.

This is only a very brief description of a very complicated and involved campaign. For the sake of historical accuracy, I am compelled to write this response. We are very proud and happy to elaborate on our work and saddened that Judy Feld Carr has garnered so much renown for the work that we achieved. We are happy to elaborate as everything we did is documented.

How Syria's Jews obtained their freedom
Posted by bataween at Friday, August 30, 2013

I don't see where the two stories are incompatible?

You're right. Judy's achievements for individual Jews get lumped into the same basket as the release of the community as a whole from Syria, and this is what irks Alice.

Another Gerbi in the news.

Israeli Judoka Yarden Gerbi just won the gold medal in judo at the World Olympics in Rio in 43s. The first Israeli to win a gold medal.

Judy Feld Carr's claims of rescuing Syrian Jews is false and as a result of raising funds, fraudulent. Besides the fact that Alice Harary is 100% correct, follow this: Carr does not disclose names of those she claims she "rescued" due to concern for their safety. This is illogical since her position leading a covert cause against the Syrian government would put her at far greater risk and she would not continuosly desire publicity as a result of being concerned with her safety. Her lack of concern is contradictory and evident of her absolutely false claims. May I add that honours such as the "Order of Canada" have also been withdrawn in cases deemed necessary.

Regardless of Judy Feld Carr's claims and subjective discussion of the matter, her case is easily refuted by simple mathematics. The number of Jews living in Syria at the beginning of her "supposed" mission is known. The number of Jews who emigrated under the U.S. Government agreement is known. The number of Jews who were still living in Syria at the time she claims she completed her "secret mission" is also known. These numbers are documented and prove that Carr's claims are false. As a Jew born in Canada of Syrian Jewish descent, I am
extremely dissappointed that the Canadian Jewish community has been so disrespectful of our greatest trading partner and ally and been so gullible to accept claims without fact or even question.