Whenever Morocco is extolled as a model of Jewish-Muslim coexistence, anti-Jewish events such as the 1948 pogroms are rarely mentioned. Yet 10 percent of Morocco's Jews are reckoned to have fled in panic following anti-Jewish riots in Oujda and Djerada 65 years ago. Lyn Julius writes in the Harif Clash of Cultures blog on the Jerusalem Post:

Sixty five years ago, on the morning of 7 June 1948, a riot broke out against the Jews in Oujda, a city in north-east Morocco close to the border with Algeria. Five Jews were killed and 15 wounded.

Around 9.30 in the morning, a police patrol was forced to rescue Albert Bensoussan, a Jewish hairdresser, from the clutches of a mob. They had accused him of aiding Jews emigrate to Palestine and carrying grenades on his person. After an animated discussion on the situation in Palestine, a young Jew stabbed a Jewish convert to Islam, a well-known merchant by the name of Ben Kiran. The wounded merchant dragged himself to a shop run by his Jewish friends, the Marciano brothers.

This was the signal for trouble to erupt simultaneously all over the town. The mob went wild in its hunt for Jews. One Frenchman mistaken for a Jew was lynched. Prosper Marciano, commenting on the weblog Dafina reveals that one of the victims was his maternal grandfather Messaoud Bendayan, lynched and hurled from a balcony.

Jewish shops were pillaged and the loot carried off in trucks that had been readied in advance.

The mob converged on the Alliance Israelite school where the headmaster saved his pupils from almost certain slaughter by ordering them to hide beneath their desks. He locked the front gates. The mob thought the school was closed and continued on its way to the Jewish quarter. Dozens of Jews were hidden by sympathetic Muslim neighbours. The police made a timid and impotent showing before withdrawing to barracks.

Mokhazni auxiliary reinforcements were summoned, but joined the looters and rioters. The civil authorities, waiting for instructions, failed to call in the army. In any case it was under orders not to fire. When it finally did deploy, the army’s primary objective was to protect the European quarter and only later to restore order. By the time they intervened, the worst was over – five dead, 15 wounded and more than 200 million francs’ worth of Jewish goods pillaged. Jews had killed or wounded a number of rioters in their efforts to defend themselves. 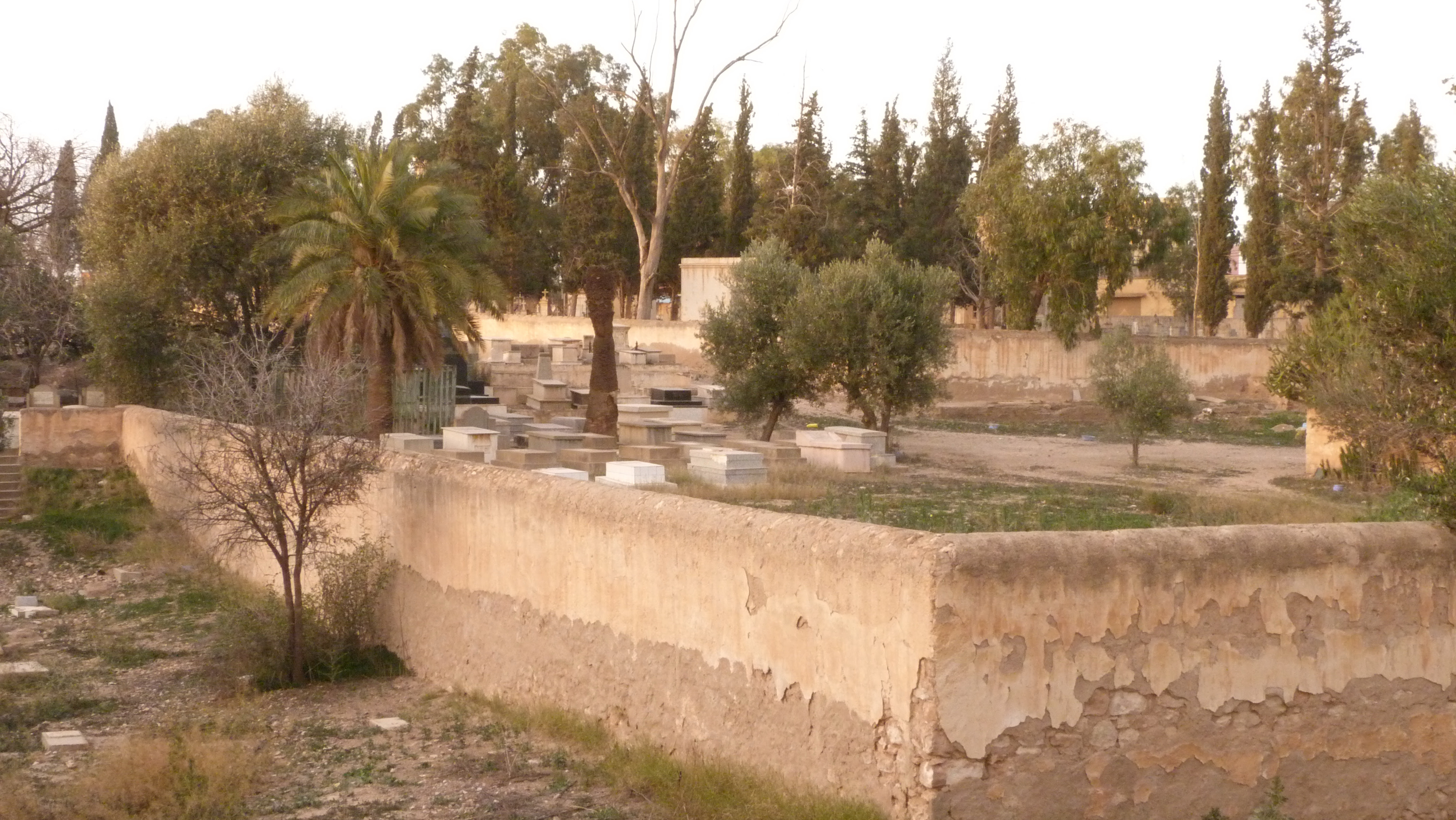 The Jewish community was furious at the late arrival of the forces of law and order. Its leader, Mr Obadia, had not only kept the regional governor informed of the tension gripping the town but he had passed on rumour after rumour that trouble was about to break out. His French superior saw fit to leave the town in order to attend a wedding in the neighbouring district of Taourirt. Meanwhile the French Foreign Legion had chosen that day to conduct military manoeuvres in the area.

But that was not the worst of it. Through criminal negligence or otherwise, the town was not sealed off, and the rioting spread the following day, 8 June, to the small mining town of Djerada, 60 km south west of Oujda. The town was recovering from a long miners’ strike.  The death toll was heavy for a Jewish community numbering 117 souls: 37 were slaughtered. Among the dead was the community's rabbi, Moshe Cohen, and his entire family: wife, his mother, 13-year-old son, daughter aged six and a baby of one year.

In all, ten women were slaughtered and 10 young children. The events had a huge impact in Morocco, but the local French press chose not to mention the aloofness of  the authorities, blaming ‘hostility between Jews and Muslims’. One newspaper, La Vigie Marocaine, lumped together Jewish and Arab casualties: 45 dead, 55 wounded.

Pasha Hajaoui of Oujda, an upright man, sentenced 180 rioters to heavy prison sentences, condemned their cowardice and presented his condolences to each individual victim's family in the name of the king. On Friday 11 June he was stabbed and seriously wounded in the mosque of Oujda by the nationalist brother of one of the rioters.

Some Jews blamed the French forces of law and order (Morocco was not yet independent) for a Machiavellian plot to discredit the nationalists while teaching the Jews a lesson. The Hagana emissary Israel Herz reported that the pogroms were orchestrated by Arab League supporters in the Sultan’s court – to wit, dozens of scouts had been mobilised days before the riots and had prepared weapons, supplies and trucks to ferry the rioters to Djerada.

Some claim that the massacres were deliberately instigated by the French authorities following a failed attempt to incite trouble in Fez on the last day of the Maimouna, but Michel Abitbol, in his book Le passe d'une discorde, says there is no evidence for this. What is clear is that in both places, the police arrived too late to prevent the disturbances and were only able to take note of material damages.

The Sultan himself, Mohammed V, was criticised for an ambiguous speech appealing for calm. In it he expressed concern about Morocco's Palestinian Arab brothers, although emphasizing Moroccan Jews' loyalty to Morocco. He ended by calling for countrywide calm. Unfortunately, many listeners only heard the first part of his speech.

Panic gripped the Jewish community – feeling vulnerable in their villages, Jews sought refuge in the care of the Joint at the Alliance school at Oujda. Around 10,000 moved to Casablanca. Hundreds of young Jews left Morocco illegally, crossing the border between Morocco and Algeria, close to Oujda, en route towards France and Israel. Some 8,000 fled to Israel before aliyah became legal in 1949.

Whenever Morocco is extolled as a model of Jewish-Muslim coexistence, anti-Jewish events such as the 1948 pogroms are rarely mentioned. In his book Une certaine histoire des juifs du Maroc, Robert Assaraf writes that the Oujda and Djerada pogroms, the worst since the Fez Tritl of 1912, had a grave psychological effect.

The conduct of the French was the norm, not the exception, and followed the same pattern for every pogrom throughout the years.

In practically every pogrom, even though they had prior knowledge of plans to attack Jews, the French soldiers became invisible.

You mention the pogrom of Fes in 1912, it started after French officers and their Moroccan soldiers proceeded to disarm the Jewish population of the Mellah on suspicion that they were selling arms to the rebels.

The myth of harmony between Jews and Muslims in Morocco does not hold water in face of historical scrutiny. Every hegemonic society wants to believe it treats its minorities good and thus feel good about itself, but this is very rarely the case. When one actually examines the history of Jews in Morocco one finds numerous cases of persecutions of Jews. Authentic Jewish historical sources, such as the book al-ta'arikh, that describes the history of the Jews in Fes as recorded generation after generation by the family of Ibn Danan, the Dayanim of Fes, the history of the jews there seems like moving from one persecution to another. A miserable existence that was accompanied by brutal treatment from the hegemonic Muslim society. Their four hundreds year old manuscript is available online in Hebrew here - http://www.otzar.org/wotzar/book.aspx?84101&lang=eng

Other sources give a similar picture as well. Much before "Israel" could have been the excuse for any of the persecutions, Jews suffered greatly in Morocco under the hands of the ruler or the masses. In the times of the ruler Yazid in the end of the 18th century, for example, there were mass killings of Jews in different parts of morocco including rape of Jewsih women. Under his rule even Jews in the most rural and small towns of morocco were effected, Jews in the Berber town of Oufran (not the ski resort) were given the choice of death or forced conversion to Islam, and 50 of them chose to burn themselves alive to avoid the forced conversion.
During the 19th century, during Morocco's wars with the European powers, there were Muslim riots and massacres against the Jews in Tetuan, Mogador (essaouira), Melilla, and more cities throughout the country. Hundreds of dead, women raped, property looted.

Depicting the Jewish history in the Maghreb as harmonious, besides telling a complete falsehood, it's also disrespectful for the memory of all those victims of persecution from our community.

I have the French version by Georges Vajda of the Ibn Danan family journal, I could see that in places he translated literally which doesn't render correctly the figures of speech, for example.
I certainly would like to see a transcription of the original Moroccan manuscript in Hebrew or Latin characters. Do you know if there is such a thing?

Hi Sylvia,
In the link I posted in my previous comment appears the manuscript in its original Jewish-Arabic in Hebrew characters, as was written by the Ibn Danan family, along side its Hebrew translation.