Helen Thomas and the forgotten million

The death of White House journalist Helen Thomas (pictured) is an occasion for Sarah Sheafer to draw attention, in the Times of Israel, to the million Jewish refugees who came not from 'Poland, Germany or the US' (as Thomas notoriously put it) but fled antisemitism in Arab lands. However, I take issue with Sheafer's fashionable focus on the 'discrimination' these Jews encountered on arrival in Israel.  Israel did not 'hide the issue because of shame' nor could the issue become 'sore because of lack of awareness.' Rather, the absorption of 600, 000 immigrants was achieved, despite the hardships, precisely because Israel refused to exploit refugees as political capital - as the Arab side has done.

In my spring semester at the College of Charleston, I was lucky to have an Israeli visiting professor originally from Iraq. She co-taught a course titled Cultures of the Middle East with a Palestinian professor. On the first day of class, she introduced herself: “Hello, my name is Naomi and I am a refugee.” Naomi Gale’s words stuck with me as she told the class about the hardships her family went through.

She told us how her family was forced to leave Iraq due to an increase in discrimination after Israel became a state in 1948. They were forced to flee their home country for Israel, where they lived in a tent for five years, eventually transitioning to a tin home in a development town in Israel. Her family, which consisted of her mother, father and eleven children, came along with one million other Mizrahi Jewish immigrants as they were forced to leave their homes in Arab or Muslim countries. By the end of the Yom Kippur War in 1973, the majority of Jewish communities in the Middle East, other than Israel, were practically non-existent. 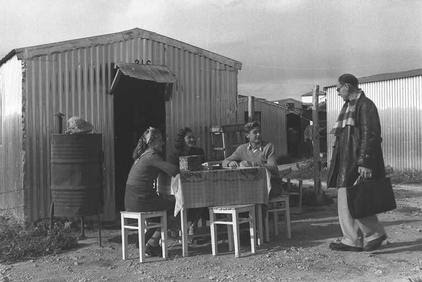 Ma’abara, a development town near Nahariya in 1952 (photo: Wikimedia Commons)

She told the class how her family was classified as refugees by the United Nations, but their story was swept under the rug as the world devoted all of its attention to the Palestinian people and as Israel tried to hide the story because of shame. Regardless of discrimination against Mizrahi Jews, the Israeli government was more concerned about building and protecting its infant state.

Pushed aside, Mizrahi Jews were not a concern. While the gap between Mizrahi and Ashkenazi Jews has shrunk since then, the topic is still a sore subject, which is evident by the lack of general awareness on the issue. 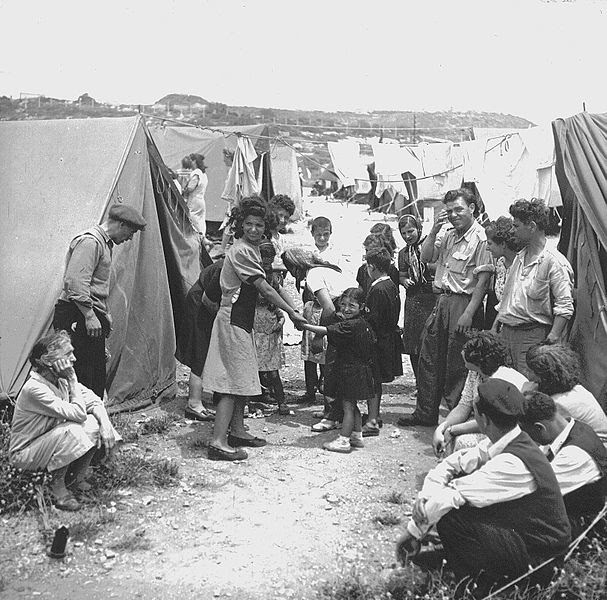 She described her initial experience of moving to Israel as a melting pot, but not the type Americans generally think of. Instead, the pot didn’t embrace multiculturalism. It forced her to conform to a Western Ashkenazi Zionist ideal. In school, she studied heritage and historical figures from her European counterparts. In the religious realm, she was told to pray and practice Judaism according to Ashkenazi customs. But what about her heritage?
Discriminated first in her country of origin, Naomi found herself in the same situation, but now by fellow Jews. Just because her skin was dark, other little children weren’t allowed to play with her. Just because she spoke Arabic, she wasn’t invited into Ashkenazi homes. 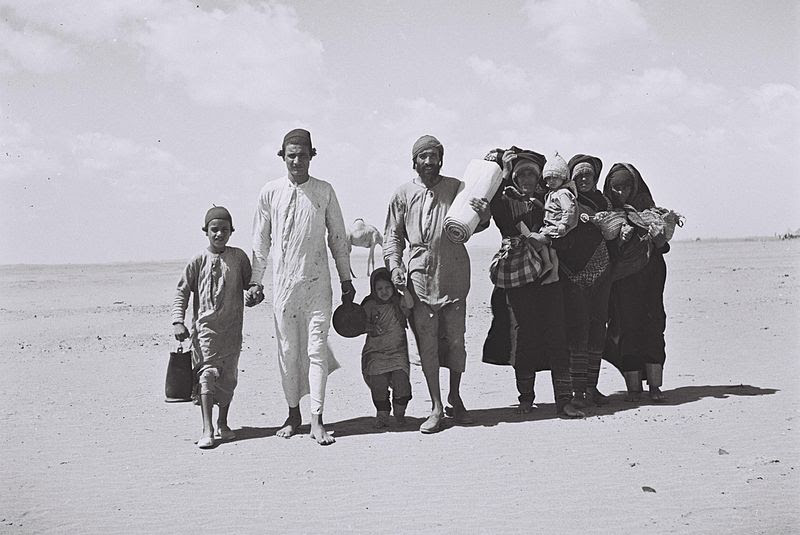 A Yemenite family walking through the desert to a reception camp (photo: Wikimedia Commons)

Her story was common during the time. Discrimination against Mizrahi Jews in Israel started to diminish with the help of the military, integrating the two groups. As the immigrants began to establish something for themselves, so too did the perception of them change.

What about Mizrahi Jews, Helen Thomas?

Why it can be 'cool' to suppress Mizrahi history
Posted by bataween at Monday, July 22, 2013

Jeffrey Goldberg wrote about his encounter with the very antisemetic and generally ignorant Ms. Thomas, who forgets not only about the million Jewish refugees of the MENA, but also about the way American aboriginals were dispossessed of their land to make way for the likes of her Lebanese immigrant family.