Call me Iraqi: urbane and good with numbers 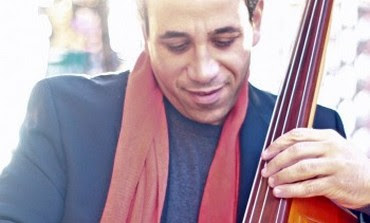 
Israelis tend to categorise people by class, not ethnic background. So for Iraqi-Israeli Eyal Solomon, writing in the Jerusalem Post, to be hailed by Americans as a Sephardic was an odd experience:

NEW YORK — I had only known my girlfriend for a few weeks when she invited me to a friend’s house for Shabbat dinner on the Upper West Side.

As a 44-year-old secular Israeli who had moved recently to New York City after my divorce, I didn’t have much experience with American Jews.

Her friends were great: educated, liberal traditional Jews who seemed genuinely interested in getting to know me. While their religious rituals were new to me — I never saw people washing their hands and not speaking before making blessings on the challah — it was the conversation that shocked me.

“Are you Sephardic?” one of the guests asked me. Everyone stopped talking.

“I have some Sephardi friends,” another guest offered.

I froze, my fork midair. They weren’t really inquiring about my origins — my dark skin was a dead giveaway. What they were really asking me was, “How come you don’t behave Sephardic? We’re not in Tel Aviv anymore, Toto.

In Israel, when people wanted to know where my family was from, the answer was easy: Both my parents came to Israel in 1951 as part of the “Iraqi Exodus,” where they quickly assimilated into the Israeli melting pot. I was a first-generation Israeli and proud second-generation “Iraqi” — shorthand for urbane, even keeled and good with numbers.

But in Israel we hardly ever used the term Sephardic, lumping together all Jews from Arab lands. Moreover, the literal term Sephardim — i.e. from Spain and Portugal — does not apply to Iraqi Jews who, like most Mizrahi Jews from other Arab countries, were never persecuted and exiled during the Spanish Inquisition. The Iraqi experience was different from the Moroccan, Tunisian, Yemenite, Egyptian, Spanish and Greek ones.

Jews of European descent used the term Sephardic to denote anyone who wasn’t like them: the non-Ashkenazi. The category may have been helpful for religious Jews, who followed either Ashkenazi or Sephardi customs in prayers and Jewish law, but it had no relevance among the secular.

Moreover, the discrimination in Israel against the non-Ashkenazi immigrants from the 1950s through the 1970s was a thing of the past. The older generation, like my mother, loved to make distinctions between ethnic groups.

“We’re Iraqi,” she would exclaim proudly, even though her blond hair would have people believe otherwise. “Iraqis are like the Ashkenazim of the Sephardim,” she would add, explaining how her people were educated and modern, not like the others — implying how backwards other groups were.

I’m sure that somewhere out there, a Moroccan or Tunisian or Egyptian mother was making the very same boast.

Yet I never heard people my own age make these differentiations. We tended to categorize people by their socioeconomic class: Were they educated, artists, upwardly mobile, yuppies or creative types? After that initiation on the Upper West Side, I discovered many American Jews used this terminology. My girlfriend’s friends would describe a date as “too Sephardic,” which I learned meant pushy, sleazy, aggressive. What they termed Sephardic was what Israelis often termed “Arss,” Arabic for “pimp” — a derogatory term for the type of guy who opens his shirt buttons to expose his chest, sporting a large gold Chai, and has dice hanging from his souped-up BMW.

Read article in full
Posted by bataween at Tuesday, July 09, 2013

"too Sephardic,” which I learned meant pushy, sleazy, aggressive. What they termed Sephardic was what Israelis often termed “Arss,” Arabic for “pimp” — a derogatory term for the type of guy who opens his shirt buttons to expose his chest, sporting a large gold Chai"

Here he is, on canvas for posterity to remember us by.
Reminiscent of Toulouse Lautrec's depiction of Jews over a century ago.

Great stuff! And here is the fat Jewish banker by Toulouse Lautrec:

Link to article doesn't seem to work for me. It's here.