Arabs without Jews: roots of a tragedy 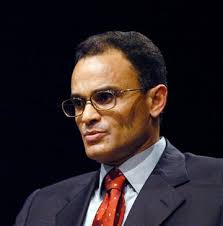 It is good to see that the Jewish Voice has reprinted Magdi Allam's clear-sighted article, Arabs without Jews: roots of a tragedy. Allam wrote it just after seeing Pierre Rehov's 2004 The Silent Exodus, the first film ever made on the topic of Jews driven out from Arab countries. Much has changed since, but some things have stayed the same: as the Arab world tears itself apart, Allam's words ring truer than ever. Allam is an Egyptian Muslim journalist who converted to Catholicism; the deputy editor of Corriere della Sera, he became a Euro-MP.

Israel is the keeper of a mutilated Arab identity, the repository for the guilty consciences of the Arab peoples, the living witness to a true history of the Arab countries, continuously denied, falsified and ignored.

Seeing Pierre Rehov's documentary film 'The Silent Exodus' about the expulsion and flight of a million Sephardi Jews helped me gain a better understanding of the tragedy of a community that was integral and fundamental to Arab society. Above all it has revealed to me the very essence of the catastrophe that befell it, a catastrophe which the mythical Arab nation has never once called into question.

In a flash of insight I could see that the tragedy of the Jews and the catastrophe of the Arabs are two facets of the same coin. By expelling the Jews who were settled on the southern and eastern shores of the Mediterranean centuries before they were arabized and islamized, the Arabs have in fact begun the lethal process of mutilating their own identity and despoiling their own history. By losing their Jews the Arabs have lost their roots and have ended up by losing themselves.

As has often happened in history, the Jews were the first victims of hatred and intolerance. All the "others" had their turn soon enough, specifically the Christians and other religious minorities, heretical and secular Muslims and finally, those Muslims who do not fit exactly into the ideological framework of the extreme nationalists and Islamists. There has not been a single instance in this murky period of our history when the Arab states have been ready to condemn the steady exodus of Christians, ethnic-religious minorities, enlightened and ordinary Muslims, while Muslims plain and simple have become the primary victims of Islamic terror.

Underlying the Arab 'malaise' is an identity crisis that neither Nasserist nor Ba'athist pan-Arabism, nor the Islamism of the Saudi Wahabis, the Muslim Brotherhood, Khomeini and Bin Laden has been able to solve. It's a contagious identity crisis, spreading to and taking hold of the Arab and Muslim communities in the West.

I remember that around the mid-1970s the Arab exam in civic education taken in both state and public schools in Egypt defined Arab identity thus: "the Arabs are a nation united by race, blood, history, geography, religion and destiny."

This was a falsification of an historical truth based on ethno-religious pluralism, an ideological deception aimed at erasing all differences and promoting the theory of one race overlapping with a phantom Arab nation in thrall to unchallengeable leaders. It was directly inspired by Nazi and fascist theories of racial purity and supremacy which appealed to the leadership and ideologues of pan-Arabism and Islamism. It is no wonder that in this context Manichean Israel is perceived as a foreign body to be rejected, a cancer produced by American imperialism to divide and subjugate the Arab world.

The historical truth is that the Middle Eastern peoples, in spite of their arabization and islamization from the 7th century onward, continued to maintain a specific identity reflecting their indigenous and millenarian ethnic roots - cultural, linguistic, religious and national. The Berbers, for example, who constitute half the population of Morocco and a third of that of Algeria, have nothing or very little in common with the Bedouin tribes at the heart of Saudi or Jordanian society. When in 1979 Egypt was sidelined from the Arab League for signing a peace treaty with Israel President Sadat restored its Pharaonic Egyptian identity which he proudly contrasted with its Arabness. Here was an isolated but significant attempt to recapture an indigenous identity - advertising historical honesty and political liberation while saying 'enough is enough' to rampant lies and demagogy.

In fact 'the Silent Exodus' testifies that anti-Semitism and the pogroms against the Jews of the Middle East preceded the birth of the state of Israel and the advent of ideological pan-Arabism and pan-Islamism. It infers that hatred and violence against the Jews could originate in an ideological interpretation of the Koran and the life of the prophet Muhammed taken out of context.

It would be a mistake to generalize and not to take into account that for long periods coexistence was possible between the Muslims, Christians and Jews of the Middle East, at a time when in Europe the Catholic Inquisition was repressing the Jews and when the Nazi Holocaust was trying to exterminate them. In the same way, one cannot ignore Israel's responsibility together with Arab leaders in the emergence of the drama of millions of Palestinian refugees and the unresolved question of a Palestinian state.

The fact remains that of the million Jews who at the end of 1945 were an integral part of the Arab population, only 5,000 remain. These Arab Jews, expelled or who fled at a moment's notice, have become an integral part of the Israeli population. They continue to represent a human injustice and an historical tragedy. Above all, they are indicative of an Arab civil and identity catastrophe.

That is why to recognize the wrongs committed towards the Arab Jews - as the maverick Libyan leader colonel Gaddafi has recently done - by objectively rediscovering their past and millenarian roots, by finding again their tolerant and plural history and by totally and sincerely reconciling themselves with themselves, the Arabs could free themselves from the ideological obscurantism which has relegated them to the most basic level of human development and has changed the region into the most problematic and conflict-ridden on earth.

Read article in full
Posted by bataween at Wednesday, July 24, 2013

OT
The results of the elections for the Chief Rabbinate are expected to be announced within the next half hour.

(Nepotism?)
Thanks for keeping us updated.

They both happen to be a good choice because they are both the least controversial (although I don't know Bouaron).