A ghostly Jewish village in Yemen

The Middle East and North Africa is full of the palaces of bygone rulers and the ghosts of extinct communities.

According to the WebUrbanist, Here's all that's left of Beit Baws, an abandoned Jewish village perched on a rock on the outskirts of the Yemen capital Sana'a.
Its residents were among the 50,000 Jews who left Yemen for Israel in the great airlift 'Operation Magic Carpet'.

However, a few families still live at Beit Baws and have even rigged up electricity.

The video clip below gives an idea of how and where this pious community lived in Yemen, set to the music of Ofra Haza and Zion Golan. Today there are estimated to be barely 100 Jews left - with some 70 confined to an enclave in the capital Sana'a. 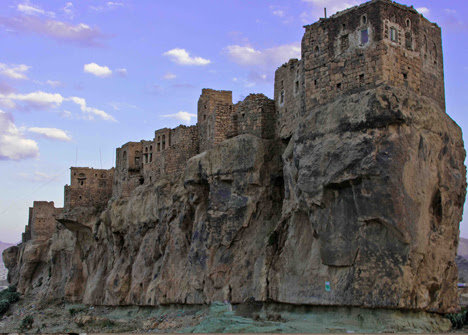 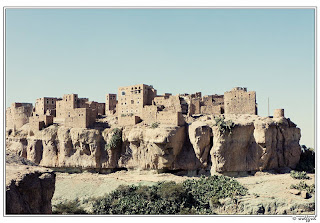 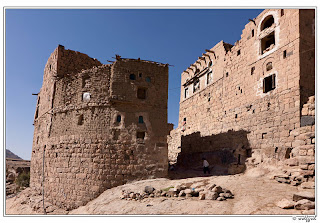 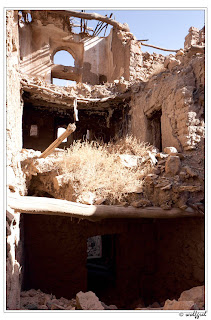 Read article in full
Posted by bataween at Friday, July 19, 2013

With every mass exodus from Arab countries there were a few thousand Jews who stayed behind, and Yemen is no different. The numbers are down to 100 now because the country is very unstable.