History of the Jews of Yemen, warts and all 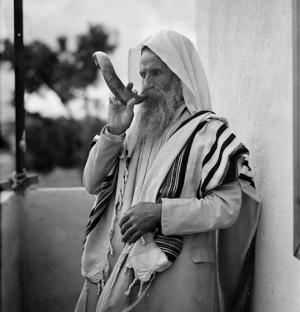 Ghaidaa Abalsi has been researching the fast disappearing Jews of Yemen as part of her Politics degree at Warsaw university. A two-part summary of her paper has appeared in the Yemen Times. What is fascinating is that neither the masters student herself, nor the newspaper, have tried to whitewash less palatable facts:

The  Muslim era of Yemen started in 7th century. The Muslim commander in Yemen, Jabal Ibn Muadh, was ordered by Mohammed the Prophet not to convert the Jews to Islam by force. This was one of the tenets regulating the Muslim state and its non-Muslim subjects.

Jews were classified as dhimmis, a protected minority which was obligated to pay a special tax.

Jewry, as found in Yemen, could be divided into three major sects: Shami, Baladi and Darda’i.

Shami means someone from Shams, an Arabic term for the area which contains Syria, Palestine, Jordan and Lebanon. This sect of Jews had adopted the Sephardic liturgy in prayer and many of their customs but, to a large extent, still remained Yemeni in character.

They retained many Yemeni customs and did not follow the Sephardic liturgy entirely. They tended to follow the Code of Jewish Law (Shulhan ‘Arukh), which was written by R. Yosef Karo (a Sephardic Jew), according to Yemeni interpretation.

Baladi means in Arabic, “local” or “regional.” Baladi Jews were more traditional and, though they adopted certain outside practices, remained by and large untainted. They did, however, accept the Kabbalah, the central text of mystic Judaism, likely written in Spain.

Darda’i is a compound word, combining dor and dea to mean “generation of knowledge.” This sect began in the early part of the 20th century under the leadership of Mori Yihyeh Al-Gafih. (“Mori” is the Yemeni term, roughly speaking, for “rabbi.”)

His followers more or less following the teachings of Maimonides and they were, by far, the strictest adherents to the ancient traditions.

In Israel today, the Darda’i are forced to congregate secretly (can any reader confirm this? - ed) and to remain an underground movement. They number only a handful. Of this handful, very few conscientiously keep the finer aspects of their tradition—including the ancient formula for tanning the leather to be used for Torah scrolls.

Yemeni Jews in the Modern Centuries: At the beginning of the 19th century, Jews in Yemen numbered 30,000, and lived principally in Aden, Sana’a Sada, Dhamar, and Hadramout.

There were two major centers of population for Jews in Southern Yemen besides the Jews of Northern Yemen, one in Aden and the other in Hadramout.

The Jews of Aden lived in and around the city, and flourished during the British protectorate. The Jews of Hadramout lived much more isolated life. In the early 20th century, their number had grown to about 50,000.

They currently number only a few hundred individuals and reside largely in Sadah and Rada’a.

In Aden, Jews were present in large numbers in the downtown areas where what was known as the “Jews’s Avenue” used to exist.

Some country people still remember their Jewish neighbors in mountainous villages. Beit Qatina, located in Mahwait province, is one of such hill stations where Jews settled down in the past. Their homes and shops still exist today, though vacant.

Reports emanating from Yemen in the 1920s indicated that local Jews were subjected to a unique statute known in Jewish sources as the “orphans’ decree.”

This law obligated the Yemeni (then-Zaydi) state to take custody of dhimmi children who had been orphaned, usually of both parents, and to raise them as Muslims.

The statute had roots in 18th century Zaydi legal interpretations and was put into practice at the end of that century. The orphan’s decree has been preserved in the collective memory of Yemeni Jews as the single most threatening and oppressing act against their community in the country.

In the 19th Century, under the rule of the Imams, the Jews of Yemen became social pariahs, being forced to follow harsh and often humiliating rules.

Jews were forbidden from wearing new or flamboyant clothes, compelled to walk long distances on foot (the riding of donkeys and mules was reserved for Muslims).

Immigration from Yemen to Palestine began in 1881 and continued almost without interruption until 1914. It was during this time that about 10 percent of the Yemeni Jews left.

The creation of Israel: Life became harder for the Yemeni Jews after the creation of Israel in 1948, with outbreaks of violence against Jews. After the partition vote of the British Mandate of Palestine, rioters engaged in a bloody program in Aden that killed 82 Jews and destroyed hundreds of Jewish homes.

Aden’s Jewish community was economically paralyzed, as most of the Jewish stores and businesses were destroyed.

Most were flown out of the country over the next few years in what was called “Operation Magic Carpet”—a joint Israeli-American effort to bring Yemeni Jews to Israel.

A second, much smaller wave of around 1,200 Jews resettled in Israel in the early 1990s. A few hundred stayed in Yemen, largely in the northern province of Sa’ada.

After Houthi rebels eroded the government’s grip there in recent fighting, the Jews were evacuated to a compound in Sana’a. As the perceived threat to them grows, Jewish-American and Israeli groups and American diplomats are trying to establish refugee status for the dwindling community and then pay for their resettlement in the United States or Israel.

The murder in 2008 of Rabbi Moshe Yaish Nahari by the hand of radical Islamist opened the door for more Jewish immigration.

In 2009, heightened tensions with Al-Qaeda led the United Jewish Communities, the U.S State Department, and the Hebrew Immigrant Aid Society to work together to implement the evacuation of close to half of the remaining Jewish population in Yemen.

A family of Yemeni Jews poses for a picture‭.‬

Yemen may very well lose its Jewish community as more Yemeni Jews immigrate to Israel. All that we may be left with is the memory of Yemen’s Jewry.

Most of the remaining Jews in Yemen live in a guarded compound in Sana’a after having been driven from their homes in Sa’ada by the Houthis in 2007.

Hood, a local human rights organization in Yemen, has criticized these tough security measures imposed on the Yemeni Jews.

In a letter sent to directors of National Security, Political Security, and Interior Ministry, Hood said that the Yemeni authorities impose a restriction on the Jews that—despite claims that it is for the community’s safety—could be described as “prison.”

“Those are Yemeni citizens,” the letter went on, “and they have constitutional rights to freedom of movement and expression. Banning them from an interview and the media or meeting visitors or the like are crimes violating their constitutional rights and restricting their humanitarian freedoms guaranteed by the legislature in the texts of articles (41-42-48) of the Constitution of the Republic of Yemen.”

As Yemen was moving toward transition period following a three decades' long dictatorial presidency under Ali Abdullah Saleh, the Jews of Yemen sought political recognition by demanding to be allocated seats in Parliament.

Yemen Chief Rabbi Yehia Yussef Mussa told CNN Arabic back in May 21st, 2012, “I demand the government’s pay attention to [us], to work to allocate seats for members of the community in the Consultative Council and Parliament, in order to experience real citizenship, non-discrimination, a right guaranteed by our law and the Constitution,” he said.

Mussa emphasized at the time that his community hoped to serve the country to the best of its abilities, just as any other Yemeni would, regardless of their religion.

A local NGO called Sawa also protested the exclusion of the Yemeni Jewish community from a national conference that was meant to promote dialogue between various groups in the country for shaping the future of the country after the transition period that started after the ex-president Ali Abdullah Saleh stepped down from power in 2011.


Jewish heritage:  Still, many Yemenis say they appreciate the heritage of their country’s Jews.

In the Great Mosque in Sana’a old city, a guard, whispering as pious men pore over Korans, points out Jewish carvings. In the village of Jibla, south of Sana’a, locals show the Star of David on an ancient synagogue, now a mosque.

The remains of Jewish life in Yemen is still visible today through distinctive Jewish architecture—whether in the decoration of buildings or the Jewish temples.

“The Jews left, but Judaism is still in Yemen,” one man said. Another man also admitted that, in his experience, Yemeni Jews remember the traditional songs of the country better than the  Muslims.

Across the country, many Yemenis still remember this name: Shalom Ben Joseph Shabbezi, or Salim Al-Shabzi.

Shabazi was a Yemeni Jew poet, who lived toward the end of the 17th century in Taiz. He wrote liturgical poems in Hebrew and Arabic, some pieces alternating between the two languages from verse to verse.