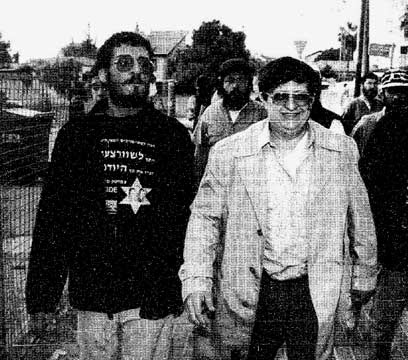 The maverick 'rabbi' Uzi Meshulam, who demanded in the 1990s that Israel investigate what has come to be known as “the kidnapping of the Yemenite children," died on Friday at the age of 60, Arutz Sheva reports. Israel subsequently held four commissions of inquiry into the scandal. Some children were never accounted for, although the idea of a government conspiracy has been dismissed.

Meshulam was brought to rest on Friday afternoon, before Shabbat, in his hometown in Yehud.

Meshulam had disseminated information which said that between the years of 1948 and 1954, approximately 4,500 children of immigrants of Mizrahi origins disappeared while in the hospital. Their parents who came to visit them were told that their children had died and were buried, raising some suspicion since in many cases the children had been healthy, there were no death certificates, and bodies were not presented. These facts had led many to believe that the children had in fact been kidnapped and sold to be adopted.

Meshulam, who had for many years gathered evidence regarding disappearance of the Yemenite children, in 1994 locked himself along with his followers in a home in Yehud. Police forces and snipers surrounded the house, and several weeks later, they stormed it, arresting 11 of Meshulam’s officers and killing one, 19 year-old Shlomo Asulin.

Meshulam’s followers were accused of a number of offenses: conspiracy to commit a crime, obstructing justice, attempted aggravated assault, threats, endangering human life willfully and unlawfully production of weapons. They were sentenced to prison terms of between 15 months and five years. Meshulam himself was convicted of instructing his followers to throw firebombs at police and of obstruction of justice. He was sentenced to eight years, but was acquitted of one of the offenses and the sentence was reduced to six and a half years, out of which he served five after then-President Ezer Weizman deducted seven months from his sentence.

Ynet News (with thanks: Michelle)