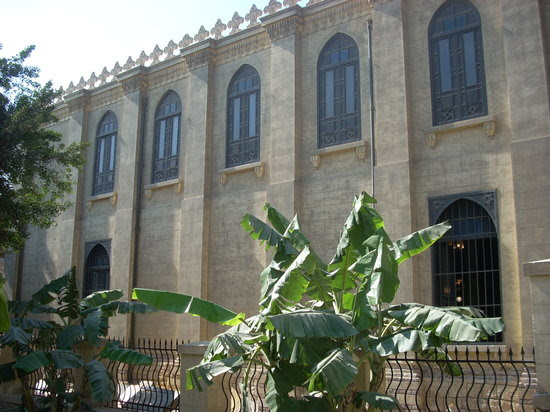 The Ben Ezra synagogue in Cairo


Sixty-five years ago this summer a series of bomb attacks shook Cairo, claiming the lives of up to 200 Jews and setting off a wave of emigration towards Israel.The culprits were the Muslim Brotherhood, who would later assassinate the Egyptian prime minister. David B Green continues his excellent 'On this day' series in Haaretz (with thanks: Levana):

On June 20, 1948, a bomb detonated in the Karaite Quarter of Cairo killed 22 Jews and wounded another 41. As part of a series of attacks on the city’s Jewish population, the event gave a significant push to an ongoing wave of emigration of Jews from Egypt.

Jews had begun to depart Egypt in 1945, after the so-called Cairo pogrom of November 2 (the anniversary of the issuing of Balfour Declaration), when violent demonstrations by Islamists – including the Muslim Brotherhood -- and nationalists against British policy in Palestine turned their anti-Zionist rage on the city’s Jewish population. The Ashkenazi synagogue, in the Muski Quarter, and several other Jewish institutions were burned down, and a number of shops were looted. The next day, rioting spread to Alexandria. A total of six people were killed, with more than 100 wounded.

Egypt’s Jews thought they could distance themselves from the Zionist movement. Community leaders, including the chief rabbi and the presidents of both the Cairo and Alexandria Jewish communities, publicly repudiated Zionism, and those who were active in the movement went underground.

In 1947, the government, which until then had at least nominally protested anti-Semitic actions, began to take official measures against Egypt’s Jews. Foremost of these were the Company Laws, which set quotas on the percentage of non-citizens, the country’s Jews included, that could be employed by incorporated businesses.

After Israel’s declaration of statehood, on May 15, 1948, matters deteriorated further. Jews were rounded up for Zionist activity, which was now illegal, martial law was declared, and the assets of many Jewish firms were confiscated. These official measures were accompanied by more attacks by Islamists on Jews and their property.

When the bomb went off on June 20 in the Karaite Quarter, the authorities initially claimed that it had been set off by Rabbanite Jews, who constituted the majority of Egypt’s Jewish population. They also blamed it on the accidental detonation of fireworks that had been housed in Jewish homes. But details of the crime were censored in the press, and even the local Jewish newspaper did not fully cover the event.

That terror attack was followed by five more attacks on Jewish sites in Cairo during the summer and fall of 1948: the July 19 bombing of two Jewish-owned department stores, and similar attacks on two additional stores on July 28 and August 1; the September 22 blast in the (Rabbanite) Jewish Quarter, which killed 19 people; the destruction of a large Jewish-owned publishing firm, Societe Orientale de Publicite, on November 12. One source puts the number of Jewish deaths to bombings and other murderous attacks, in July 1948 alone, at 200.

Even had it wanted to, the government was not strong enough to stand up to the Muslim Brotherhood, especially not while war was being fought between Arabs and Israelis to the east. And after Prime Minister al-Nuqrashi did finally dissolve the organization, on December 8, 20 days later, he was assassinated by a member of the Brotherhood.

Email ThisBlogThis!Share to TwitterShare to FacebookShare to Pinterest
Labels: Islamism, Jews of Egypt

As reported by Bat-Yeor (Gisele Littman) in her book, the November 1945 pogrom included burning of 3 synagogues in Cairo, one of them the big Ashkenazi Synagogue in Mouski area. The mob looted the big Jewish school of Abasseya in Cairo. They looted private Jewish houses in Alexandria and Cairo and 2 small synagogues in Alexandria.
It was Balfour Declaration day, and just nine months after the Arab League was establshed in Cairo by seven arab countries. In November 3rd 1945, more anti-Jewish pogroms took place in Lybia, with more lootings and cruel killings of many Jews.
During the June 20th 1948 bomb attack, the whole Levy family was killed except for one 7 years old child, Yosef Levy, who was seriously wounded. He immigrated later to Israel and is still living in Herzlia (by Ronen Bergman, Haaretz, 2 February 1996).
Levana Zamir

Thanks, Levana. I think that we need a full article about the 1945 pogrom especially because it came before the War of Independence. Likewise, I think we need more to be written about the persecution and sometimes deportation to German death camps of Jews in Tunisia and Libya, during the German occupation in those countries.

As you would agree, this is a long neglected subject that everyone needs to know more about.

C'est note, as they say.