Arab refugees are the main obstacle to peace 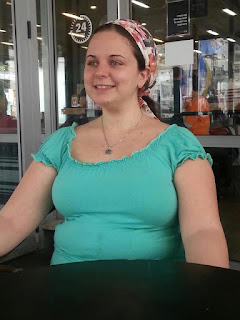 A blogger to watch out for on the subject of Jewish refugees from Arab countries is Rachel Avraham (pictured), a recent immigrant to Israel from the US married to an Iraqi/Moroccan Jew.  Read her latest post for the Jewish Press:

When Israel was established as a state, Israeli historian Benny Morris asserted in his book Righteous Victims that about 700,000 Arabs who were living in the Land of Israel left the country.

He claimed, “The creation of the problem was almost inevitable, given the geographical intermixing of the population, the history of Arab-Jewish hostility since 1917, the rejection by both sides of the bi-national solution, and the depth of Arab animosity towards the Jews. ”

Around the same period of time, over 800,000 Jews from Arab countries also became refugees.  The difference, however, between Jewish refugees from Arab countries and the Palestinians is that Mizrahi Jews were absorbed into Israel as full citizens, while to date even the descendants of Palestinians who left Israel are denied by Arab governments the most basic of rights.

In 1920, Faisal, when asked about Jewish immigration to Palestine mentioned that Jews would never be accepted in Palestine and would be killed at all costs. 1920. Source: "The Farhud" by Edwin Black.