The Jewish cemetery in Saudi Arabia 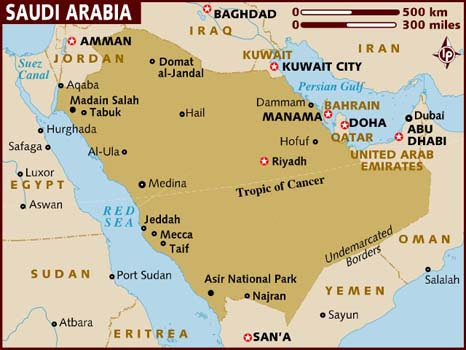 The Jewish cemetery is located in the city of Hoful

Its walls have largely crumbled and it is now a market, but there is still evidence of the Jewish cemetery in eastern Saudi Arabia. Fascinating piece by Nimrod Raphaeli in the Jewish Press.

A few years ago, a Saudi friend told me of the existence of a Jewish cemetery, or maqbarat al-yahud in Arabic, in the al-Ihsaa region in the eastern part of the Kingdom of Saudi Arabia. The friend had been surprised to discover it and knew nothing about its history–about how the cemetery came to exist.

The mystery was answered with the publication in 2012 of a well-documented work by Yusuf Ali al-Mutairi on al-yahud fi al-khaleej (the Jews in the Gulf). The book provides a balanced and well-documented review of the history of the small Jewish communities in the Gulf region from the start of the 19th century through the middle of the 20th. The book states the obvious: that, unlike the large Jewish communities in Iraq, Egypt, Yemen and North Africa, the number of Jews in the Gulf countries had never exceeded a few hundreds in any one country.

Most of the Jews who settled in the Gulf countries, primarily in Kuwait and Bahrain, were of Iraqi origin, and many of them were seeking either to escape military conscription under the Ottoman Empire or to explore economic opportunities. Of these Jews, only a few have remained and probably only in the Kingdom of Bahrain, which, in fact, is represented in Washington by Ambassador Houda Ezra Noonoo, a Jew who speaks Iraqi Jewish Arabic dialect quite fluently.

Saudi Arabia was a special case. The Ottoman authorities brought a number of Iraqi Jews to fill administrative and financial posts in the al-Ihsaa region, the key source of its oil. Al-Ihsaa had been incorporated into the Ottoman Empire in 1871 and governed under the Wilayat of Basra (Iraq) and remained so through 1913. A Saudi royal decree issue in 1956 changed the name of al-Ihsaa Region into the Eastern although local population continues to refer to it as al-Hasa.

In his study on the Jews of the Gulf, Al-Mutairi relates that Jews occupied important positions in al-Ihasaa–notably that of the treasurer (during the Ottoman Empire the post was known in Turkish as sanduq amini). Three successive occupants of the post were Jews–Yacoub Effendi (1878-1879), Daoud bin Shintob (the Arabic version of the Hebrew word Shemtov) (1879-1894), and Haroun Effendi (1895-96). During their tenure, many of the entries into the books were made in Hebrew (most likely in Arabic transliterated in Rashi script).

Al-Mutairi has suggested that keeping the financial records in Hebrew may have been intended to prevent an audit of the accounts possibly to protect their Ottoman superiors. My own grandfather was a sanduq amini in the Province of Basra for more than two decades until the occupation of the city by the British in 1917. Like many people in his generation, he studied Torah and learned to write Hebrew in the old Rashi script.

Jews were also employed in al-Ihsaa as treasurers in the Sunni office or in the court of cassassion of the district (liwaa). One Jew, known as “Elyahu the Jew,” served as the collector of customs in the port of Oqair, one of the most important ports in al-Ihassa at the time. But perhaps the most significant post held by a Jew was that of Director of Customs for the whole province, a post that was sought after by many individuals both inside and outside al-Ihasaa because it offered the potential for illicit income.

Daoud bin Shintob (Shemtov) is thought by Al-Mutairi to have been the best-known Jew in al-Ihsaa because of the strong relationship he maintained with the Ottoman and local officials–in particular, with Mohammad Sa’id Pasha, the governor of the Liwa (province) of al-Ihsaa, during the latter’s third term as governor, 1896-1900.

Complaints against Sa’id Pasha relating to his special relationship with Shemtov ultimately led to his dismissal despite the absence of any viable evidence of misconduct.

According to our Saudi sources the cemetery is located behind Riyadh Bank main branch and across from Beirut restaurant in the city of Hufuf. In his book, al-Mutairi includes a photograph of a walled area taken by him on September 29, 2009, which he describes as the Jewish cemetery.

Read article in full
Posted by bataween at Thursday, February 14, 2013

Email ThisBlogThis!Share to TwitterShare to FacebookShare to Pinterest
Labels: Jews of Bahrain, Jews of Iraq, Jews of Kuwait

Jews are no longer welcome in S.. but I know of at least one American Jew who goes there regularly and has never been bothered!!!
Sultana

here is something to ponder about:
El semm el hari yehrihom
sultana

Isadore Sharp's father fled from Poland to Palestine before finally settling in Canada, but I have no particular knowledge of Sharp's support of Israel.

I believe you (to the other anonymous) but as I grow older (very older))I realise that gain for money sweeps away everything!
sultana

Oil was discovered in 1938. The Turks left in 1918 so they were hardly likely to have sent Jewish clerks to supervise the oil fields.

The really interesting question about the Jews of Saudi Arabia is what happened to the Jews of Mohammed's time? What relics of their presence still remain? Are there closet Jews pretending to be Muslims? Are there Muslims who know their Jewish ancestry but don't dare admit it?