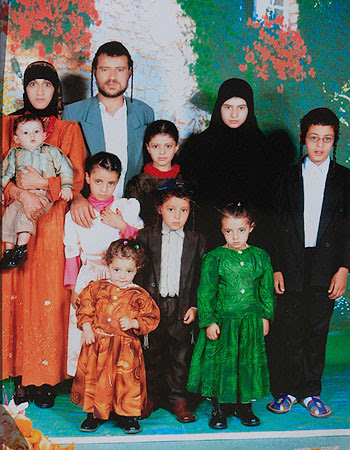 Moshe Nahari's parents delayed their arrival in Israel in order to see that justice was done for their son Moshe, murdered in 2008. They are bound to be disappointed. The killer has not yet been sentenced, although he is back behind bars after a jail break. In a display of double standards towards Jews, the court has tried to fob the Naharis with blood money: if they had been Muslims, the death penalty would have been prescribed.

JERUSALEM (JTA) -- The parents of a Hebrew teacher who was killed in an anti-Semitic attack in Yemen immigrated to Israel.

Moshe Nahari, a ritual slaughterer and Hebrew teacher in the town of Raydah in northwestern Yemen, was killed in December 2008 by an Islamist extremist who reportedly had demanded that he convert to Islam. Nahari, 35, was buried in Yemen.

Nahari’s parents remained in Raydah to campaign for his murderer to be brought to justice. The murderer was caught and found guilty in a Yemen court but has not been sentenced.

The aftermath of the murder saw a wave of aliyah to Israel, with 113 Jews immigrating there since 2009, according to the Jewish Agency, which assisted in the move.

Jew haters and killers seem to have a licence to kill!!!
i am relieved to know that this Yemeni family is safe somewhere in Israel it's a pity though that they had to lose one of theirs.
This lovely and colourful family will certainly have a better life in the midst of their own people
sultana


if you click on to "the Farhud 1941 in Iraq"
you will have the entire story of what was done to the Iraqi Jews.
It is scary, but we had better know than live like dunces!!
sultana