173 years since the Damascus blood libel 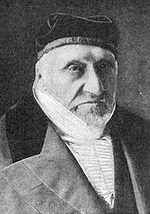 The great British philanthropist Moses Montefiore embarked on a voyage to the Levant to plead for the release of Jewish prisoners unfairly accused on the killing of a monk and his servant in Damascus .

The 19th century Damascus affair was a landmark crisis in the lives of Jews in Arab and Muslims lands, testifying to their absolute helplessness in the face of arbitrary accusations. What David B Green does not say in his Haaretz piece written on the affair's 173rd anniversary, is that no less than 18 blood libel accusations against the Jews were subsequently made throughout the Ottoman empire*.

On February 5, 1840, Father Tommaso, the Franciscan Capuchin monk who headed a monastery in Damascus, Syria, disappeared, along with his servant. This event led to what became known as the Damascus Affair, in which a group of Jews in the city found themselves falsely accused of murdering the priest. The affair aroused great public passions within the Muslim world, and became one of the first cases in which Jewish collective activity on an international level worked to end an injustice – in this case, a blood libel - against a Jewish community.

Syria at the time was under the rule of Egypt, led by Pasha Muhammad Ali, who had broken away from Ottoman control. Because Catholic citizens were protected by France, investigation of the case fell to the French consul in Damascus, Ulysse de Ratti-Menton, who was known for his anti-Semitic sympathies.

Acting on claims from the Capuchins that the priest had been killed by Jews who intended to use his blood for the upcoming Passover holiday, Ratti-Menton began rounding up residents of the Jewish Quarter. One of those arrested implicated eight other Jews under torture; they were arrested and also subjected to terrible physical abuse. Two died and a third converted to Islam, in order to have his life spared.

The Egyptian governor of Syria, Sherif Pasha, accepted the French findings and approved of the sentence issued to the Jewish defendants. A local crowd attacked and ravaged a Damascus synagogue. In the meantime, local authorities arrested 63 Jewish children, in an effort to force their parents to reveal where the blood of Tommaso was being stored.

A sympathetic Austrian consul in Damascus passed information about the tortures being imposed on the Jews to James de Rothschild, the honorary Austrian consul in Paris. This led to a series of intercessions by various European diplomats, and also aroused the sympathies of a wide variety of Jews both in Europe and the United States, some of them otherwise quite assimilated.

A delegation that included Moses Montefiore and Adolphe Cremieux traveled to Egypt to meet with Muhammad Ali. They asked the ruler to order the re-investigation of the affair by more objective authorities, and the release of the prisoners. Muhammad Ali refused to have the case reopened, but did act to have the Jews under arrest freed, on August 28, 1840.

The same delegation then traveled to Constantinople, where they prevailed upon the sultan, Abdul Mejid I, to issue a firman (edict), declaring blood libels untrue and prohibiting trials on the basis of such accusations.

Although the success of the Jewish delegation in effecting the release of the prisoners was celebrated in the Jewish world, the charges were never officially repudiated. Consequently, they continued to be circulated and widely accepted, not only in the Middle East but also in Europe, particularly France. In 1846, a two-volume set of the complete records of the French consul’s investigation was published in France, and subsequently in Arabic, German, Russian and Italian. To this day, the Damascus blood libel is repeated in the Arab world, most notably in a 1983 book by the then-Syrian defense minister, Mustafa Tlass.

At the same time, the affair is remembered for the impact it had on Jewish communities, not only in Europe, but also in the United States, where Jews began to organize politically in order to lobby the government to intercede on behalf of their brethren in Damascus. And indeed the American consul in Alexandria expressed a protest to that effect to the Egyptian ruler.

*p158, The Jews of Islam by Bernard Lewis

From Damascus to Jenin by Elliott A Green
Posted by bataween at Sunday, February 17, 2013

Reading this text has made my hair stand on edge!!!
It's a miracle that we Jews are still around. WIth all that has been said about us,
and not counting all the dead, how is it that we Jews are still standing on our feet? I can but feel terribly sorry about those Jews who had to face such false accusations. God forbid it ever happening again!
sultana