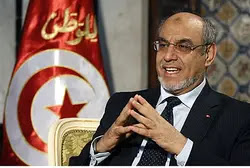 Following on from the petition started by a Tunisian Jew,  a Tunisian support group for minorities has lodged a complaint against an imam, accusing him of inciting hatred against Jews in a fiery television sermon. Arutz Sheva reports (with thanks: Kouichi) :

"We have lodged a complaint with the court of the first instance in Ben Arous against the imam of Rades mosque, Sheikh Ahmed S'hili, for inciting hatred," the association's lawyer Kais Baltagi told AFP.

The complaint is based on legislation which stipulates that anyone using media to "incite hatred between races, religions and people" can be jailed for up to three years.

S'hili's sermon was aired on November 30 by the private network Hannibal TV. The channel itself is not included in the complaint because it broadcast the imam's remarks live and was unaware in advance of the nature of his comments, Baltagi said.

Read article in full
Posted by bataween at Thursday, December 20, 2012

Can anyone explain the deep roots of this hatred against us?
sultana

Yes, we have the collective audacity to continue to identify as Jews, observant or otherwise, instead of "going with the flow" and, to top it off, although we don't account for 1/2 of 1% of the world population, Jewish individuals, institutions and enterprises continue to make a significant positive contribution to society and this causes great envy/resentment.