Could Israel finally be giving North African Jews who suffered from the effects of Nazi and Vichy rule the recognition they deserve?

Tunisian Jews in Israel held a ceremony in the remembrance hall at the Holocaust  memorial at Yad Vashem in Jerusalem on 6 December to mark the 70th anniversary of the Nazi invasion of Tunisia.

The ceremony took place in the presence of Meir Lau, the (Ashkenazi) chief rabbi of Israel, himself a Holocaust survivor, and featured prominent Tunisian Jews such as Andre Attal, Nissim Ma'aim, Claude Sitbon and the journalist and ambassador Boaz Bismuth. The Andalusian orchestra of Netanya sang solemn songs.


In April 1943, 17 Tunisian Jews were transported by air to concentration camps in Europe. None came back alive. One, Victor 'Young' Peres, was a flyweight boxing champion. He survived until 1945, taking part in boxing matches for Nazi entertainment in Auschwitz, only to be killed on the death march. 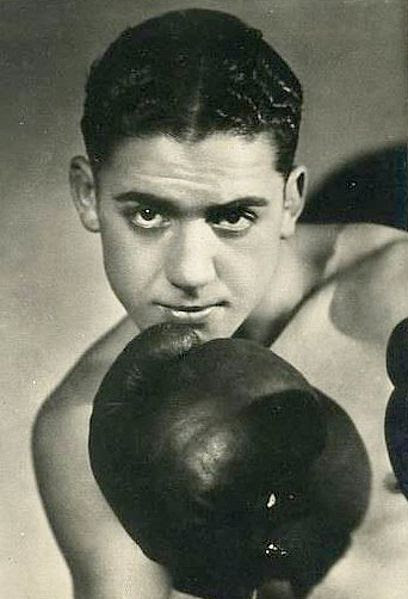 Tunisian-Jewish boxing champion Victor Peres: he died on the death march from Auschwitz

Until the Allied Liberation of North Africa, which began with Operation Torch in November 1942, this was the only instance of Tunisian Jews being deported to concentration camps in Europe during the six months of direct Nazi occupation. Shortly after their arrival, the Nazis established a climate of terror in Tunisia, arresting 100 Jews in the Great synagogue of Tunis and at the Alliance Israelite Universelle school. They threatened to shoot hostages unless the Jews met Nazi demands. At the same time, the Nazis began rounding up the Jewish population. Some 5,000 Jews - generally men between the ages of 15 and 45 - were sent to forced labour camps on the outskirts of Tunis, or at the port of Bizerte or Mateur.

Prior to the Nazi invasion,  Jews had already been persecuted and humiliated by antisemitic Vichy laws. From 1940 on, Jews were rounded up and forced to endure terrible conditions in labour camps. in 1941 and March 1942, new laws were brought in 'to limit Jewish influence' on the economy. the authorities conducted a census and survey of Jewish assets: property and businesses were seized. Only in Sousse and Sfax were Jews forced to wear the yellow star.

Jews of North Africa: oppression and resistance (with thanks: Eliyahu)

1226I am very sorry to have to point out that
25,000 bELGIAN JEWS WERE DELIVERED INTO THE HANDS OF nAZIS;
THEY DEPARTED FROM mALINE;
THE bELGIANS HAVE NOW FOUND THAT AFTERALL THAT CONDUCT WAS VERY WRONG AND HAVE JUST inaugurated A MUSEUM
Is this what we are?Museuam pieces?
sultana

Of course you are right that tens of thousands of Belgian Jews ended up in Nazi death camps, but it's no reason to belittle or ignore the suffering of Tunisian Jews, as some accuse Israel and the Ashkenazi diaspora of doing.