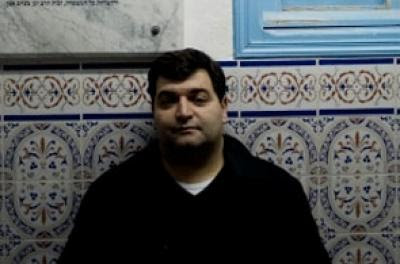 Members of the Ennahda Islamist party in Tunisia have vetoed the appointment of Rene Trabelsi (pictured), the Jewish director of Royal First Travel,  as Tunisian Minister for Tourism, Harissa blog reports.

The appointment was suggested by Prime Minister Hamadi Jebali.

Unofficial sources say that centrists in the party like Jabali were in favour of appointing Trabelsi to replace the incumbent Elyes Fakhfakh, who this week was named Minister of Finance. The objective would be to show that the Islamist government is open to the outside world. Tourism is in the doldrums at the moment. The Trabelsi family dominates the Djerba Jewish community, whose main industry is tourism.


But radicals in the party like Habib Ellouze, Sadok Chourou, Abdellatif el-Mekki and others do not share their view. They reject the idea that the Tourism portfolio should go to a Jew.

In the interim, until a new Minister is named, Elyes Fakhfakh will combine both the Tourism and Finance portfolios.

Email ThisBlogThis!Share to TwitterShare to FacebookShare to Pinterest
Labels: Islamism, Jews of Tunisia

so regardless of his merits, a Jew will always be a suspect! what a hard life for Jews in Arab countries.
sultana