I held the key to our past in Egypt: Jean Naggar 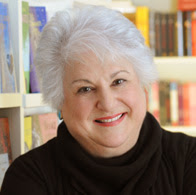 In her memoir 'Sipping from the Nile', Jean Naggar (pictured), tried to salvage the story of her family's 'disenfranchisement' from Egypt. She makes a welcome debut in the Huffington Post:

My mother's Smouha family had deep roots in the Middle East, probably going back to the first Diaspora. Her mother came from Damascus, Syria. Her father was born in Baghdad. They met and married in Manchester, England, and began to raise a family there. Business for the British government took my grandfather, Joseph Smouha, to Egypt, where he eventually settled with his family, contributing his vision and his integrity to the city of Alexandria, draining the mosquito-infested Hadra lakes to build a fine development still known as Smouha City.

My father's Mosseri family, prosperous merchants in Toledo, Spain, arrived in Egypt in the 18th century, tracing a path back to the Spanish Inquisition of the late 1400s. They fled Spain for Livorno, Italy, where they reinvented their lives and traded across the Mediterranean. Eventually, some decided to settle in Cairo, Egypt. Once again reinventing themselves, the Mosseri family wove their lives into the social, economic and cultural fabric of Egypt. They embraced the multi-cultural, post-colonial world in which they found themselves and were in turn embraced by it, creating networks across national and religious lines that led them to live peaceably and productively alongside their Egyptian neighbors, producing eminent financiers, journalists, jurists and real estate developers. As time went on, their many achievements enabled them to undertake the establishment of hospitals, schools, orphanages and community centers.

In 1948 with the emergence of the State of Israel, the balance between Arabs and Jews underwent a profound change. In 1956, I watched my father become unwelcome in his own life. An official summoned him to government offices to pick up an expulsion notice to leave Egypt immediately. Glancing at the address, my father was dumbfounded by the irony: compelled to leave his homeland and the lifework of five generations forever, he was summoned to offices located on the very street that a grateful Egyptian government had named for his father.

My grandchildren hold the key to the future, but I held the key to their past, to a time before economics, politics and war blew entire families, like thistledown, across the face of the world to forge a future in foreign soil. So I wrote a memoir, "Sipping from the Nile, My Exodus from Egypt," to give my children and grandchildren a glimpse at a past from which they were forever excluded.
But I also wrote it in the hope that a profound disenfranchisement so little acknowledged by the larger world would not disappear without trace. The Suez crisis - that footnote in history - hurled Egypt's Jewish communities into exile, leaving homes, businesses, social structures, lifelong friendships and fortunes behind.

Sipping from the Nile: a review
Posted by bataween at Sunday, December 09, 2012

I certainly empathise with our friend!
How many lives have been ruined out of pure jealousy.
But we can see what their land is now without their Jews
sultana

For whatever reason, Jean Naggar leaves out all of the oppression & persecution of Jews before Napoleon circa 1798