Well done to the BBC on a Tunisian triumph 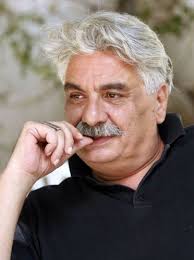 More often than not, this blog has been critical of the BBC's almost institutional bias. But Point of No Return cannot but take its hat off for the second part of the pioneering World Service programme Heart and Soul: Arab Jews - the Forgotten  Exodus (repeated Sunday 21 and Monday 22 October and on demand for the next year), a triumph of incisive reporting. Fronted by Egyptian Magdi Abdelhadi and produced by Helena Selby, the programme pulled no punches in examining the extremist Muslim threat to what remains of Jewish life in Tunisia.

Hesitating to delve into antisemitism predating the creation of Israel in the first programme, Abdelhadi seemed to be on altogether surer ground in this second part. The intimidation of the Jews by Salafist demonstrators was the thin end of the wedge threatening all minorities and women.  Abdel Hadi bravely challenged the Prime Minister and leader of the Islamist An Nahda party, Rachid Al Ghannouchi, accusing him of failing to implement the rule of law, and of a 'revolving door' policy releasing suspects almost as soon they were arrested. Tunisia was caught up in a worrying culture of 'blaming the victim'.

Several Jews, including the 86-year-old community leader Roger Bismuth, a survivor of wartime labour camps, made the point that they were anxious or afraid, that the climate had changed since the Ben Ali regime,  and Jewish ties with Israel had become sensitive. 'Death to the Jews ' had been scrawled on Djerba walls, but one man prided himself on adding 'Death to those who call for death to the Jews.'

Jacob Lellouche in his mother's Tunis restaurant Mamma Lily -  the excitable lady herself was comically told to 'calm down' in the background - gave the 2,300 year-old Jewish community outside Djerba just 15 years before it became extinct. He was busy trying to preserve what he could of Tunisia's Jewish heritage, which he claimed accounted for a staggering '75 percent' of the whole.

All in all, this was the BBC at its best. More please!