Danny Ayalon's campign for Jewish refugee rights has put the cat among the pigeons, writes Lyn Julius in the Times of Israel. The Arab press and leftwing  media are in disarray. But a bigger challenge might be the mass ignorance of the issue among Israeli Jews.  (Full coverage of the UN meeting on 21 September will begin shortly.)

Last week’s “Justice for Jews from Arab Countries“ conference in Jerusalem, staged by the Israeli Ministry of Foreign Affairs (MFA) in association with the World Jewish Congress (WJC), made history: it was the first official attempt in 64 years to introduce the plight of 850,000 Jewish refugees into mainstream public discourse. On September 21, the scene shifts to New York, when Danny Ayalon, WJC President Ron Lauder and leading lawyer Alan Dershowitz will call for UN recognition of the rights of Jewish refugees from Arab countries.

Reactions so far in the mainstream media range from bewilderment to hysteria. The campaign is a “cynical manipulation.” It’s about talking points, political point-scoring, “hasbara.”

In other words, the involvement of the Israeli MFA has raised the media’s worst suspicions. Haaretz and The Daily Telegraph report that the Israeli government is obeying a recommendation of the Israeli National Security Council. It’s a premeditated strategy. It’s a stumbling block to peace, proof of the Israeli government’s ‘insincerity’, an excuse to avoid a peace settlement even when peace talks are not going on. (Naturally, perpetuating Palestinian refugee status down through the generations is not political. And the Palestinian insistence on their “right of return” to Israel is not a stumbling block to peace. )

The Jewish refugees campaign has been referred to as a tactic intended to deflect attention from Israel’s African refugees crisis, according to Shayna Zamkanei, or divert public opinion from Israeli “discrimination” against Sephardim, according to Sigal Samuel. (You know, discrimination is that thing which makes every Sephardi girl reach for her hair-straightening tongs in order to look like her Ashkenazi friends.)

Much Arab criticism has claimed that Jews from Arab countries were not refugees at all. If they were, they would assert a “right of return” of their own to their countries of birth. Since they are now in their homeland of Israel, their aspirations have been fulfilled (Radical Haaretz columnist Gideon Levy has now jumped on this bandwagon). Blogger Petra Marquardt-Bigman calls this vain attempt to “dezionize” Israel an own goal: Ironically, Hanan Ashrawi’s logic is a ringing endorsement of Zionism for the 650,000 Jews who did resettle in Israel. 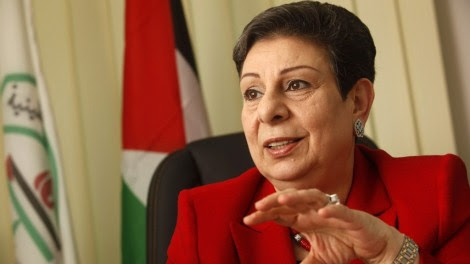 For Hussein Ibish (ably challenged by Ben Cohen), the very fact that the Jews are not asking for a “right of return” makes their campaign for justice “hollow.” They have no substantive claims, he alleges – barring a desire to delegitimise the Palestinian “right of return.”

According to Canadian refugee rights lawyer David Matas, however, you can’t both claim to be a refugee and assert a ”right of return.” “The very assertion of a ‘right of return’ is an acknowledgement that the conditions which led to refugee status no longer hold sway,” he told last week’s conference. Needless to say, the conditions in almost all Arab countries remain as hostile and unsafe for Jews – if not more so — as on the day they fled.

What the Jewish refugee issue does is to remove a stumbling block to peace by pricking the bubble of Palestinian exceptionalism. If one set of refugees from the conflict has been shown to have been absorbed without fuss, what does it say about the other?

Others on the Israeli left have objected to the linkage of the two sets of refugees. One Almog Behar, a young Israeli-born poet, has popped up on Facebook to speak on behalf of an unheard-of committee of Iraqi and Kurdish Jews in Ramat Gan against “renewed Israeli government propaganda efforts to counter Palestinian refugee rights by using the claims of Jews who left Arab countries in the 1950s.” Clutching at Behar’s straw, an Iraqi newspaper is now reporting that Iraqi Jews refuse to be associated with the “file on Palestinian refugees.”(...)

I would think that Jews of Arab origin would be outraged that their dispossession is again raised only as a talking point against Palestinian refugees.

Well actually, Jews from Arab countries are thrilled that their issue is finally being pushed to the fore. In much of the sniping at Ayalon’s campaign, there is sneering contempt; not compassion for Jewish refugees, nor appreciation for their human rights, from people who only seem to care about Palestinian rights. Under human rights law, Jewish refugees do have substantive claims for which there is no statute of limitations – to remembrance, recognition and redress, a notion that includes compensation.

The biggest obstacle to this campaign seems not the foreign or leftist press but mind-numbing ignorance among Israeli Jews. According to a poll released by the WJC to coincide with the international conference, 54% of Israeli Arabs are more likely to link Jewish refugees from Arab countries with Palestinians displaced from Israel, compared to only 48% of Israeli Jews. Even more worrying, 96% of the Jewish population was found to have no knowledge of the issue, compare to 89% of Israeli Arabs.

Read article in full
Posted by bataween at Sunday, September 23, 2012

The Arab and Arabophile endeavor to redefine the concept of refugee ought to be refuted intensely. Otherwise, they will win more ignoramuses to their side. Ashrawi of course was ridiculous in denying that the Jews who came from Arab lands after 1948 were refugees. I have read an article or two by Michael Lasker where he describes how Jews were robbed of personal belongings by airport officials as they fled the country in fear for their lives. If this is not a refugee experience, what the hell is?
btw, the article at the link describes the present condition of synagogues in Egypt. A sad story:
http://www.iflac.com/wcje/textHTM/99%20Haaretz%20The%20end%20of%20Exodus%20from%20Egypt.htm

Just a short comment about Yehuda Shenhav who needs a thorough debunking. He says that "no serious researcher in Israel or out, has adopted the extreme claims of the organization [WOJAC]." I'm not sure what "extreme claims" Shenhav is talking about. But maybe we could hear from Prof Rafi Israeli [born Morocco], Prof Moshe Sharon [b. Iraq], or Prof Michael Lasker. Lasker was not born in an Arab country but has described the cruel treatment that Jews were subject to in Egypt, for example. I know that Rafi Israeli is very critical of Islam and has written several books on the subject, including one in Hebrew called [לחיות עם האיסלאם][= Living with Islam][Tel Aviv: Ahiasaf 2006].
Chapter nine in the book "Jews, zionists, and the Jewish State in the eyes of Islam." He writes on p 150 that Islam has "a built in hatred of Jews and Christians." This is in the context of a discussion of jihad and the dhimma status.

I would bet that Prof Israeli [Hebrew Univ and Truman Institute] might just agree with some of the "extreme claims" of WOJAC. But it is clear that Shenhav puts the welfare of Palestinian Arabs on a higher level than that of Jews, whether from Arab lands or elsewhere.

BTW, Shenhav also misrepresents what Nakba originally meant to the Arabs, which was NOT that several 100,000 Arabs became refugees but that the combined might of the Arabs was defeated by the lowly Jews. On this see "The Catastrophe" [or "The Disaster"] by Constantine Zurayk.

Eliyahu,
What's all that Shenhav says about Israel 'blocking' Jews from making individual claims ? Is there any truth in this?

It is a fact that the Bengio family of the US has made individual claim but it is the Egyptians, not Israel, that is blocking it under all kind of pretense.

Shenhav has facts but his interpretation of them is what is extremely dishonest.

Shayna Zamakeni's article doesn't claim that it's intended to deflect attention from the African refugee crisis, rather she says that that's what the campaign has been accused of doing.

The author doesn't say Shayna does claim this.