Why the US bill on Jewish refugees is a Good Thing 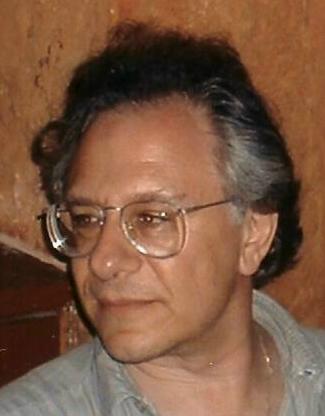 The new bill wending its way through the US Congress House of Representatives mandates equal discussion of Jewish refugees and Palestinian refugees. But already in some quarters there have been murmurs that the bill may not be a Good Thing.

Jeff Weintraub (pictured) is a social & political theorist, political sociologist, and democratic socialist who currently teaches at the University of Pennsylvania. Here is his letter to X, who expressed his scepticism to Jeff about the new bill on Jewish refugees. Jeff has kindly allowed Point of No Return to reproduce his reply here.

"You may have noticed this developing story . I get the impression that this initiative is, at least in part, the handiwork of the admirable Irwin Cotler (or so it has been reported here and elsewhere).

"I am doing some more quick research before I blog about this, not least because the devil is often in the details. But you will probably not be surprised to hear that, on the whole, I regard this initiative as a definitely Good Thing. Of course, there will be the usual knee-jerk negative responses from a variety of sources--not only from people like Yehuda Shenhav, who has a long-time involvement with the issue of post-1948 Jewish refugees from the Islamic Middle East (and is knowledgeable, but wrong, about it), but also from a lot of people who have never been aware that there were any Jewish refugees from the Islamic Middle East, let alone that they account for about half of Israel's Jewish population. And it is true that some of the people supporting this initiative (in the US and in Israel) will be doing so from bad motives.

"I also recognize that opponents of this initiative will include some well-meaning, decent people who genuinely favor an end to the occupation and an Arab-Israeli/Israeli-Palestinian peace settlement (although most people who oppose it will do so for straightforwardly anti-Zionist and/or anti-semitic motives, or from ignorance).

"But, as you know, I think that well-meaning people who reflexively oppose any recognition or open discussion of the way the Islamic Middle East was ethnically cleansed of Jews after 1948 are wrong. And that's not only for reasons of justice and historical truth in the abstract (which are, indeed, valid reasons). The more I've thought about it over the years, the more convinced I feel that recognizing the extent to which the aftermath of 1948 involved a long-term "exchange of populations" in the region as a whole, and overcoming the massive repression of historical memory that has prevented this recognition, is probably a necessary (though far from sufficient!) element in actually achieving an Arab-Israeli/Israeli-Palestinian peace settlement.

"There are several reasons, but one would be enough. As long as Arab public opinion (and public opinion in the Muslim world more generally) believes monolithically that there is no justice or valid moral claim on the Israeli side of the Arab-Israeli conflict (and the Israeli-Palestinian conflict is inescapably embedded in a larger Arab-Israeli conflict), then the only reasons to (grudgingly) accept Israel's existence have to do with cynical calculations of realpolitik. OK, so what? A crucial implication is that under those conditions, making peace with Israel will always feel like a humiliating capitulation to injustice, and moral & political idealism will always favor rejectionism.

"To a so-called international-relations "realist," of course, that will sound like a bizarre argument. But this is one of the many areas where so-called "realists" are wildly unrealistic and, in fact, naive. If governments and populations really acted exclusively on the basis of a sober calculation of "national interests" (as the so-called "realists" themselves define these interests), the world would look very different from the way it actually does. They may not like the way it actually looks, but that's reality (as distinct from "realism").

"And another inconvenient reality is that in discussions of the Middle East, Arabists and so-called "realists" (who often overlap) actually do emphasize the significance of feelings of injustice, humiliation, and resentment in the Arab world (& Iran). Perceptions of justice and injustice really do matter in quite concrete ways--though also, quite often, in complex and contradictory ways.

"On the larger substantive question of how to deal with the consequences this historic population exchange, I am inclined to agree with a formulation offered by Juan Cole in 2004 (which I quoted here ):


Yours for reality-based discourse,

*Jeff acknowledges that since 2004, the thinking on compensation has evolved. Today an international fund for all refugees, to which the US, European, Arab states and Israel would contribute, is the favoured solution. Jeff approves: "That probably is the best way to approach the matter. It covers, and involves, everyone."

Even if the so called Palestinians got a state, that would not be the end of it. Their goal is to wipe out Israel.

The way he equates Jewish refugees (who predate Islam in the Levant by thousands of years) and the so-called "palestinian" refugees, who only came to the land in large numbers in the 20th century to prevent the creation of a Jewish state shows that he is not far from the "ignorants" he talks about.

Well, he is a self proclaimed "democratic socialist"...