The curse of the Aleppo Codex 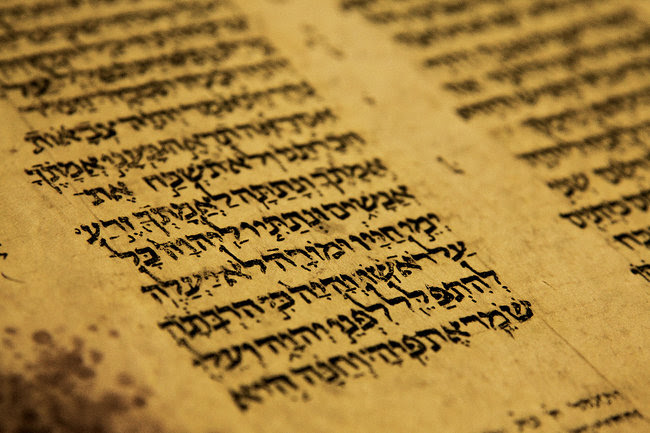 Some 200 pages went missing from the Aleppo Codex after its arrival in Israel from Syria (photo: Michal Chelbin)

Curses and superstitions, and a tale of mystery, murder and deception haunt the Aleppo Codex - the oldest, most accurate text of the Hebrew Bible. If it had not been rescued from the Great synagogue in 1947, fire-damaged in anti-Jewish riots, it would certainly have been claimed as the national heritage of Syria. But its arrival in Israel made it the object of a tug-of war between the Ben Zvi institute in Israel and the Aleppo Jewish community. Some 200 pages went missing, and nobody knows, or is prepared to divulge, who has possession of them. Ronen Bergman has written this long feature for the New York Times, a condensation of a book by Matti Friedman. (With thanks: Michelle)

One day this spring, on the condition that I not reveal any details of its location nor the stringent security measures in place to protect its contents, I entered a hidden vault at the Israel Museum and gazed upon the Aleppo Codex — the oldest, most complete, most accurate text of the Hebrew Bible. The story of how it arrived here, in Jerusalem, is a tale of ancient fears and modern prejudices, one that touches on one of the rawest nerves in Israeli society: the clash of cultures between Jews from Arab countries and the European Jews, or Ashkenazim, who controlled the country during its formative years. And the story of how some 200 pages of the codex went missing — and to this day remain the object of searches carried out around the globe by biblical scholars, private investigators, shadowy businessmen and the Mossad, Israel’s intelligence agency — is one of the great mysteries in Jewish history.

As a small group of us stood in a circle inside the vault in which the codex now resides, Michael Maggen, the head of the museum’s paper-conservation lab, donned a pair of gloves and carefully lifted one of its unbound pages, covered with three columns of beautiful calligraphy, for us to see. The pages were made from animal hides that were stretched and bleached and cut to make parchment; the scribe’s ink was made of powdered tree galls mixed with iron sulfate and black soot. “Considering the difficult conditions that the manuscript suffered over a great many years,” James Snyder, the museum’s director, said, “it is in remarkably excellent condition.” Snyder was happy to talk about how fortunate the museum was to be able to display the codex alongside the 2,000-year-old Dead Sea Scrolls and about the painstaking restoration that has taken place. But he refused to speculate on the sensitive question of where the missing pages, which constitute about 40 percent of the codex and whose value is estimated to be in the many millions of dollars, might be and how they might have disappeared.

To talk to the many individuals who are obsessed with finding the missing portions of the codex or solving the mystery of who stole them, or whose histories are somehow bound up with the story of the book, is to get a glimpse of the power it has held over people for more than a thousand years. In Aleppo, Syria, where the codex was safeguarded for six centuries, it was believed to possess magical properties. It was said that women who looked upon it would become pregnant, that those who held the keys to its safe were blessed, that anyone who stole or sold the codex was cursed and that a terrible plague would wipe out the Jewish community if it were removed from their synagogue. At the tops of some of the pages, the Aleppo elders inscribed a warning to would-be thieves: “Sacred to Yahweh, not to be sold or defiled.” And elsewhere: “Cursed be he who steals it, and cursed be he who sells it.” Among some parties, those fears persist even today.

For a thousand years after the Dead Sea Scrolls were written, the Jewish holy scriptures — the five parts of the Torah and 19 other holy books — were copied and passed down in the various Jewish communities from generation to generation. Some of these texts, according to Jewish faith, were handed down directly by God and included signs, messages and codes that pertained directly to the essence of existence. The multiplicity of manuscripts and the worry that any change or inaccurate transcription would lead to the loss of vital esoteric knowledge created the need for a single, authoritative text. And beyond its mystical significance, a unified text was also necessary to maintain Jewish unity after the destruction of the Second Temple in Jerusalem by the Roman Empire. As Adolfo Roitman, the head of the Shrine of the Book, where the Dead Sea Scrolls and parts of the codex are displayed, said: “One can regard the thousand years between the scrolls and the codex, the millennium during which the standardization of the text was carried out, as a metaphor for the effort of the Jewish people to create national unity. One text, one people, even if it is scattered to the four ends of the earth.”

According to tradition, early in the sixth century, a group of sages led by the Ben-Asher family in Tiberias, on the Sea of Galilee, undertook the task of creating a formal and final text. The use of codex technology — a method that made it possible to record information on both sides of a page, in book form, as a cheaper alternative to scrolls — had already evolved in Rome. Around A.D. 930, the sages in Tiberias assembled all 24 holy books and completed the writing of the codex, the first definitive Tanakh, or Hebrew Bible. From Tiberias, the codex was taken to Jerusalem. But Crusaders laid waste to the city in 1099, slaughtering its inhabitants and taking the codex. The prosperous Jewish community of Fustat, near Cairo, paid a huge ransom for it. Later, in the 12th century, it served Maimonides, who referred to it as the most accurate holy text, as a reference for his major work, the Mishneh Torah. In the 14th century, the great-great-great-grandson of Maimonides migrated to Aleppo, bringing the codex with him. There it was kept, for the next 600 years, in a safe within a small crypt hewed in the rock beneath Aleppo’s great synagogue.

The story of what happened next — how the codex came to Israel and where the missing pages might have gone — is a murky and often contradictory one, told by many self-serving or unreliable narrators. In his book, “The Aleppo Codex: A True Story of Obsession, Faith and the Pursuit of an Ancient Bible,” published in May by Algonquin Books, the Canadian-Israeli journalist Matti Friedman presents a compelling and thoroughly researched account of the story, some of which served as the catalyst for additional reporting here.

Read article in full
Posted by bataween at Monday, July 30, 2012

I suggest that your readers read the book by Matti Friedman ("The Aleppo Codex") mentioned, but not given nearly enough credit for the investigation, in the NYT article.

It is my understanding that people in Aleppo took pages and even scraps from the Codex [called in Hebrew: Keter Aram Tsova = כתר ארם צובא] during or after the pogrom when the synagogue was set on fire in 1947. Hence, the parcelling out of piece of the codex had happened before it came to Israel. We know the story of one man who kept a small fragment of a page in his wallet for years after he immigrated to New York. This fragment was later given to the Ben Zvi Institute in Jerusalem or to the Israel Museum.