The BBC's talent for misrepresenting Mizrahim

Nessrin Kader won first place in a Mizrahi (Middle Eastern Jewish ) song contest, but instead of a feel-good story about how Israeli Arabs are being given the chance to contribute to Israeli society, the BBC twist it into an Israel-bashing exercise. Lyn Julius blogs in the Times of Israel:

Kader’s win is news (more than three months after the fact) only because, in the BBC playbook, Jews and Arabs are supposed to live in an atmosphere of “mutual suspicion and hostility.” In fact, both communities rub along perfectly well in everyday life — especially in mixed cities such as Haifa.

“Ms Kader is not Jewish but part of her winning performance on the show included a Hebrew prayer — a song written to commemorate Israeli soldiers killed by Palestinian militants,” Dawood writes. You can almost hear the BBC tut-tutting its disapproval. As if Arab Israelis, too, cannot be victims of “Palestinian militants.”

For an “expert” view, the BBC journalist consults the oracle on Mizrahi affairs: Rachel Shabi, a far-left anti-Zionist who has built an impressive Israel-bashing career on the strength of her Iraqi-Jewish parentage and book “Not the enemy.”

“Mizrahi Jews”, Shabi argues, “are cultural victims of the ‘European’ establishment in Israel, despite a majority population which is Middle Eastern.”

This charge is a brazen lie: In Israel today, Mizrahi music is all the rage, with the grandchildren of Mizrahim rediscovering their roots — while popular European-Jewish culture, cuisine and music struggle to compete.

Discrimination was a real issue in the 1950s, but Shabi’s thesis is nowadays looking increasingly bedraggled. Barriers between ethnic groups are fast disappearing, and intermarriage between Ashkenazim and Sephardim is running at 25 percent. The average Israeli no longer remembers whether he is Ashkenazi or Mizrahi. Today the ethnic card is usually played by people who have failed to make it in Israeli society.

Shabi’s political agenda is to misrepresent both Mizrahi Jews and Palestinian Arabs as victims of Zionism — an agenda as representative of the great majority of Mizrahi opinion as a snowball in hell. “If you look at Israel, how it presents itself is European, despite a majority population which is Middle Eastern, if you combine the Palestinian Israelis and Jews of Arab or Muslim lands,” she claims.

But to unite the two populations is to mix apples and pears: even “Arabized” Jews are not Arabs. They do not suffer an identity problem, as the article snidely suggests; they simply refuse to have their identity defined for them by Arabs and anti-Zionists. Even the BBC journalist grudgingly concedes that “despite several areas of common ground, there is no real closeness.”

To read this article you would never guess why hordes of Mizrahim would willingly choose to put themselves through the mill of cultural oppression that is Israel. But the truth is that such obstacles as they encountered were a walk in the park compared to the persecutions and pogroms they had endured in their countries of birth. There, discrimination was enshrined in law. But you will never learn such inconvenient truths from the BBC or from the lips of Rachel Shabi, whose goals are to whitewash Arab anti-Semitism in order to attack Israel’s “Ashkenazi” elite as European colonialists. They maintain that the Mizrahim simply “arrived” in Israel from countries like Morocco, Tunisia, Iraq, Yemen and Iran in the years following its establishment — like aliens from the planet Zog. 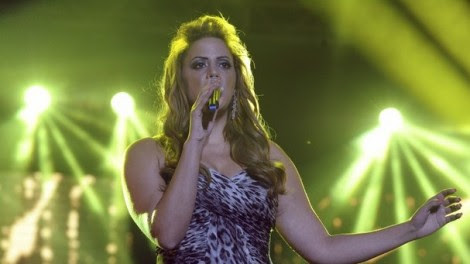 To claim that the “Mizrahim” are a group that is still economically disadvantaged and under-represented in Israel’s institutions of power is a sweeping and misleading generalization. Mizrahim have risen to the highest echelons of politics and the army, are successful entrepreneurs, doctors and bank managers, and they have held every ministerial office except that of the prime minister.

Another of the BBC’s insiduous tropes is to infer that the Mizrahim in Israel “stole” their culture from the Arabs.

“Ala Hlehel, a well-known Arab writer and cultural commentator, says Mizrahi music is very popular in Israel but he insists its roots are Arab,” the journalist writes.

This accusation recalls other culture wars, such as that over hummus, which Arabs have claimed was stolen from them by Israelis. But Jews in the Middle East have been eating hummus at least as long as Arabs, and probably a good deal longer. Again, we are witnessing Arab denial of a separate Mizrahi identity: What has come to be seen as Arab is actually Middle Eastern and North African.

The article quotes Hlelel: “He feels the music is an imitation of Arab music utilising similar instruments and vocal techniques.” Such a lie would make great Jewish musicians, such as the al-Kuwaity brothers in Iraq, turn in their graves. In fact, Jews — the native inhabitants — have made an enormous and original contribution to shaping the region’s musical culture, especially since, at various times, Muslims were banned from playing instruments.

Hlelel concludes with this nasty jibe at Mizrahim, while conjuring the anti-Semitic image of the money-grabbing Jew: “They don’t want any relationship with us because it will make them less in this country if you are connected with Arabs. And yet they make a lot of money from this music, which is Arab and the most popular music in Israel.”

So is Mizrahi (sorry, Arab) music the object of discrimination, or the most popular in Israel? Make up your mind, BBC!

Of course they do. The BBC is essentially a neo Nazi newspaper when it comes to anything vaguely Jewish. This in itself isn't news.

the theme that the Jews cannot create culture on their own is an old Judeophobic theme in Europe, especially in Germany